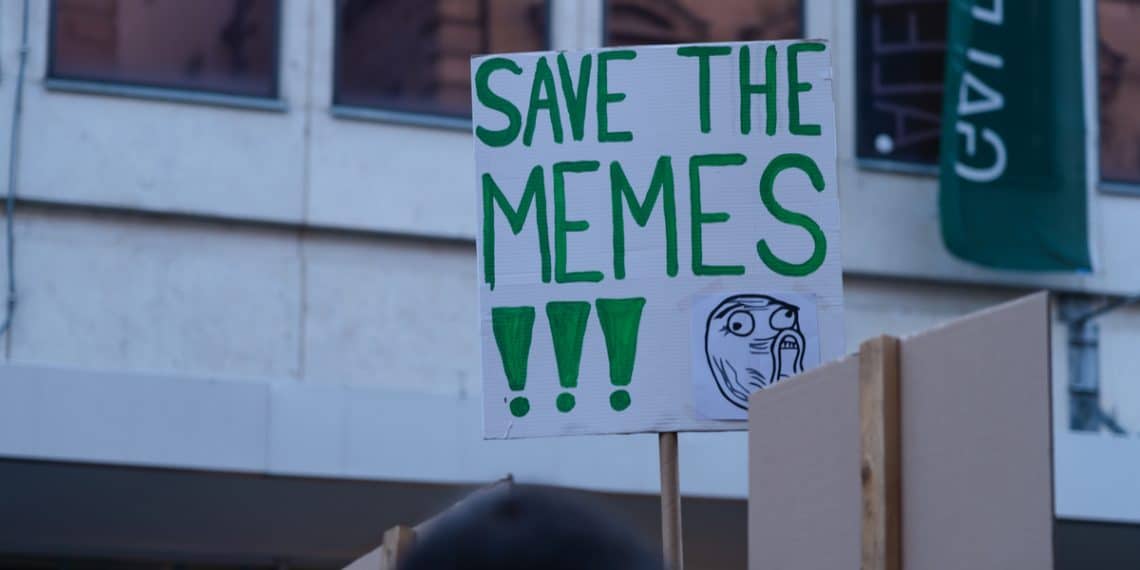 Love it or hate it; you cannot ignore politics! So, if you find yourself exchanging political memes amongst friends and your close circle, well, you’re not the only one! These days, several hysterical political memes seem to be doing the rounds, and they are sure to leave anyone in splits, whether they understand the nitty-gritty of politics or not! Here’s compiling a list for you to have a good laugh!

Not Fair at All, but Hey, Racism Is a Real Thing!

Be it the rise of Isis or the mass surveillance, the tax cuts for the wealthy or immigration reforms, the excesses of Wall Street, or the challenges of Main Street; the U.S. was quite torn apart after George Bush served his tenure. His term saw America suffering from the aftermath of two wars, the worst kind of recession history has ever seen, and a disastrous reputation worldwide. Even eight years of Obama could not undo the damages Bush had already done!

Maybe Even Donald Duck Would Have Made a Better President!

Donald Trump had become quite an infamous personality by saying outrageous and derogatory things about women, minorities, and immigrants during his presidential campaign. Also, since his catchphrase seems to be: “You’re fired!” he is someone who does as he pleases, lending a deaf ear to anyone else. His zero experience in politics is further complemented because he hardly takes any interest in the broader world.

What’s worse, he is a terrible financial manager, having filed for bankruptcy four times!! Now while you let that sink in, did we mention he has a morally questionable life?

Sitting on the Fence, Anyone?

Do you call yourself apolitical? Well, probably it’s not something to be proud of! One should have a voice in how their country (and the world, in general) is being run; if we can think about sports, celebrities, and even viral tik-tok videos, then why not about politics? The current state of your government deserves as much your attention, if not more!

Politics is all-encompassing and is not limited to casting your vote once in five years. Even if you have the class privilege to disengage yourself from politics and its consequences, realize that it’s a luxury.

Right to Vote Is Not a Matter of Joke, After All!

Being neutral toward government action is not desirable. After all, we live in a democratic world where an elected government determines our social and civic rights. From the growth, storage, distribution, and access of food, to public transport, to the kind of education you receive, the newspaper you read, and even who you marry, everything in politics. So, if you feel stupid people are running your country, it is up to you and millions of people like you to take a stand and exert your voting rights.

That’s the only way to do away with stupidity in politics, rather than creating the political memes.

Covid-19’s Got a Good Sense of Humor!

Irony got to a new level altogether this year with this man! During a presidential debate, Trump had made fun of Democratic nominee Joe Biden for wearing a mask. And soon thereafter, he, along with his wife Melanie Trump tested positive for COVID-19! It was very evident that he did not take the pandemic seriously, which explains how, amongst some messages of concern, there were way too many jokes and political memes on how Trump learned his lesson!

Reaching the New Lows of Racism

Ex-American President George W. Bush arguably initiated the demonization of Muslims. U.S. has lent support to endless wars in the Middle East, leading to a U.S. foreign policy that blindly kills black and brown people abroad. Bush started making the suffering of Muslim communities acceptable to the American public. Over the years, this has also resulted in a huge death toll and massive devastation in multiple wars in Iraq, Afghanistan, Pakistan, and Syria.

Often, we are made to wonder, how did we degrade from Lincoln to Trump? Agreed, right? What heightens the irony is that Trump often likes to compare himself with Lincoln! As many would agree, while Lincoln is widely regarded as the best President America has had to date, Trump is touted as the nation’s worst chief executive.

The minimum wage in the US has seemed to have arrested inflation. The same has remained unchanged since 2009 at USD 7.25 per hour. The minimum wage in line with inflation since 1968 should ideally have surpassed USD 17 per hour as of date. A 2016 survey found that 52% of voters felt that the minimum wage should be at least USD 15 per hour, but the government has conveniently ignored it.

It’s All About Capital in the US

With the capitalist lobby that the US cultivates, the wedge between the wealth distribution between the rich and the poor has been increasing forever in the US. The government has always massaged capitalism further, thereby completely ignoring the plight of the middle class and poor.

Yeah, Even His Hair Would Be at Peace Away From Him

Donald Trump has often been throwing outrageous statements in public without any concern regarding people’s reaction to the same. Be it proudly justifying that coronavirus is a hoax or his take that any step down from the well-known ruthlessness of the US in global war and peace scheme of things shall obliterate the US as a country, his public appearances have promised to deliver more memes than attracting votes. His stupidity is so consistent that even his hair would look forward to taking a breather through some time off from him.

SEE ALSO: 13 Funny Movies On Netflix to Make You Laugh Like Crazy

Looking at Trump’s foreign policy, even an apolitical person can figure out how poor a performer Trump is. His foreign policy, be it with China, Russia, or Iraq, has been vacuous, without any proper strategy or objectives. The way he managed his relations with other countries had absolutely nothing to do with safeguarding and advancing U.S. interests. If one was to review his foreign policy report card, he/she would hardly find anything beyond failing grades!

Can We Have a Normal President for a Change, Please?

Even till a few days ago, coronavirus claimed the lives of many people in the U.S., and while the world continues to fight the pandemic, Donald Trump released a forty-six minute videotaped speech from the White House, where the death toll was never mentioned. Instead, he chose to focus on comparatively way more trivial matters such as vote fraud in the elections, how it was ‘statistically impossible’ for Joe Biden to win, and so on. It looks like Trump is far whinier and more self-absorbed in defeat!

Released straight to Facebook, the speech had Trump repeat many of the election conspiracy theories, and what not! Have we not had enough craziness already?

We hope you had a good laugh while reading these hilarious political memes, and the creators deserve a huge shout out for coming up with these!

Supreme Court Justice Ruth Bader Ginsburg Passes: The Impact of Her Death on the Nation and Politics

Scott Barnes Cosmetics – What We Love and What We Hate

What Makes Apotheke So Popular (Are Their Products Good)?