If Staying at Home is Getting You Down, These Movies Will Brighten Your Day! 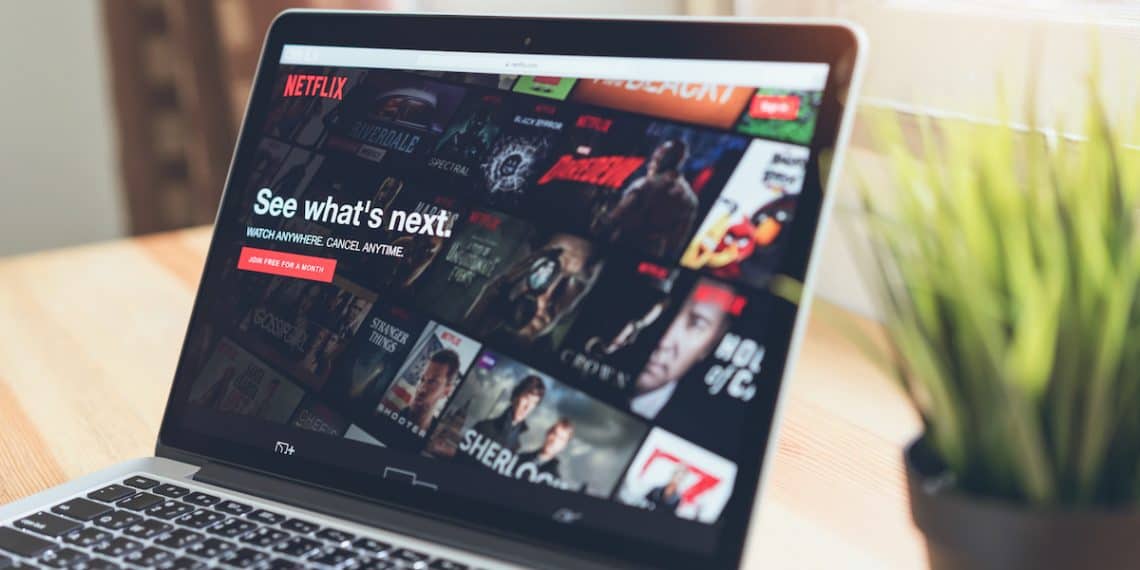 With the ongoing pandemic caused by Covid-19, millions of people are stuck inside their homes. And when you are stuck in one place for that long, it’s easy to run out of things to do. You can try decorating, cooking, crafting. But eventually you will get bored. Many people to escape their boredom have turned to streaming services such as Netflix. So if you need to entertain yourself, watching a funny movie can help cure your boredom. Netflix is filled with comedies that will have you rolling on the ground with laughter. We all need a little pick-me-up in this dark time. So for those of you who really need a laugh, this list of Netflix’s funny movies will help get you through your quarantine.

To All the Boys I Loved Before

This Netflix breakout romantic comedy stole the hearts of teenage girls around the world. Follow Korean-American protagonist, Laura Jean, as she navigates the many pitfalls of love in high school. This movie is fun and heart warming for the whole family. Plus if you are looking for time to kill you can read the books and watch the sequel.

If you need a night to think about your gal pals, this is the movie for you. Someone Great shows three best friends having one last hoorah together in New York City. They party hard and talk about boys, but mostly they bond over how much they love one another. Start a FaceTime date with your gal pals and watch this movie together while you reminisce about all the great times you have had.

Always be my Maybe

You may already know Ali Wong from her many irreverent standup specials on Netflix. She steals the stage in this rom com about childhood friends falling in love as adults. Like everything else Ali Wong does, this movie is absolutely hilarious and will have you begging for more. This Netflix funny movie is definitely a must watch.

Not your typical Harry Potter film. In this film Daniel Radcliffe takes a sharp turn away from his child acting days and plays a dead body being dragged through the woods. Swiss Army Man is not what you would expect out of a comedy in any way. From its odd premise to its beautiful visuals, this movie will have you intrigued the whole way through.

The Edge of Seventeen

If you want a movie about teen angst, this is one of the best ones to come out in several years. You will laugh as you see teenage Hailee Steinfeld have a series of uncomfortable and awkward teenage moments. But along with its humor, The Edge of Seventeen is a heartfelt look at what it means to be a teenage girl in today’s world.

This is another one of Monty Python’s laugh inducing movies. Life of Brain is about a boy born on the same day as Jesus who is mistaken for the Messiah. He goes on many misadventures throughout his life, all while growing a following who inaccurately believe he is the son of god.

Wine Country is another movie for the gal pals. With an all star SNL cast including Amy Poehler, Maya Rudolph, Tina Fey and so many more, this movie is the epitome of female comedian friendship. It is all about friends getting drunk together in Napa Valley for a reunion. Really it’s the kind of friendship we all dream of having.

Scott Pilgrim vs The World

If you have never seen this absolutely brilliant movie, now is the time. Based on the graphic novel series by the same name, Scott Pilgrim stars Michael Cera at his Michael Cera-est. This quirky comedy is part film, part comic book, and part video game. It is awkward and hilarious with lines you will be quoting for days.

You probably haven’t seen this one in years, but it is time you revisit it, because Spy Kids holds up. It’s a funny and fun adventure that we all wanted to go on when we were kids. If you are a parent whose kid is home from school this is a perfect movie for the family to watch together. Plus, Antonio Banderas always seemed like a cool dad, but watching it as an adult you will realize he is a daddy. So there are benefits for people of all ages.

Cat in the Hat

Maybe you blocked out any memory of this live action movie. Based on the beloved picture book by Dr. Seuss, this comedy is wild. It has recently regained a following online for its many wild moments. Mike Myers’ performance as The Cat in the Hat has been wildly described as chaotic evil. You might not love this movie by the end, but you will certainly be entertained.

This Netflix funny movie is all about Medieval nuns gone wild. If you are looking for an unapologetically raunchy comedy, this is the one for you. It was one of the most unexpected comedies out there. But beware, this one is not for the faint of heart.

Being stuck at home might have you thinking about all those alternative ways of making money, like being a cam girl or a sugar baby. This comedy is here to inspire your money making goals. Follow a young journalism student as she becomes a sugar baby and deals with all the drama that goes along with it.

John Mulaney’s standup specials have consistently been hilarious and amazing. With Sack Lunch Bunch he took a different turn form his usual standup routine. This special is a mock 80s kids show a la Reading Rainbow or Mister Roger’s Neighborhood. The show is filled with hilarious bits from Mulaney and his cast of kids. It is a must see.

Health Tips: Why You Should Add CBD Snacks In Your Diet