How Perry Mattfeld Got Ready to Play a Blind Person for Her Role In the Dark?

Although Perry Mattfeld is not blind, there are visually impaired crew members who helped her to prepare for the role! 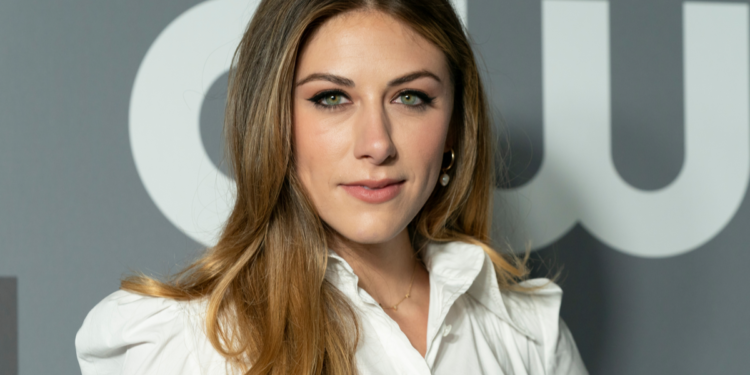 It is fascinating to observe the character of Perry Mattfeld in the 2019 released drama In the Dark. However, the role was not possible to pick up overnight. The talented actress had to work hard for a striking performance.

As Murphy, she definitely does not care about what others think about her. Without any hesitation, the lady openly declares her love for sex. However, the bold character won more hearts as Murphy is blind too. This is not something that you will get to understand from the first scene. However, as the story unfolds, you will soon find out that the poor kid lost her eyesight in childhood.

Want to know how actress Perry Mattfeld prepared for the difficult role? Read on!

Intriguing Facts About the Drama

Anybody not familiar with the story of In the Dark will find the name quite interesting just at the first look. The show revolves not only around the struggles of a blind girl; it is about a murder mystery which Murphy is going to solve!
For the CW series, undoubtedly, Mattfeld spent a lot of time on the homework. In a recent interview, she explained that this was her first work on TV. And of course, the challenge came along with a bunch of excitement. As a result, In the Dark brought mixed feelings within the young actress.

How Perry Mattfeld Prepped up for the Role of Murphy?

In the beginning, Perry Mattfeld was also skeptical about her performance. But after a few episodes, confidence took the place of anxiety and everything became very normal. According to her, the inspiration behind her character is Lorri Bernson, one of the prominent figures of Guide Dogs of America.

On the first day, the actress just spent some time in Bernson’s house. On that day, she managed to understand the responsibility she has for the show. It was really a superb opportunity to spend a beautiful day with the lovely lady. Besides, Mattfeld also followed the activities of the cute pooch, the guide dog in real life.

While talking about portraying a blind, Perry Mattfeld mentioned the name of a blind writer in the team. The makers also roped in blind actress Calle Walton in a role. Both of them have inspired her to shape the character on the screen. Basically, the crew got the intricate details and insights directly from their personal lives, which helped the show to come alive.

Additionally, Mattfeld also expressed excitement about the fantastic job of the creatives. It is only because of them that the actors got the enthusiasm to make the show look more authentic. The project is on guide dog users. Interestingly, in real life too, the actors used to have guide dogs!

What makes Into the Dark unique?

It is really an interesting fact that more than 80% of the writers of the show comprise women. In fact, there are members belonging to the group of LGBTQ and the community. Therefore, it is evident that the makers believe in gender and racial inclusion. Perhaps this is what makes the show more balanced, presentable, and real to the audience!

Mattfeld opined that the show is not just like another show. She seemed confident that In the Dark will impact millions of people. In every step, there is a social message along with thrilling and captivating events. It teaches you that incapability of seeing this world is not a problem at all. Life becomes easier when you have the support of a guide dog!

If you haven’t watched the latest season of CW’s In the Dark yet, check out the trailer!

The Impact of the Show on the Society

When it comes to promotion, CW never misses a chance anywhere. Hence, even before the show came on-air, Murphy became a familiar name in American households! Along with the show, Perry Mattfeld too became popular too!

As per Perry Mattfeld, portraying the character of Murphy brings her immense pleasure from within. Since the writers penned down their real-life experiences, it was easier to play the characters after consulting with them. A story that is so real from all aspects has a unique taste and aura. Hence every team member feels it is a part of their real story. Therefore, every time you watch it, you will come across something fresh and raw!

What Nathalie Kelley Learned During Her Vampire Diaries Days