Want to know more about the the relationship between Pablo and Liev Schreiber? Read on to find out how they are related and what started their rivalry. 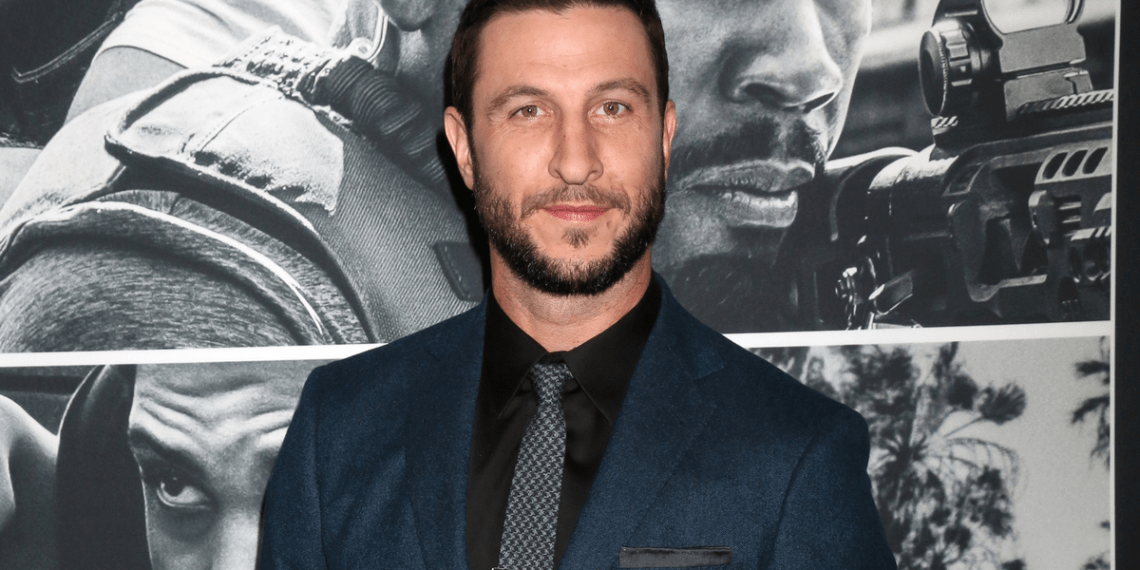 It isn’t often that we find siblings working alongside each other in the film industry. And it is even less so that they are both well-known and accomplished. Pablo Schreiber and his half-brother Liev began their careers at different times. But they both managed to win over Hollywood with their amazing performances and raw talent.

Who is Pablo Schreiber?

Pablo Schreiber is a 42-year-old Canadian-American actor best known for his work on The Wire, American Gods, and Orange Is the New Black. He has been active in the film industry since 2001 and consistently appeared on screen every year, without a break.

Over the past twenty years, Pablo has had a fairly illustrious career. He has been featured in 29 films and 30 TV shows, often as a recurring role. The talented actor has even starred in an Off-Broadway production, narrated three audiobooks, and voiced the protagonist of Halo’s upcoming live-action series.

Pablo was born in Ymir, British Columbia, but moved to Winlaw when he was six-months-old. He studied theatre at Carnegie Mellon University, graduating in 2000 and beginning his career the following year. In 2015, Pablo was nominated for a Primetime Emmy for Outstanding Guest Actor in a Drama Series for his impressive performance as the guard, George “Pornstache” Mendez, on Netflix’s original television show, Orange Is the New Black. He earned a Young Hollywood Award a year prior for the same role.

Who is Liev Schreiber?

Liev Schreiber is a well-known American actor who has appeared on screen since 1994. The 53-year-old was born in San Francisco, California, and is Pablo’s older half-brother. When Liev was just a year old, they moved to British Columbia. It was there that his mother was repeatedly hospitalized due to a bad LSD experience she had years before.

After his father threatened to send his mother to a mental institution, she fled with her son. His mother avoided private detectives until Liev was three when his father found him in New York. He was with his father only briefly before his parents divorced and fought for custody. His mother ultimately won, and he remained with her in New York while his father lived in British Columbia, eventually remarrying and having his half-brother, Pablo.

Since he was young, Liev grew up in the theater world. He first attended Joffrey Ballet School of New York as a child, and then went on to study it in college. He earned a master’s in drama from the Yale School of Drama in 1992. Then he was cast in indie films two years later.

His career took off after being cast as the accused murderer in the Scream trilogy beginning in 1996. Riding on that success, he landed the role of young Orson Welles in RKO 281, which earned him an Emmy and Golden Globe Award nomination.

He was cast for the title role in the T.V. show Ray Donovan and appeared in other notable films such as X-Men Origins: Wolverine, Spider-Man: Into the Spider-Verse, and The Sum of All Fears. Liev is also a famous classical actor and received rave reviews for his characters like Shakespeare, Hamlet, Laertes, and Macbeth. He won a Tony Award in 2005 for his performance in Glengarry Glen Ross and won multiple awards in 2015 for his role in Spotlight. He has also found incredible success as a voice actor and narrator.

Liev Schreiber began his acting career long before his younger brother Pablo did. When Pablo moved to New York to pursue acting, Liev did not know what to make of it. He was unsure whether Pablo was serious about this career and whether he was even talented. Pablo joked that his older brother was worried that he would either embarrass him or steal his spotlight. There might have been a slight sibling rivalry in the early years since they competed in the same field, but their relationship never suffered.

The rivalry quickly ended, though, as both brothers received praise for their talent and stellar performances. In 2005, Liev won a Tony Award–the exact category his brother was nominated for the very next year. Pablo didn’t want to be known as Liev’s brother, so he carefully entered the industry on his own merit and forged his own identity and work life. The two have a very healthy family dynamic and have always supported each other.

Pablo and Liev Schreiber are both incredibly talented actors on screen and stage. They each have an extensive resume and titles to their name, proving their individual skills. By the time Pablo entered the industry, Liev had already made a name for himself. The younger brother had some big shoes to fill, but Pablo worked hard to create his own career based on his performance rather than his connection.

They’ve always had a good relationship and never felt threatened or unsupported by each other. Both actors have work lined up for the upcoming year, so we can’t wait to see what they put out next!