New York Gal » What the Future Holds for Mercedes Kilmer?

Mercedes Kilmer is a young artist with a unique vision! 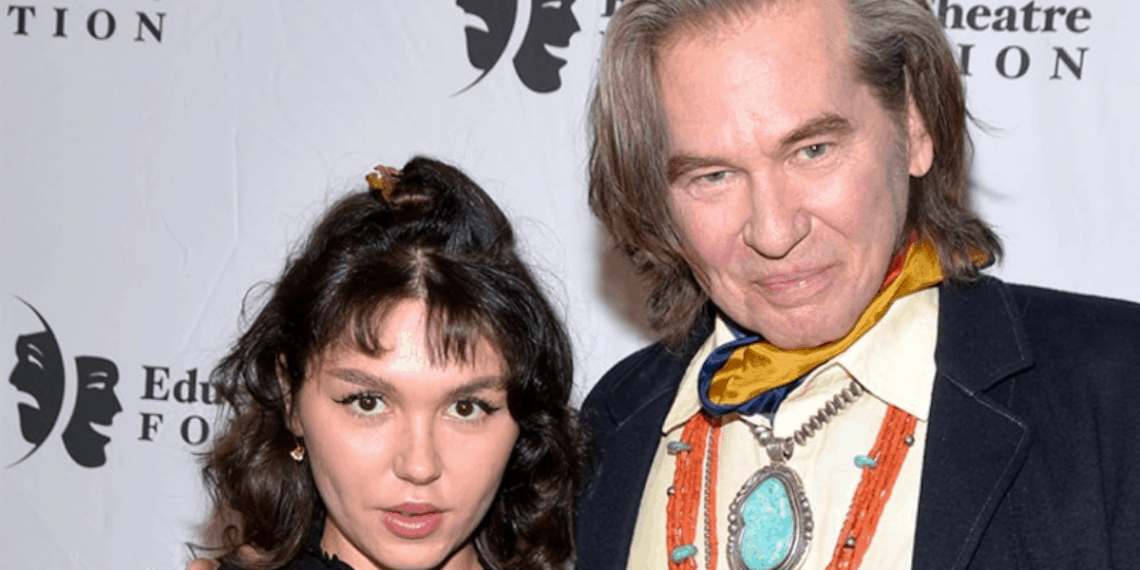 Many would say that Mercedes Kilmer was born with a silver spoon, and why not? After all, to date, she is best known as Van Kilmer’s daughter! An American actor who rose to fame following a spate of hits in comedy films, Van Kilmer has starred in a string of popular comedies in the mid-1980s, namely ‘Top Secret!’ (1984) and ‘Real Genius’ (1985), along with the military action film ‘Top Gun’ (1986) and the fantasy film ‘Willow’ (1988). However, it looks like Mercedes Kilmer is all set to carve out a niche for herself in the entertainment world!

The Perfect Launch for the Budding Actor!

The 28-year-old budding actor made her acting debut with the thriller ‘Paydirt’ along with her 60-year old father. This feature film is centered around a parolee who gets together with a senior crew and sets off to find a buried bag of cash stolen during a DEA bust gone wrong. Written and directed by Christian Sesma, this 2020 release was actually shot in December 2019.

Mercedes claimed that working with an actor with a voice disability was an eye-opening experience for her. The film had Kilmer’s dialogues dubbed by voiceover artist Jesse Corti since Kilmer’s dialogue delivery would be difficult to decipher.

In 2015, Van Kilmer had to go through a tracheostomy. The procedure left his voice completely altered. He not only has a hard time speaking but is barely understandable, as his voice is quite raspy.

In one of her interviews, Mercedes Kilmer also mentioned that her father had never seen her acting before. She had always kept that persona hidden from her parents. But she acknowledges the honor of sharing the frame with the iconic actor that her father is! It is quite a historical move to have a lead actor with a speech disability cast in an action flick.

Kilmer’s Attempt at Setting a Benchmark

While it is indeed special for Mercedes Kilmer to have her real-life father as her onscreen father, too, she is particularly inspired by the idea that her father’s performance might lead to a significant shift in the entertainment industry as far as hiring actors with disabilities are concerned. She plays the role of Jamie in this heist movie, the daughter of local sheriff Tucker, played by Van Kilmer.

Kilmer hopes that her father’s performance, which marks his comeback after the tracheotomy, will motivate other actors with disabilities to take the plunge. In an interview, she mentioned that hiring more disabled actors adds more liveliness to work and opens doors for different communication kinds. She also added that the shooting was a challenge for her since it brought to light her limited training.

Mercedes Kilmer: A Thoughtful Youngster With a Vision

Mercedes Kilmer grew up in New Mexico, away from the limelight of Hollywood. She had always enjoyed a private life, even though the friends and family she was from belonged to the entertainment industry. All through her growing up years, she had nurtured a passion for performing but was apprehensive of being compared to her father in Hollywood. Kilmer feels many compelling stories and experiences are waiting to be told. She emphasized that she is looking forward to sharing screen space with actors who have had different physical experiences and lives than her. She is keen to see more people of different abilities presented on celluloid, which will enrich the art of acting.

It looks like we have a modest, down-to-earth artist in the making!

The Crown: Your New Netflix Binge

Fifteen of the Most Unique West Village Homes (