If you've ever wondered if Thomas Gibson and Mel Gibson are related, we've got answers. Learn more about the lives and careers of these two talented actors. 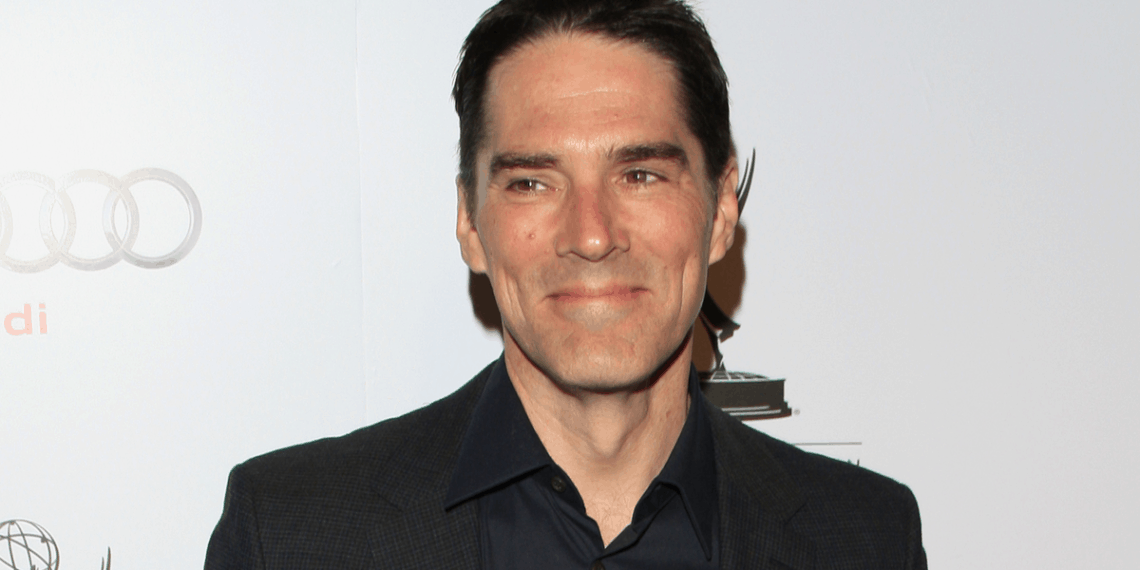 Those familiar with Thomas Gibson may have found themselves wondering if he is related to the famous American actor, Mel Gibson. Often when we hear about two actors with the same last name, we assume that talent and fame must be part of the family business. It might be safe to assume that Thomas Gibson could potentially be one of Mel’s nine kids – yes, you read that right! Continue reading to learn more about each of these talented actors and whether or not they see each other over the holidays for family dinners.

Who is Thomas Gibson?

Thomas Gibson is an actor from Charleston, South Carolina, who has been acting since 1987. He began his acting career at just nine years old while working in a children’s theater, and as he became a teenager, he began classical theater training at the Young Charleston Theater Company. To continue his study and education, Thomas attended the College of Charleston and later won a scholarship to the prestigious Julliard School. Over the next ten years, he continued to act on both on and off-Broadway shows, including plays by Shakespeare, Alan Ball, Tennessee Williams, and Howard Brenton.

What Have You Seen Thomas Gibson In?

After a long and successful theater career, Thomas Gibson transitioned into television in 1987. His first role was as a guest on Leg Work, a legal drama, followed by his move debut in 1992’2 Far and Away, in which he worked alongside Tom Cruise and Nicole Kidman. Since then, Gibson has gone on to star in countless movies and television shows over the last thirty-four years; however, none of his roles have garnered him as a significant amount of attention as his role on Criminal Minds. Gibson took on the part of Aaron Hotchner in 2005 and continued to portray the FBI’s heavyweight for eleven years.

Who Is Mel Gibson?

Mel Gibson is an American actor, film director, producer, and screenwriter who is best known for his heavy-hitting drama and action hero roles, such as Max in Mad Max and Martin Riggs in  Lethal Weapon. Born in New York and raised in Sydney, Australia, Gibson began his career in the 1970s and saw his fame take off in the early 1980s. While much of Gibson’s work as an actor and a director has received both public admiration and critical acclaim, he has not led his life without its fair share of controversy. Mel Gibson has been accused of racism, anti-Semitism, homophobia, and abusive behavior towards his partners over his career.

What Have You Seen Mel Gibson In?

Mel Gibson has a significant body of work to show for his over a forty-year career in show business. As a classically trained actor Gibson has had plenty of stage roles and many roles in Australian television and cinema. In 1984, he made his Hollywood debut and has maintained a household name as an American actor since, starring in roles in Lethal Weapon, Braveheart,  The Patriot, and even the Disney film Pocahontas. Aside from Gibson’s acting career, he has served as both a producer and director for films such as The Passion of the Christ and Apocalypto.

While both of these men have turned their hard work and dedication into fame, fortune, and an immeasurable amount of talent, it is only natural to wonder if there is a relationship beyond show business – are these two actors related to each other? It may come as a shock, but Thomas Gibson and Mel Gibson are not related to each other at all! Even though Mel Gibson has an incredibly expansive family (remember the NINE kids?), the only thing these two actors share is a similar job description. Although Thomas Gibson and Mel Gibson have contributed enormously to their industry, they are not related in any way.

Have Thomas Gibson And Mel Gibson Ever Acted Together?

If there is one thing that both Mel Gibson and Thomas Gibson share, it is their extensive bodies of work. These two actors have been an active part of the business for decades and have contributed such outstanding performances and examples of incredible work to their peers and their industry. While they have never worked together on the same project, one can’t help but wonder if the two will someday work together on stage or behind the camera. If they ever did end up on the same project, we are pretty sure that the result would be a fantastic piece of work!

That Wraps It Up

While it would have been awesome if Thomas Gibson and Mel Gibson were not only incredibly talented actors but also related, it is unfortunately just not true. These two share only a last name and an extensive body of work that they should be incredibly proud of! I guess they each have too much talent to fit into one family. We may never get holiday selfies on Instagram, but we can still hold out hope that Mel and Thomas may end up on the big screen together someday!

How To Clean and Perfect Your Resume