Get that "Netflix and Chill" game on (either with babe or solo)! 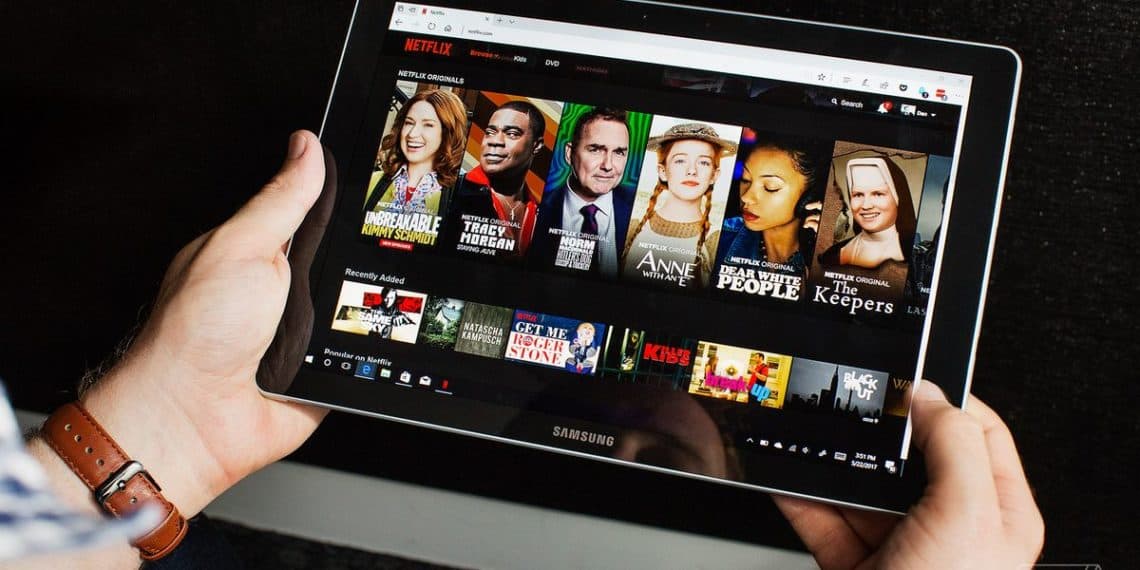 Ever since Thanksgiving, I haven’t had a weekend to myself. From traveling to hosting and to holiday parties, there was always something going on each weekend. Although I feel a bit sad about the holidays are over (the post-holiday slump is a real thing), I look very much forward to some quality R&R time this weekend.

What’s a better way to have a relaxing weekend other than binge-watching shows on our most favorite online streaming service? Whether you’re snuggling with your s.o. or having some solo time, here are some Netflix shows and movies that are worth bingeing!

This show is not for everyone, but if you love psychological thrillers, you should give the latest Netflix show,You, a try. But, if you’re like me, you’ll start watching it because Gossip Girl’s Dan Humphrey (Penn Badgley) stars in it.

Badgley plays the role of a book manager who falls in love with an aspiring female writer (played by Elizabeth Dean Lail, who is known for her role of Anna on Once Upon a Time). The book manager goes to extreme measures, using social media and the internet, to get closer to her. He removes every obstacle, including human beings, to clear his path to her heart.

Tidying Up with Marie Kondo

After just watching one episode, you’ll want to reorganize your whole apartment. World-renowned tidying expert, Marie Kondo, helps clients clear out clutter, and only keep the stuff that brings you joy. Author of the bestselling book, “The Life-Changing Magic of Tidying Up”, Kondo uses the KonMari method of simplifying and organizing homes by getting rid of items that do not bring joy in life. This is exactly the show you need to kickstart the new year!

This new Netflix doc chronicles Taylor Swift’s Reputationtour in Dallas, where she performed the last show of the tour. The film illuminates the singer’s power, dedication, and strength as an artist. It is an inside look into the hard work and devocation the singer puts into her music and performances.

If you’re nostalgic aboutFriends then, well, you can catch more of Jennifer Aniston in this new movie. Based on the novel by Julie Murphy with the same name, the film is about a plus-size, teenage daughter (Danielle Macdonald) of a former beauty queen (Jennifer Aniston) signs up for her mom’s pageant as a protest that escalates when other contestants follow in her footsteps, revolutionizing the pageant and their small Texas town.

The Haunting of Hill House

Halloween isn’t the only time to watch a spooky show. Adapted by the 1957 novel by Shirley Jackson, this series is about a fractured family confronting haunting memories of their old home and the terrifying events that drove them from it. Each episode flashes between the past and present, which adds even more suspense to the show. It has an underlying message of the fact that trauma and memory operate largely in concert with one another, creeping up when we least expect it.

I have to say that I love listening to Australian ascents! If you missed its premiere on Netflix back in September, then you should watch it now. The series is about a woman finding out that she has dozens of siblings due to in-Vetro fertilization. On his deathbed, her dad confesses that she has more than 100 brothers and two sisters. This show will make you laugh and cry at the same time.

If you haven’t gone onThe Great British Baking Show bandwagon yet, then now is your time. For those of you who have been living under a rock, this show is about a talented batch of amateur bakers facing off in a 10-week competition, whipping up their best baked-goods in the hopes of being named U.K.’s best.

5 Reasons Why New Year’s Resolutions Are so Overrated