5 Reasons Why New Year’s Resolutions Are so Overrated

Because I can’t be the only one tired of this “new year, new me” crap. 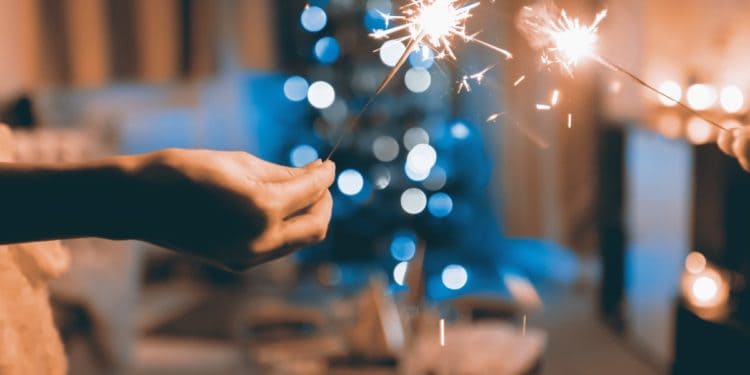 When I was younger (until about 18 or so actually), I routinely made New Year’s resolutions. Inspired by the fact that my father had used this tradition to quit smoking at the turn of the millennium, I thought “wow. What a cool way to kick bad habits and make the next year even better.” But, if I’m being honest, I don’t think I’ve ever seen anyone but my dad actually stick with a New Year’s resolution longer than through January.

I still believe that New Year’s resolutions CAN be a good thing. I mean, I try not to be a constant cynic who doesn’t believe anyone when they make a New Year’s resolution. With enough motivation and perseverance, it absolutely can work out and be a great way to become a better version of yourself.

However, the cynic in me is going to come right out and say it: most people don’t keep their New Year’s resolutions.

I mean, they sign up for the gym and go once or twice in January, but actually “getting into shape” as the resolution suggested is usually forgotten before Valentine’s Day.

So, check out these 5 reasons why New Year’s resolutions are totally overrated. And, maybe, let yourself off the hook this go around.

1. Because They Put Unnecessary Stress And Pressure On You

Let’s get real, y’all. Generally, our New Year’s resolutions involve stopping things we indulged in all through the year (and used the holidays as an excuse to not quit sooner) and then decide we’re going to magically quit like a saint come January 1st. So basically, in the dreariest month of the year, we think we’re going to become better people who don’t fall into our bad habits. May a get a collective eye-roll?

January is stressful enough without the extra pressure of somehow completely changing our habits or working on a long-term goal. And, for what? A tradition that almost no one follows anyway? Yeah, I’ll pass.

Personally, I’ve found WAY more success in cutting back on bad habits instead of denying myself completely. This stressed out woman needs her sugar and I won’t apologize for it! *wink, wink* I will, however, cut back because it’s awful for me. I’ve almost completely cut out lattes with reduction instead of just stopping.

2. Because They Basically Just Set You Up For Failure

A New Year’s resolution usually says, “I am going to completely stop a behavior I am accustomed to, forever”. Or, they set a goal to do something we’ve never made any time for before.

Since we have “a whole year” though, we think we’ll have time (because that worked SO well in the past). Unlike a normal goal (that you know, you can do ANY time of the year), a New Year’s resolution is generally a nearly impossible goal that just sets us up for failure.

For me, the sense of failure from making New Year’s resolutions was getting to the point that I started adding stuff to the list I knew I would easily do anyway just to feel like less of a failure. Stuff like “maintain a B average in school” (when I was closer to an A student) and “grow hair out” (when really, I was just too lazy to cut it).

What works better is being realistic about what you can accomplish. You’re not going to exercise for an hour every day when you literally haven’t all year, stop it. Be realistic about how much time and willpower you actually have.

3. Because They Imply You’re Not Good Enough

New Year’s resolutions seem to stem from this idea of a new year being some kind of metaphorical “starting over” and we feel as if we are somehow going to become completely different people because of it. As if a mere number changing on the calendar makes anything different.

While this isn’t always a bad thing (everyone can always improve themselves), it is still a yearly reminder that we’re not even good enough for ourselves. Perhaps instead of a New Year’s resolution in the form of a goal, task, or quitting a bad habit cold turkey; maybe it’s time to make a commitment to being realistic and not so damn hard on ourselves.

See Also: 3 Big Reasons Why Valentine’s Day Is Overrated Even if You’re in a Relationship

4. Because Change Doesn’t Happen Just Because It’s A New Year

Don’t get me wrong – I am 100% in support of improving ourselves and trying to accomplish our ultimate goals and dreams. However, I don’t think it almost ever happens because we are inspired by something as arbitrary as a new year. Change happens when we commit to it, not just because we say that “this is the year” (it probably isn’t).

5. Because It Makes You Look Pretentious

Pretending that a new year means that you’re going to magically become a different person makes you look incredibly naive and pretentious. Sure, one could argue that the person who always makes a New Year’s resolution is merely an eternal optimist. But frankly, I’m not seeing how always making “resolutions” that you never stick to makes you anything but unrealistic and a bit flighty. Get realistic and make changes when/how you will actually commit to them.