The Future of Netflix is Female 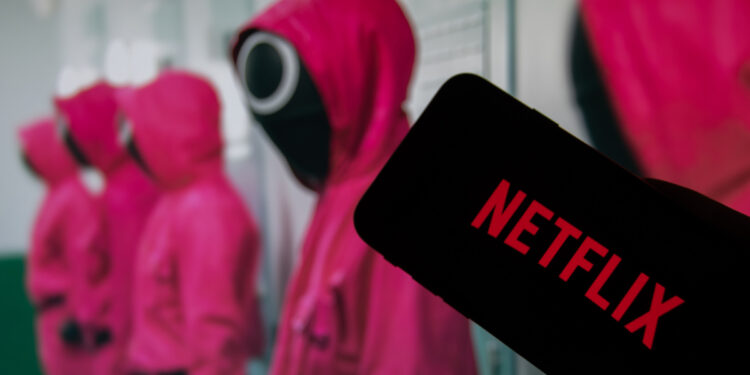 Being an avid binge-watcher and a screenplay writer, every time I come back to Netflix after a break, it has something new for me! However, the most exciting part of the OTT platform is its existing workforce and statistics.

If you are someone aspiring to be a part of Netflix’s workforce, it’s your time to shine now, girl!

Most Netflix shows delve deeper into society’s problems, misconceptions, misunderstandings, flaws, inequality, and biasedness. While some of the shows or episodes might appear too Dark, there are hilarious comedies like Sex Education or Never Have I Ever! While there are shocking, or triggering contents like Wild Wild Country, there are also complex thrillers or teen dramas Elite or On My Block.

Trigger Warning with Killer Mike is another shocking American documentary series streaming on Netflix. It is so relatable because it’s a part of someone’s daily reality at the end of the day. Hence, there’s always more relatable content for someone, irrespective of their regional or language barriers.

Despite the random comments, suggestions, and opinions of people, I mostly rely on the Netflix’s suggestions. My device already knows my search preferences and genres and not just the new releases and top-notch trending global shows! Every time I come back to Netflix, it takes me to the places I’ve never been to or will never otherwise have a chance to visit from my bedroom! For example, a tour of the Bank of Spain in Madrid! Needless to say, their social media posts, too, are hilarious and oddly relatable for the binge-watchers.

However, the most exciting part of Netflix is its existing workforce and statistics. At present, women represents nearly 49% of Netflix’s global workforce in 2020. As per Linkedin and Variety, almost ten out of 22 Netflix global leaders are women. Among them, five American leaders are from marginalized, racial, or ethnic backgrounds. As per media, they have also appointed the first Black woman Oscar Winner for animation, Karen Toliver as their vice president of animated film.

Netflix’s Next Step To Promote Equality and Cultural Diversity

The company has adopted an exclusive hiring strategy, that aligns with its marketing strategy and goals. Netflix aims at expanding target content for Indian women and providing multi-million-dollar training programs for female storytellers worldwide. This is undoubtedly a huge step or commitment towards all the women writers, storytellers, content creators, social media influencers, performers, achievers, and dreamers, who might eventually unlock their keys (talent and skills) to land up in Netflix’s future workforce.

Check Out These Female-directed Films or Shows on Netflix

The list can go on endlessly, and we wish it keeps growing longer and longer. These lists can fuel up so many dreams and passion among the Genzy or Generation Z.

Unlike many other organizations, which claim to practice diversity and equality, Netflix has a proven track record of helping women of diverse backgrounds to establish themselves and to be able to crack the glass ceiling finally!

There’s no denying that the future of Netflix is female, just as Nairobi (Money Heist) likes it! ‘Let the Matriarchy begin!’

Well, charity begins at home after all!