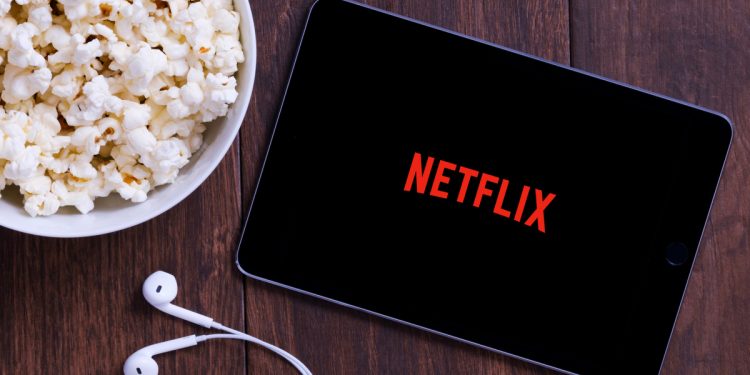 Watching a comedy is always a great way to boost your mood. Whether is be an irreverent movie like Deadpool or watching Ali Wong’s next standup, comedies will put you in a good mood. What better cure for sadness is there than laughter. Bu sorting through all of Netflix’s comedies can be more work than it’s worth. So we have compiled the best of Netflix comedy that will have you rolling on the ground laughing.

Whether you want to watch a Netflix original, or a classic that happens to be on the site, we have got the best list for you. You can also check out all the upcoming Netflix shows to looks forward to. It does not matter if you are here to Netflix and chill or to just have a girls night. The most important thing is to laugh along with these awesome comedies.

With a perfect score on Rotten Tomato how could anyone miss this best of Netflix comedy special. The Comeback Kid is the second of John Mulaney’s three standup Netflix specials. Mulaney is one of the top comedians today for good reason. His humor is appropriate for the whole family, even though it caters to adults. This one is a must see.

After doing one Netflix special while pregnant, Baby Cobra, Ali Wong thought “Why not another?” Watch her irreverent standup as she walks barefoot around the stage completely barefoot. Her performance is brutally honest about all parts of pregnancy, childbirth, and motherhood. She does not hide away from taboo topics, and will have you laughing for hours.

Bo Burnham has one of the most unique styles for standup comedians today. His musical comedy will have you laughing as you sing along. While his humor approaches on dark, it will ultimately make you happy as he sings about being a straight white man or pandering country music. Burnham is a comedic joy like nothing else.

This show is unique for its combination of sketches instead of focussing on a storyline. Portlandia will take you all over Portland with its wacky hipster stereotypes. Staring Carrie Brownstein and Fred Armisen in a variety of rolls, this television show is definitely original. It is perfect for anyone looking for dry edgy humor. Anyone who likes to make fun of hipsters will also love this show.

This Netflix breakout show has taken viewers by storm. It follows a teenage boy, Otis, whose mother is a sex therapist, as Otis teaches his schoolmates about safe sex. Sex Education has all the awkwardness of a regular teen drama, while being extremely informative. The show covers topics such as asexuality, domestic violence, and most forms of sexuality. It will have you laughing and learning at the same time.

Bojack Horseman is dark, heartbreaking, and utterly hilarious. Follow this depressed washed up celebrity as he navigates life in Hollywood. Not only is this show hilarious, but it also confronts serious topics such as addiction and depression. It may not be one of the most joyful comedies, but it is one of the best.

There is no moderate fan of The Office, you either love it or you don’t. The show is known for is dry humor done in a documentary style, which was later coopted by shows like Parks & Recreation. Watch this cooky cast of paper salesmen and women as they go about their job. The constantly get up to antics with plenty of workplace drama to keep you entertained.

Monty Python and the Holy Grail

For anyone who has never heard of Monty Python’s comedy, this movie is a welcome introduction. Their sketch comedy pokes fun at Arthurian legends, as nights go on a quest for the holy grail. It is a joy to watch in pieces or all together.

Breaking up with someone would be so much easier if someone else did it for you. The Breaker Uppers follows two women who do exactly that. Watch as these to women in their thirties creaky fun, awkward breakups for couples in exchange for cash. Its unique premise and fun antics are what make it one of the best Netflix comedies.

The Edge of Seventeen

Looking for a new angsty teen comedy? This one is an amazing choice. Follow teenage Nadine as she tries to handle her best friend dating her older brother. Not only is this movie hilarious, but it is also heartfelt. We all know what it is like to be an awkward teenager just trying to get by. The Edge of Seventeen is easy to connect to, while crying because of laughter.