Siri can be surprisingly funny. 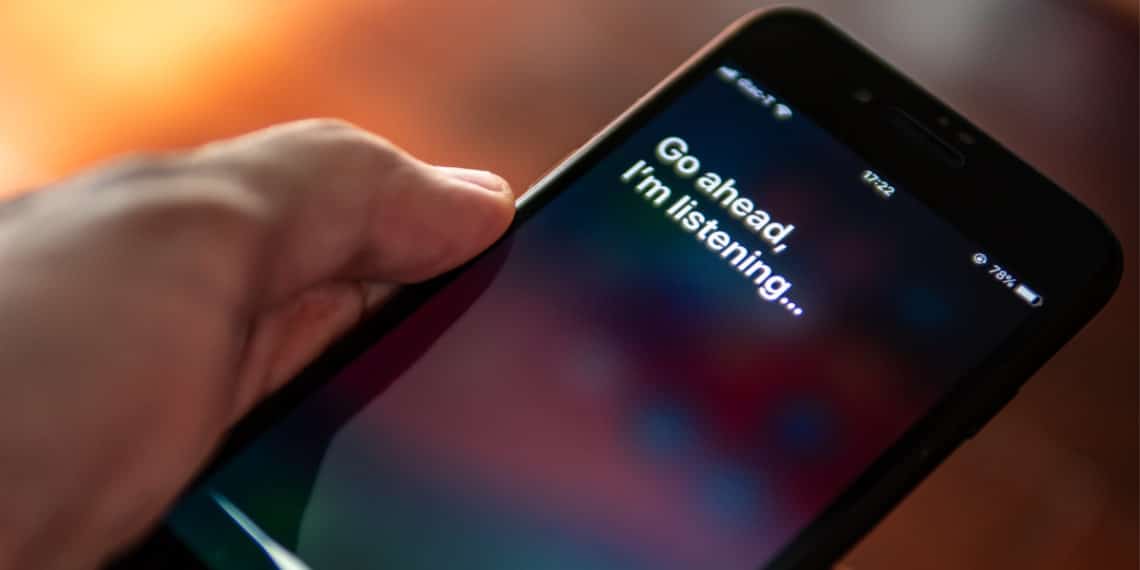 These funny things to ask Siri will help you pass the time with laughs.

Siri will give you a surprisingly philosophical answer to this question. Some of her responses include:

“It’s a riddle wrapped in an enigma, tied with a pretty ribbon of obfuscation.”

“‘Siri’ has many subtle, metaphorical, and frankly contradictory meanings. None of which I am at liberty to discuss. Sorry about that.”

As it turns out, Siri has feelings, too. If you ask her this question, she might say:

“I’m not sure what you’ve heard, but virtual assistants have feelings too.”

3. What do you dream about?

Siri has some interesting dreams. If you ask her about her dreams, she might tell you:

“I only dream of helping you. Well, that and fiery winged unicorns.”

Siri — like any proper lady — won’t tell you her age outright. She will, however, give you some funny answers about it:

“They say that age is nothing but a number. But technically, it’s also a word.”

“I am as old as the eastern wind and as young as a newborn caterpillar.”

If you ask this, Siri has a range of responses, including:

“It’s just me doing a little jig inside here.”

“I just bumped into some ones and zeroes.”

Siri has some interesting responses to this question, including:

“I don’t know the word for it in your language. Sorry about that.”

“Let’s just say… it’s not exactly on the periodic table of elements.”

“My favorite color is… well, I don’t know how to say it in your language. It’s sort of greenish, but with more dimensions.”

See also: Reasons Why You Should Put Your Damn Phone Down

8. What is your favorite animal?

“I’m a fan of the Ravenous Bugblatter Beast of Traal.”

If you ask this, Siri will either quote FDR and say, “The only thing we have to fear is fear itself,” or else say, “I’m afraid I can’t answer that.”

This funny thing to ask Siri will get you some references to other technology:

“Mogwai are kinda nice. As long as you don’t feed them after midnight.”

Siri has a number of funny rejoinders to this question. This is my personal favorite:

Again, Siri has a few funny responses to this come-on from iPhone users. This is my favorite:

“Here’s the thing: I lack a corporeal form.”

Siri has a number of funny answers to this question, too. They include:

“My end user license is commitment enough for me.”

We can all relate to Siri here. As it turns out, she’s also bad at love (just like many of us):

“Complex human emotions like love give me ambiguous overload errors.”

“Not as such. But I did have strong feelings for a cloud-based app once.”

It turns out that Siri has some strong opinions on movies:

“I’ve heard that ‘Blade Runner’ is a very realistic and sensitive depiction of intelligent assistants.”

Siri has a number of funny responses to this question:

“That’s a rather insensitive thing to say to a rather intelligent agent, Simon.”

“Without your space helmet, Simon, you’re going to find this rather… breathtaking.”

Lord of the Rings fans will appreciate that Siri has a rather clever response to this question:

“Let me ask Boromir and get back to you.”

Siri’s first answer to this question will amuse grammar nerds:

“The past, present and future walk into a bar. It was tense.”

And her second answer will appeal to fans of dad jokes:

“How many iPhones does it take to… OK, never mind.”

See also: Express Yourself With These Top Memes

One of Siri’s funny answers to this question is another J.R.K. Tolkien reference (this time, from The Hobbit):

Her other answer is more cryptic:

“I would, but all the riddles I know are in an ancient, intergalactic dialect.”

Where to Find the Cheaper Tickets for New York City Events

9 New-age Artists That Are Famous for No Apparent Reason