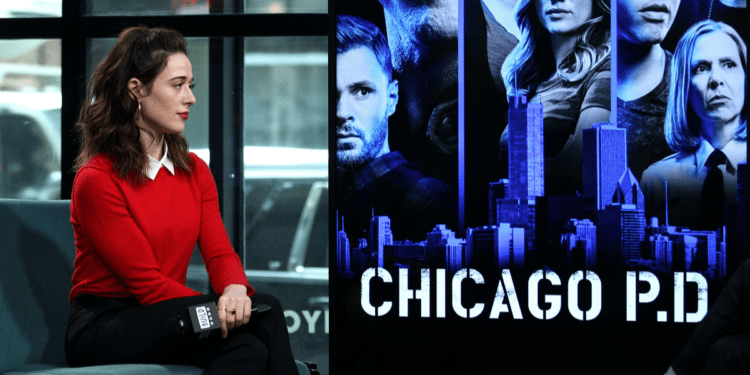 ‘Chicago P.D.’ has its rating juggernauts! A whopping 9.3 million viewers tuned in for watching the 7 season finale of the show. It was recorded as the highest number of viewers on the same day that any television series had ever witnessed. If you have watched the show, you can’t help noticing Kimberly ‘Kim’ Burgess- the sassy American cop! The former flight attendant who joined Chicago Police Department is known for her tremendous energy, willpower, and inner strength, and 36-year-old Marina Squerciati plays the character.

Here are some secret facts about the Chicago PD. star.

Marina Squerciati first appeared in ‘The Nutcracker’ (1993) before making her official debut in ‘It’s Complicated (2009). The same year, she appeared on the Tv show ‘Law & Order: Criminal Intent and went on to play guest roles in ‘The Good Wife,’ ‘Damages,’ ‘Bad Blood.’ She gained a lot of popularity after appearing in the fifth season of ‘Gossip Girl.’

Switching From Balerina to Acting

Squerciati studied ballet in school at The School of American Ballet for a very long time. She soon realized she loves performing, but she also loved talking while performing, which was not possible in ballet. So, she turned to theater and acting career instead. Her mother, however, claimed that she knew Marina Squerciati would not become a ballerina when all the girls walked on toes and she came out on her heels!

Marina shares a close friendship with Sophia Bush, her ex-co-star from the show, and Torrey DeVitto from ‘Chicago Med.’ She also has good terms with Med fame Nick Gehlfuss’s wife, Lilian Matsuda, and Colin Donnell’s wife, Patti Murin. She is frequently seen with her girl’s gang either partying or shopping.

Marina Squerciati is very active on Instagram and is also known as the ‘hashtag queen.’ She is behind all the bloopers of the show, especially when it’s about the fan-favorite ships. Squerciati posts fun pictures from the shoot and even off the shoot sometimes.

Her fans always keep getting bites from her schedule. Whether Marina is shooting or not, she never fails to keep her fans updated about her whereabouts.

Marina’s husband is Eli Kay Oliphant, an attorney by profession. Her daughter was born in the spring of 2017. She wasn’t seen in the last couple of episodes of the fourth season of ‘Chicago PD’ as she was on maternity leave. During the fourth season screening, Marina Squerciati was shot, either holding some boxes or some file folders to hide her baby bump.

In her personal life, Marina Squerciati is quite a fashionista. She can always be seen posting her wardrobe pictures on Instagram. Her favorite brands include Cuyana, Matteau, Diane von Furstenberg, Gucci, Rachel Roy, etc.

She also takes good care of tresses. During the sixth season of ‘Chicago P.D.,’ she followed the Sisley Paris’ Hair Rituel hair care line to keep her hair healthy.

Marina Squerciati’s sketch show ‘Special Skills’ performed excellently at the comedy competition of Kevin Hart in 2017. She also signed a deal with Hart Studios after winning the show. In the show, Squerciati and Patrick Flueger appear as two struggling actors, trying to break into the show business. He