If you loved watching Jon Lovitz on SNL, then you're going to want to check out our list of shows you didn't know the talented comedian appeared in. 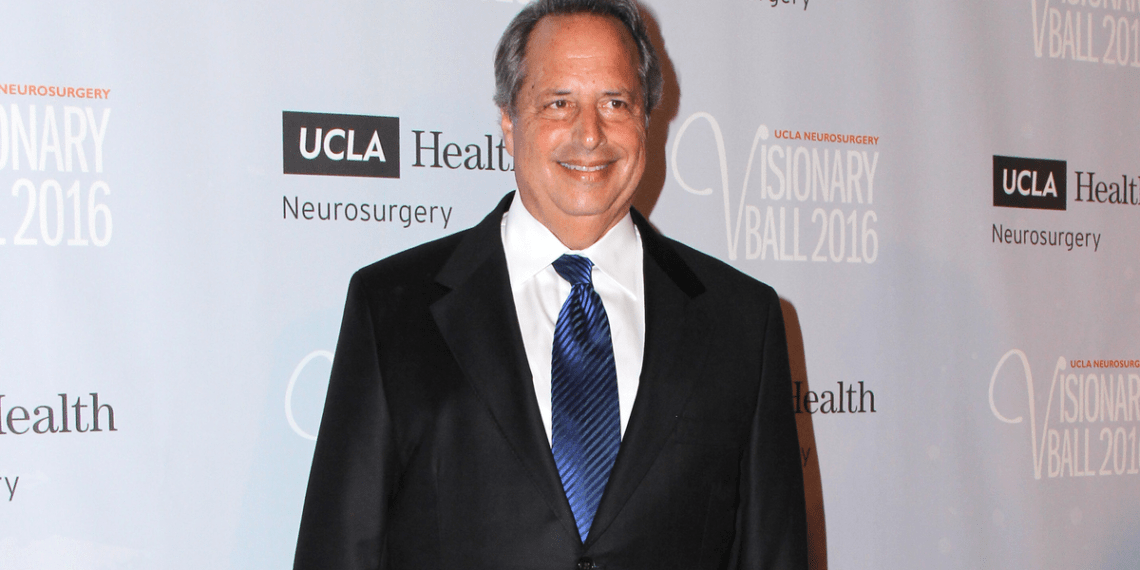 Jon Lovitz is a man of many talents. He was born on July 21st in 1957 in Los Angeles. He is an acclaimed singer, actor, host, comedian, and above all a living legend. Many of us are familiar with Jon Lovitz from his show Saturday Night Live. Commonly referred to as SNL, Saturday Night Live is a super-hit late-night comedy show that showcases comedic skits full of banter and sarcasm on all the trending issues.

Lovitz’s career is full of variety and versatility. He dabbled in every genre and conquered every medium. Not only he is a perfectionist with his work, he likes to keep experimenting and pushing the boundaries too.

You may recognize Jon as a comedian, but he is so much more than that. ‘SNL’ was indeed his claim to fame, he performed on the show for a good 15 years which earned him recognition and appreciation from the public. He rose to fame with ‘SNL’ and kept experimenting with acting, voice-overs for animation movies, and singing with popular names such as Robbie Williams.

You would be surprised to read about the following shows Lovitz appeared in:

Who isn’t familiar with The Simpsons? It is an animated sitcom that has quite a large fan-base all over the world. It uses humor and satire to probe into the issues and current affairs. Apart from its regular cast, this show also invites actors as guest-appearance for the show. Jon Lovitz lends his voice for ‘The Simpsons’ a couple of times. He made a total of 9 guest appearances on ‘The Simpsons’ and performed remarkably in all of them.

Another noteworthy appearance of Lovitz is on the reality show ‘The New Celebrity Apprentice’. This reality show invites 16 celebrities to compete in tasks so that they can raise funds for their preferred charities. Lovitz did not last much longer and was terminated in the 7th task. But the great thing is he raised a total of $50,000 for St. Jude Children’s Research Hospital.

One more fun appearance by Lovitz that you might have missed was in ‘Hotel Transylvania’. Released in 2012 Hotel Transylvania is an animated movie that was a massive hit and had 3 parts to it. Jon Lovitz did the voice-over for the character of Quasimodo who is the personal chef for the main character of Dracula.

Lovitz also starred in the classic American comedy sitcom ‘Seinfeld’. It is a story about the main character named Seinfeld, and three of his best friends were quite hit in the 90s. He appeared on the 13th episode of season 6 named The Scofflaw. Even though Lovitz had a short role, but it was a memorable character. He played the role of ‘Gary Fogel’. Jon Lovitz’s acting was very well received in this sitcom and he was widely appreciated for the realistic performance.

5.Sing Your Face Off

Jon Lovitz always had a penchant for singing and he did it quite beautifully. Lovitz was fond of singing for quite some time and polished his skill with practice. He starred in another amazing yet exciting celebrity reality show, and this one was based on singing.

It’s not just your regular boring competition where celebrities just come and sing, ‘Sing Your Face Off’ had some unique games and challenges. Jon Lovitz came on 4th position but had the time of his life while recording this show.

New Girl is a super-hit American sitcom which is created by Elizabeth Meriwether. This series is based around a happy-go-lucky school teacher Jess and her three room-mate friends. This series was very well received due to the exciting story-line and interesting screenplay. Lovitz appeared as ‘Rabbi Feiglin’ in two of its episodes named “The Box” and “Sister”.

One of the most recent guest appearances of Jon Lovitz was on the television comedy series named ‘A.P Bio’. This comedy series has an intellectual spin on it and you will thoroughly enjoy it once you start watching. Lovitz appeared on this series as ‘Robin Schwonk’ in the Episode named “Disgraced”

9.Two and a Half Man

Created by Chuck Lorre, ‘Two and a Half Men’ is a television sitcom that has bone-tickling comedy and hilarious situations. It is a story about Harper’s brothers and how they go about life with their opposite personalities. Jon Lovitz performed the role of a jingle-writer named ‘Archie Baldwin’ who wins a competition against the lead character. Lovitz appeared on episode 17 of season 3 named ‘The Unfortunate Little Schnauzer’

Jon Lovitz is an extremely talented individual with a good heart. Aged 63, he is enjoying his work with no plans to retire or slow-down. He truly is a master in his craft with impeccable comedic timing and a refined sense of humor.