If you have loved watching Maika Monroe in The Stranger, check out this list of her most memorable quotes as Clare on the series. 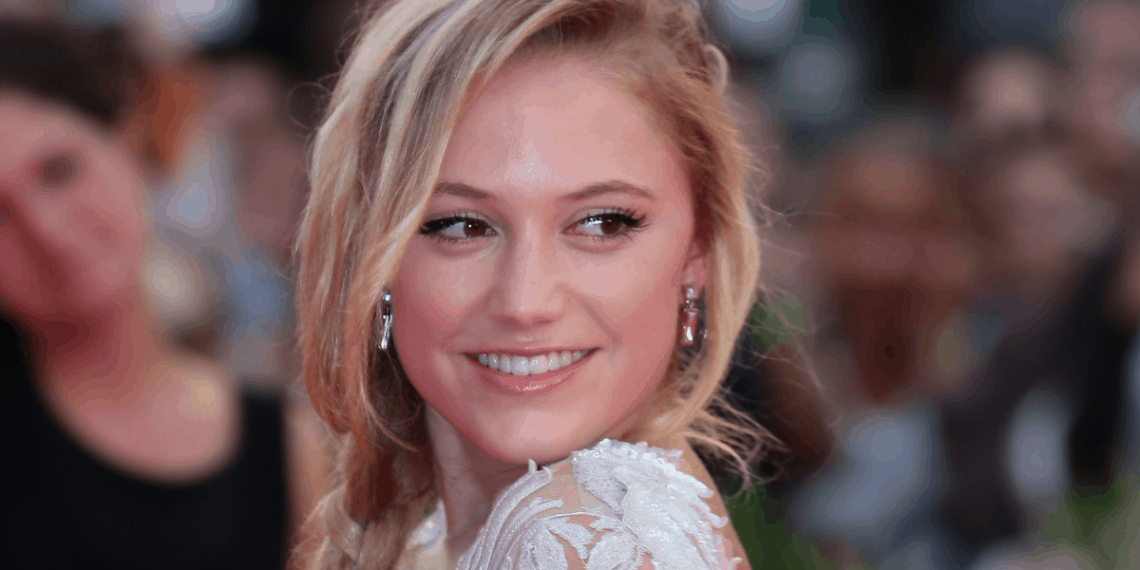 Debuted in 2012, Maika Monroe is not new to fame. She is a stellar actor but before that, she is a sportsperson. She started kiteboarding practice when she was just 13 and came in 2nd in the Red Bull Air competition, which is a great achievement. Some of Monroe’s memorable movies include The Guest, At Any Price, and her claim to fame, It Follows.

Currently, Maika is starring in a thriller web-series The Stranger, which will keep you glued to your screen.

Clare in The Stranger

The thriller genre has quite an audience, and people love to watch a nail-biting series. You can watch The Stranger which premiered in 2020 on Quibi, it became a hit soon after it started airing. It is a story about a rideshare driver that goes through a traumatic experience with a psychotic passenger.

The heart-stopping series is a story of 12 hours Clare spends navigating L.A. under the thrilling circumstance with the mysterious passenger.

You will get hooked once you start watching this web-series. It has a total of 13 episodes that are equally nerve-wracking and addicting.

Some memorable moments of Maika Monroe in The Stranger

As Clare goes through the ride to hell with his mystery passenger Carl, the plot starts to get twisted really quickly.

You cannot afford to wander off for even a minute as a lot happens in very little time. Maika Monroe’s acting is phenomenal, as she is already acclaimed as the ‘scream queen’ of this generation. Some of the memorable quotes of Maika Monroe in the series are discussed below.

Ever felt that you are losing your mind slowly and gradually, where people think that you have lost it but you still have sanity left in you? This is exactly what happens with Clare in Episode 10 when a lot of things have gone haywire and she has just started losing it. The lead protagonist Carl, does his best to put doubts in Clare’s mind.

Even though the series is a crime-thriller, it does have pops of comedy here and there. The overall tone of this series is crime and thriller, so the comedy is also for people who appreciate dark humor. The above quote by Maika Monroe is one such example.

She thinks that the best way of intimidating someone is to point a gun towards them and let them know that she used to hunt till the age of 9.

The series takes a drastic turn in Episode 4 as Clare ends up in a police station with some challenging circumstances. It’s when she is trying to figure out how Carl is keeping an eye on her every move and knows everything about her, soon she has a moment of clarity when she realizes that it’s all connected to her phone.

The way she delivers’ this dialogue, the expression and the visualization, make sit a memorable moment of the series.

Another one of those moments when Carl tries to undermine Clare by playing dirty tricks on her mind is when Clare absolutely loses it and starts shouting “ I’m not crazy” again and again.

The acting is so powerful that you may fall from your seat in anxiety. Maika Monroe has done justice to her role, the distress she shows at this moment will keep you in awe till you watch out the whole series.

As Episode 10 unveils, Clare ends up in the police station AGAIN and for all the different reasons this time. He has got accusations and doubts on her back and circumstances that are proving that she is the guilty one.

When she is offered to make a call from the police station, Carl is the one she decides to call. Even though everything is going against her she bounces back and tells Carl that this rat-chase is going to end soon and he will be the one who ends up in jail.

“Someone is trying to kill me, momma.”

It seems that Clare has a pretty bad reputation and even her mother is hesitant to believe her when she decides to get her help. Ghosts of the past keep chasing her and make people question her integrity all the time. Episode 4 is full of emotional and thrilling moments such as this one.

The Stranger is the type of series that unveils the story of a single night by the hour. So you will be on this nerve-wracking, emotional and thrilling journey with the mains character of Clare, Carl and JJ. Maika

Monroe has undoubtedly delivered a remarkable performance and even in the scenes where she is not speaking, her expressions say a lot.

Common Bladder Concerns That May Impact You