What to Expect From 'Tisha & Tichina Have Issues?' 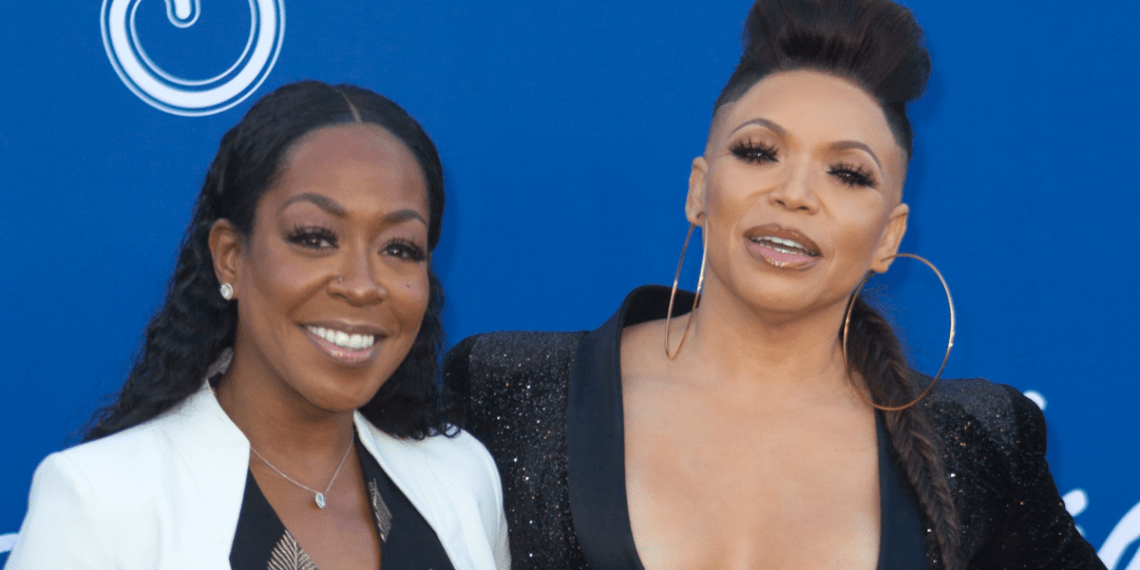 Gear up to watch the two veteran actresses, Tisha Campbell and Tichina Arnold in action as they have a talk show in the pipeline! Having spent years in the industry and shared screen space, they will again be seen together in a fresh new avatar in their talk show. Titled ‘Tisha and Tichina Have Issue,’ this talk show will have the duo jointly interviewing celebrity guests.

Industry insiders and audiences alike cannot contain their excitement of watching these long-time friends and former co-stars redefining a traditional talk show. They even call each other besties! No wonder the audiences can’t wait for them to bring the house down together! The virtual show will be all about personal and open conversations, ranging from current affairs to personal stories. So you can expect the chats to be pretty candid and intimate!

Who Is Tisha Campbell?

This American actress, comedian, singer, and dancer made her debut in the 1986 rock musical comedy film ‘Little Shop of Horrors.’ Later, Campbell also appeared on the short-lived NBC musical comedy-drama ‘Rags to Riches’ (1987-88). Some of Tisha Campbell’s major works include ‘School Daze,’ ‘Rooftops,’ ‘Another 48 Hrs. ‘ ‘Boomerang,’ and ‘Sprung.’ Her performance in the 1990 comedy flick ‘House Party’ won her an Independent Spirit Award for Best Supporting Female nomination.

Let’s Sum up Tichina Arnold for the Uninitiated

An actress, comedian, and singer, all rolled into one, Tichina Arnold made her debut as a child actor in ‘Little Shop of Horrors'(1986) and ‘How I Got Into College’ (1989). Eventually, she was cast as Pamela “Pam” James in ‘Martin,’ the FOX sitcom. Arnold was also part of other popular sitcoms such as ‘Everybody Hates Chris,’ ‘Happily Divorced,’ ‘The Neighborhood,’ etc.

Long-Time Friends Teaming up for a Brand New Talk Show

According to Tisha Campbell, she and Arnold have known each other for a long time and have also worked together. Their association goes far back enough for them to finish each other’s jokes! She has also expressed her happiness at having the opportunity to create a platform where their audience can get to know them more.

This Is Not Their First Gig Together!

Tisha Campell and Tichina Arnold started working together back in 1986 when they were both associated with the show ‘Little Shop of Horrors.’They also put up a fantastic comic act on the TV show ‘Martin‘ which aired in 2019. Besides, they also have been a hilarious duo as hosts for the Soul Train Music Awards for three consecutive seasons.

A Fresh Spin to Celebrity Interviews

According to the show’s concept, ‘Tisha and Tichina Have Issues’ will be shot in one of the host’s homes. One of the guest’s family members or friends will also participate in the discussion to make it even more engaging. Tisha Campell and Tichina Arnold will discuss the latest trends and share interesting anecdotes of their life, which has never before been out in public. Sounds exciting? Right!

A Much-Awaited Talk Show in the Making

Though ‘Tisha and Tichina Have Issues’ has not found a home yet, the ladies will be co-executive producing the show and executive producer Andrew Jameson of ‘Power’ fame. It is to be produced by ITV America’s Thinkfactory Media. The series is currently in development and being shopped to various networks and outlets.

What to Expect From the Show?

In the show, the actresses will invite their inner celebrity circle to share personal insights on the highs and lows of their careers, their funniest (mis)adventures, the equation they share with the host, and so on. ‘Tisha and Tichina Have Issues’ will be filmed from their homes, given that the COVID-19 pandemic is still looming large. However, the audiences are yet to know the premiere date of the show.

Arnold’s Take on the Talk Show

What do you think about the show? Are you excited to see Tisha Campell and Tichina Arnold together?

From Drama to Comedy – How Mary McCormack Manages to Do Both?