Kurtwood Smith: A look At 78 Years Of This Great Actor

Who is he and what has he been in? 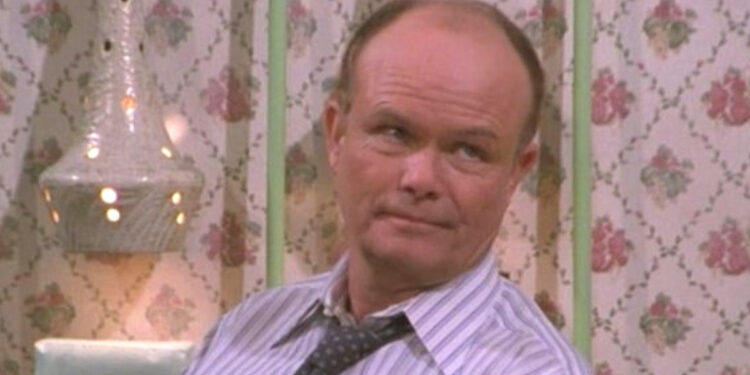 Kurtwood Smith is a very famous male actor. Kurtwood is a popular movie and television American actor. He is probably most known for his role in Robocop.  But what did he do before that popular science fiction film? And what has he done since then? It turns out he has lived a very interesting life so far throughout his 78 long years of life. Here is everything you need to know about this talented man.

Kurtwood Smith was born on July 3rd of the year 1943. He was born in New Lisbon, Wisconsin. Kurtwood’s father was George Smith. He was a Major in the Second World War. Unfortunately, his father was killed during the war in Europe. His mother was Mabel Annette Lund.

His mother was a big fan of the country music singer from the 1940s, named Kurt. She wanted to name her son after him, but she thought that “Kurt Smith” was too short of a name for her son. So she decided to add “wood” to the end of his first name to lengthen it. This is how he got the name, Kurtwood Smith. He has said in interviews that he believes he is the only Kurtwood.

Kurtwood Smith was raised in San Fernando Valley. This is an urbanized city in Los Angeles County, California. He went to Canoga Park High School. In his senior year, (in the year 1961) he was the class president. After graduating from high school, he went to San Jose State College. He graduated in 1965 with a Bachelor of Arts. He then decided to go to Stanford University. He graduated from Stanford in 1969 with a Master’s Degree in Fine Arts.

In addition to film and television, Kurtwood Smith has acted on stage several times. Three of his roles even won him awards. He won a Drama-Logue Award three different times for his performances in Idiot’s Delight, Billy Budd, and Green Grow the Lilacs. Theater critics choose the winners of these prestigious awards.

In 1987, he starred in Robocop. He played Clarence Boddicker in this science fiction action thriller. His character was a crime boss and the leader of a gang in the movie. He would murder the character Alex Murphy who would then be rebuilt as RoboCop. This character would also briefly appear in the Robocop video games.

In 1998 he would appear in That 70s Show as the father character, Reginald “Red” Forman. This show also featured famous actors, Ashton Kutcher and Mila Kunis. Red was Eric and Laurie’s dad. He was a combat veteran from the Navy. This character served in both World War II and The Vietnam War. While he was a very grumpy character, he often would show a softer and compassionate side to the other characters in the show.

Something fans of this popular actor might not know is that he is also a talented voice actor. His first voice-acting role was in 500 Nations. This was a TV mini-series that explored Native American history. He also voice-acted in multiple animated series. He was Shyir Rev in Green Lantern: The Animated Series. In 2013 and 2014, he voiced Commissioner James Gordon in the TV series Beware the Batman. This Batman show had 3D animation.

What Is Kurtwood Smith Up To Lately?

Kurtwood Smith is still acting a lot today. He was in the 2022 horror film, Firestarter. This starred Zac Efron. Kurtwood played Dr. Joseph Wanless in this recent movie. He also played David Boies in the 2022 TV mini-series, The Dropout. Most notable though is that he is reprising his role of Red Forman. There is going to be a That 70s Show reboot called, That 90s Show. Fans are very excited to see this character on screen again.

The main character of this show will be Red Forman’s granddaughter. It will follow her as she visits her family.

Kurtwood Smith has led a very interesting life. He was given a very unique name by his mother. Kurtwood has had several different popular roles. From stage performances to television roles, to popular movie characters, he has had incredible roles from the very start. We are so excited to see him revive his role as Red Forman in the upcoming That 70s Show reboot, That 90s Show. He will definitely be true to the character of Red Forman. He is truly an incredible actor who can assume the role of any character he is given.

Things You Did Not Know About Netflix’s You Actor Victoria Pedretti
Maggie Lawson’s Top 3 Most Incredible Acting Roles To Date
The Complete Man with A Plan TV Series Cast by Seasons
What Is Family Matters Eddie Winslow (Darius McCrary) Doing Now?
The Hottest Sitcom Actors Around – Ranked