Her death buzzed across news channels. Find out more about the mystery. 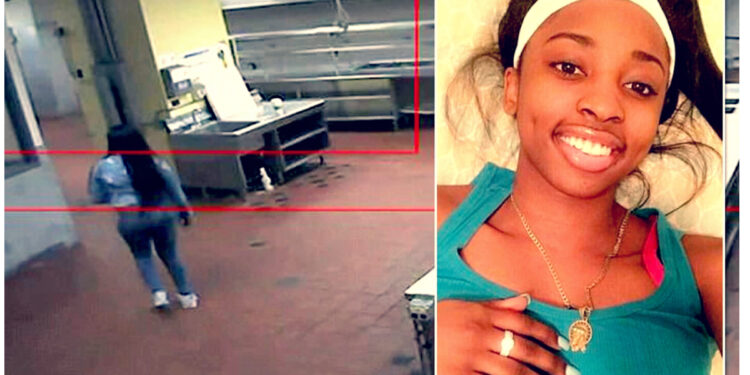 Kenneka Jenkins, a teenage girl’s death was such a curious case that people were discussing for days to know the cause of her death. Moreover, the Chicago police team, hotel staff, and doctors were on a mission to solve the mystery of her death. If you want to what exactly happened to Kenneka Jenkins, then scroll down our article.

Who was Kenneka Jenkins?

She was born in Chicago on May 27th, 1998, to Tereasa Martin. As a child, the girl had a bright beautiful smile. People recall her as a very smart and responsible kid. Her doting mother was her only support. She loved her mother very much and had a good relationship with her. Purple was her favorite color.
Kenneka’s mother underwent breast surgery due to breast cancer.

In September 2017. Kenneka was supposed to be there for her mother at that time. On September 8 Kenneka informed her mother that she was going to hang out with some friends. Moreover, they would be going bowling. Followed by a movie to celebrate her job offer. She borrowed her mom’s car and left the house around 11 pm.

The Party at Crowne Plaza Hotel

At 3 am, Kenneka Jenkins and the girls decided to leave the party. But Kenneka realized she had forgotten her belongings in the hotel lobby. The belongings were car keys and a cell phone. But some sources claim that girls left her alone in the hotel lobby. While others claim that they left her in the hallway on the 9th floor. Irrespective of the sources, all three of her friends left to take Kenneka’s belongings from the party and left her alone.

When the girls returned to the place they had left Kenneka, she was gone. The friends searched the entire hotel trying to find Kenneka. But no hopes. They didn’t find her. Around 4:30 AM, the girls called mother Tereasa to let her know they couldn’t find Jenkins.

The girls got to know that Kenneka did not reach home. Instead, they went to pick up her mother. The mother herself started searching for her daughter. Tereasa felt Kenneka’s friends were hiding something, but couldn’t tell what. She noticed girls were drunk and high. The girls said that Kenneka has one drink upon asking if her daughter was drunk too.

At 7:15 am Tereasa called 911 about her missing daughter after asking for help from the security desk. The next day police began her investigation as she was officially reported as missing.

The police found security tapes from the hotel. It showed as follows:
Kenneka went into an elevator and went to the lower level of the hotel. She got her way to a kitchen that was under renovation. Furthermore, the video does not show her walking into the freezer. But according to some speculations, she opened the door, walked in, and got locked inside.

Police found her dead around 1 am on September 10 2017 inside the freezer. According to the police, there is no foul play in this case. An autopsy revealed that her death was due to hypothermia. There were alcohol contents in her body and some scratch mark on her foot. Topiramate, a drug to treat migraines was also found in her body. Police and doctors eventually declared her case as an accidental death.

Speculations Around her Case

According to soapboxie.com,
“Some people believe she was lured into the freezer by someone working at the hotel and was locked in. Some say she was killed off-camera, put in a black garbage bag, and dumped in the freezer to make it look like she stumbled into the freezer on her own. People find it suspicious that they took out the trash so late at night, but this was a 24-hour service hotel from my understanding”.

The Family Filed the Case

The family filed a 50 million dollar case against the Crowne Plaza hotel for her daughter’s death. The suit claims that the hotel was responsible for not securing the renovated freezer area and keeping it locked from the public. The hotel was not allowing the Jenkins family to view the security footage. The family also felt there is still some mystery around her death.

Losing a child in such a tragic situation is a pain for a family. We hope one day her family gets justice.

Who is Diana Ross' son Ross Naess? Let's Look at his Bio