Gisela Meyer supports her father in his latest controversy. 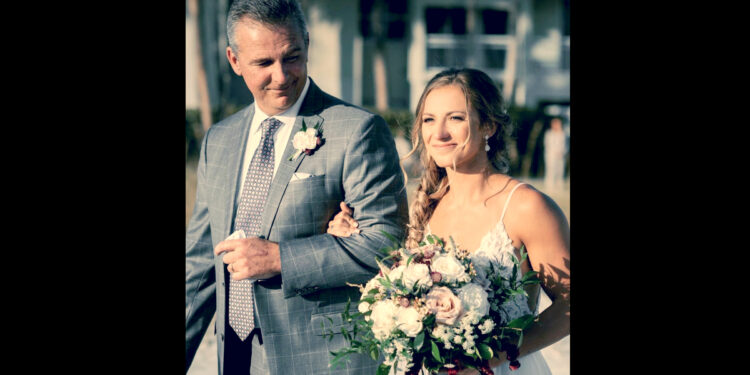 If you are a fan of the NFL, then you must have probably heard of American football coach Urban Meyer, and Gisela Meyer is his daughter. She came into the limelight when she defended her father’s controversy. When the world was against Urban Meyer, Gisela supported her father. This shocked everyone when she came to his defense. Gisela is popularly known as Gigi Meyer. Let us know more updates regarding her life.

She was born on 26th March 1993 to a famous Shelley who teaches about mental health at the University of Florida. Gisela Meyer is a volleyball player, coach, entrepreneur, doting daughter, and a strong woman. She has two siblings, an elder sister Nicole and a younger brother Nathan.

She completed her graduation from Gainesville’s Buchholz High School. Gisela also majored in Mass communication with a minor in marketing. Moreover, she also studied advertising at Florida Gulf Coast University. Her sister is a famous volleyball player and her brother is following in his father’s footsteps.

As a child, she was very passionate about Volleyball. In her high school, she was selected in all the fields and was an allrounder too.

She started playing as a freshman at Florida Gulf Coast University in 2011. Thereafter, she achieved an Atlantic Sun All-Freshmen team selection and A-Sun All-Academic honors. Gisela Meyer was also a member of the inaugural FGCU sand volleyball squad. Later on, she earned an A-Sun Preseason All-Conference selection in 2012.

During her senior years, she became the Atlantic Sun Setter of the Year. She won the conference with 11.57 assists per set as FGCU finished second in the A-Sun and went 19-11. Throughout her FGCU career, she played 125 matches. She broke the school record with 4,363 assists. She was a two-time academic all-conference honoree.

We all know that she is a Volleyball champ but she also made her name in the wakeboarding world too. A professional wakeboarder, Gisela has secured the Women’s A title at the NCAA wakeboarding championships in, Los Angeles. She won by defeating Shawna Hoffman. She never imagined that she could win since she just had a passion for this sport.

Gisela stated that her wakeboarding passion started when she was 10. She tried wakeboarding for the first time at her friend’s lake house. She got interested in it then after. When her parents thought of having a beach house, she convinced them to go with a lake house. Meyer met Andy Wilcox, a former professional trick skier. He was the one who taught Meyer her first invert at 14. She impressed everyone with a black flip at the age of 16. Urban Meyer introduced Gisela to the people who work at the waterfront, FGCU. She then joined FGCU’s club team.

How She Became Wakeboarding Champ

Meyer got a sponsor, Hyperlite. They provided her boards, shorter and thinner surfing-like apparatuses with foot bindings. She was also featured in a Nautiques commercial with Urban. She was featured along with the Wakeboarding champs Danny Harf and Emily Copeland. She’s the Northeast Regional Rider for Hyperlite and performs exhibitions for the Scioto Boardshop of Columbus, Ohio.

Although she is a professional wakeboarder, it was difficult for her to manage both volleyball and wakeboarding together. For now, she is keener into Volleyball but also continues to do wakeboarding either.

Gisela Meyer on Her Father’s Controversy

Urban came into the spotlight when he was in a hot water tub uncomfortably close to an unknown woman who was not his wife.

On these rumors, Gisela defending on her father she wrote on social media,

“We’re good. As a family, we’re good, you know, and the reality of it is like, as much as our lives might seem different than everybody else’s, we’re still human. Like, we’re still human. We have human things that we deal with, and this is one of those things. But the good news is we know my dad and we know his character and he’s literally the most incredible person I know in my entire life, and I still hold true to that truth. Like that is my truth, doesn’t have to be your truth, but that’s my truth and I’m sticking to it. So we’ve all decided we’re going to move on, all right? We’re moving on and life is good. We are blessed. I have the most incredible family in the entire world.”- Source: sportskeeda.com

Cindy Gruden: Everything You Need to Know about Jon Gruden’s Wife

Luke Macfarlane: Some Interesting Facts About “Single All The Way” Actor

Rob Minkoff: The Incredible Filmmaker Who Co-Directed The Lion King and Stuart Little