Find out more about the NFL player's wife. 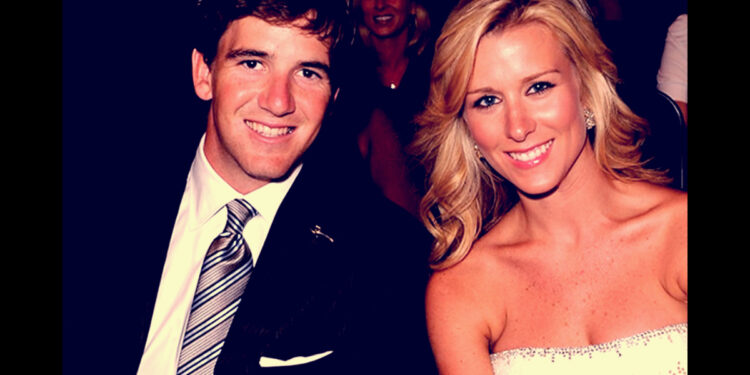 Abby McGrew is the love interest and wife of NFL player Eli Manning. She rose to stardom when her news of marriage to Eli came out. Abby McGrew has a charming personality and an appealing persona that sets them apart from the rest o the celebrity wives. Abby is not just a football star’s wife but is also an amazing and talented woman.

Eli had won plenty of achievements at Ole Miss, leading the Rebels to a 10-3 record and a Cotton Bowl victory in 2003. He won the Maxwell Award that year as the nation’s best player. No wonder, he is a hardworking man. But his lady love and luck Abby McGrew gave constant support to him to achieve his dreams. Let us, deep-dive, into more information about Abby McGrew.

Abby and Eli both met at Ole Miss in 2002. She was a freshman and he was a junior. She was a member of Kappa Delta’s Alpha Mu chapter. Abby completed her graduation from e from the University of Mississippi in family and consumer sciences in 2005. Abby moved to New York to work in the fashion industry as an account executive. She worked for designer Pamella Roland, founder of an eveningwear line. Eli’s NFL career with the giants also started in New York. Her move to New York was like destiny giving chance to make the union of two souls.

The Couple got Married after Winning Giants SuperBowl

Abby McGrew and Eli tied the knot on April 19, 2008, in Mexico. They got married just months after Eli won the big game. He won Super Bowl MVP honors after winning Super Bowl XLII. The first of Eli’s two Super Bowl wins over Tom Brady and the New England Patriots. Chocolate “Super Bowl” rings were passed out to guests by the groomsmen, a group of which Eli’s brothers Peyton and Cooper were members. For the bride and groom’s first dance, Elton John’s classic “Your Song” was played.

Abby McGrew is a Wonderful Mother

Abby is a doting mother of three daughters Ava Frances, Lucy Thomas, and Caroline Olivia’s son, Charles “Charlie” Elisha. In 2014, Eli shared with Parade about being a father and what some of his favorite moments are. “When we have the whole family together, maybe bathtime when I have both kids in the bathtub and they start splashing each other and making each other laugh. That usually gives me my biggest smile — when I see both my girls interacting with each other”. Abby on other hand nurtures her children with full heart and love. She is raising her children with utmost care and good values.

The Couple are Real Estate Enthusiasts

Abby and Eli bought an $8.5-million, 7,000-square-foot home on a 1.2-acre beachside lot in the Hamptons town of Quogue. The home was bought by the couple’s Mr. Chester LLC, which is named after the family dog, Chester, a Cavalier King Charles spaniel. Elizabeth Taylor and Richard Burton once lived in the same summer town and counts Michael J. Fox as a current resident. The couple also purchased a $4.7 million home in Summit, N.J. Before that, they sold their waterfront property for $3.55 million with a view of the New York City skyline. This massive investment is the most expensive residential property sale in Hoboken, N.J., history.

Khari Barbie Maxwell: Love Child of Masika and Fetty is Truly a Doll

Cindy Gruden: Everything You Need to Know about Jon Gruden’s Wife