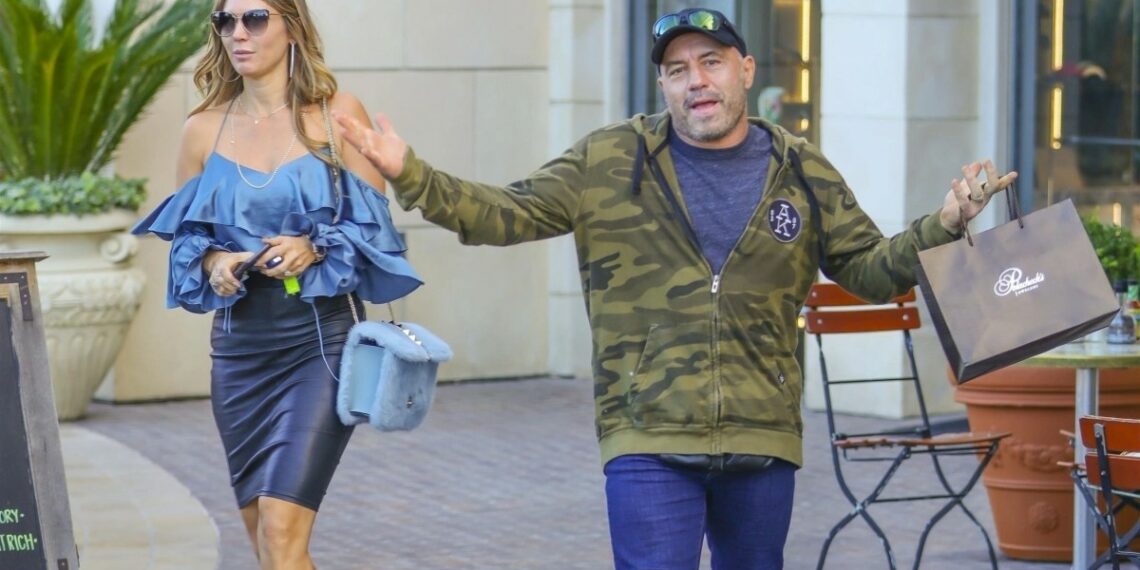 Joe Rogan has donned multiple hats in his entire career span. Starting with a popular stand-up comedian and then moving on to be a podcast host, martial arts commentator, actor, and the host of the popular show Fear Factor. His life has been an exciting ride, and throughout all his accomplishments, there is one person who stuck by him through thick and thin, and that’s his gorgeous wife, Jessica Ditzel.

We already know enough about Joe Morgan’s thriving career, but it’s time to shed the spotlight on Jessica Ditzel. A former model, she is just as private about her personal life as her husband is. It looks the duo have made a pact to keep their family shielded from the paparazzi for obvious privacy concerns. But we have managed to get a better glimpse of their lives.

Today, we are going to share five interesting facts about Jessica Ditzel; we bet you didn’t know!

Just like her husband, she did not settle down with her first job. After graduation, Jessica Ditzel became a model for EM Model Management and then moved on to be an assistant at Rent-A-Car Experience. She then left that job to be a product analyst for Volvo motorsports and then became a cocktail waitress.

Ditzel has also been a brand ambassador for many reputed brands. Currently, she is working as a TV producer.

She Has An Older Sister

Jessica Ditzel was born in Sugar Land, Texas, in 1975. Her birth name is Jessica Sloan Ditzel. She also has an older named Trinity. Her sister maintains a much lower profile.

Jessica Ditzel once worked as a cocktail waitress during one of her many career switches. During her tenure as a waitress, she met Joe Rogan in a bar way back in 2001. The exact dates of their meeting and the timeline of their relationship are not available to the media. But we do know that they dated for seven years straight.

In 2008, they made it official with the ring, got engaged, and solemnized their vows in 2009 in an intimate wedding. The couple has two daughters together.

However, Jessica Ditzel wasn’t her first relationship with a celebrity. In the early 90s, she dated Keven Conner, who was popularly known as “Dino” during the time. He was a part of the ‘H-Town” band, which was considerably famous in the early 90s. The duo stayed together for years and had a daughter named Kayja Rose.

Unfortunately, their relationship wasn’t meant to last. The last we know about the couple is that Dino passed away in a car crash at the young age of 28, way after they parted ways. Their daughter Kayja has followed in her father’s footsteps and is a musician now. The family became complete when Joe Rogan came forward to adopt Kayja legally and make her a part of their family.

Jessica Ditzel Is Not Active On Any Social Media Platform

For someone who likes to keep her life secured from the public’s eyes, having active social media is unlikely. Jessica Ditzel has no active social media account on any of the popular social media networks. At least not one that the media knows of. Sadly, if her impeccable style inspired you, you got to wait for the paparazzi to get a glimpse of her before you can see her again.

If you are curious to know more about her, then we know that a quick Google search is the next thing on your mind. But that might not be fruitful enough. The reason behind this is that currently, search engines confuse two other popular women with similar names as the wife of comedian Joe Rogan. But don’t confuse them with singer Kayja Rose’s mother Jessica Ditzel!

The first woman is Jessica Schimmel, who is the daughter of the late comedian Robert Schimmel. The second woman is Jessica Rogan Cambell, a micro-influencer. Maybe it’s the lack of information about all three of them that has led to this confusion. So, the next time you look up Jessica Ditzel Rogan, make sure you find a picture with Joe Rogan to find the real Mrs. Rogan aka Jessica Ditzel!

Taylor Olsen – The Secret Olsen Sister We Don’t Hear About

Is It Safe To Sleep With An Electric Box Fan On All Night?