From her memorable characters to her brilliant impressions, learn more about Ana Gasteyer and how long she was on Saturday Night Live. 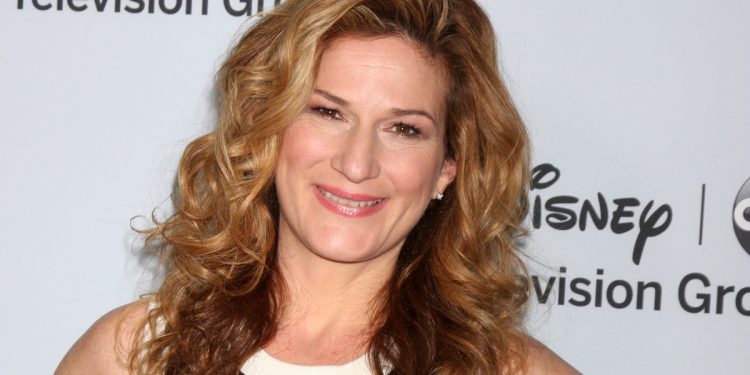 Ana Gasteyer is an American comedian and actress best known as a star cast member of the long-running live-comedy show, Saturday Night Live. Cast on the show in 1996, this talented woman entertained her fans for six amazing years. She will always be remembered for her hilarious characters and flawless impressions.

Ever since her fame on the show, she has played in several sitcoms including Lady Dynamite, Suburgatory, and People of Earth. While she is a highly versatile talent that is loved by many fans, it is her time on Saturday Night Live which makes her completely unforgettable.

The most widely famous character for which Ana Gasteyer will always be remembered is that of Bobbi Mohan-Culp. In the recurring skit called “The Culps”, Gasteyer, along with Will Ferrell, play an awkward husband and wife who teach high school music. To everyone’s interest, the couple didn’t have a good grasp upon the music they taught. Their idea about music and melodies made the viewers laugh.

The way Ana Gasteyer portrayed the character was on point. No one else could have pulled Bobbi off the way she did.

This character was a co-host of Delicious Dish, a culinary-inspired radio show. In the show, Gasteyer and Molly Shannon play extremely boring and unenthusiastic hosts as a parody of National Public Radio. Their comedic chemistry together is unparalleled.

They had many celebrity guests acting in their sketches, which made for some of the most iconic moments in the show’s episodes. Ana Gasteyer’s talent magnified the brilliant tone of utter dullness, and she made everyone laugh to the point of crying.

Cinder Calhoun is yet another extremely famous character played by our very own Ana Gasteyer. This character is a singer that performed at the Lilith Flair Festival. She was a feminist and an activist, and she was extremely interesting for her weird political views and even weirder ways of pronouncing cities in their native dialects.

Gasteyer graced the audience with her talent and sang satirical songs on special occasions. For Christmas, she sang against cutting down trees for festive pleasure, and she also sang an anti-Thanksgiving song that criticized the killing of turkeys for the feast. Calhoun is the type of character that demonstrates the many dimensions of Gasteyer’s talents.

In 1996, Saturday Night Live revealed the speed-talking MTV VJ, Kincaid. The character is best known for having a lot to say yet saying it so quickly that she was barely understandable. Though she might not have appeared much on the show, the four episodes Ana Gasteyer played Kincaid will not be forgotten. She’s incredibly annoying, and we love her for it!

Characters weren’t just the only thing Ana Gasteyer excelled at. She had other talents as well. Apart from giving us amazing and highly entertaining characters, she also did impressions of famous celebrities. Although the list is extremely long, here impression of Martha Stewart has become extremely famous.

We all know Martha Steward for having a strong profile and personality. And the way Ana Gasteyer did her impression was beyond anything we have ever seen. The very impression is spot-on and demonstrates her immense talents. She was truly an entertainer people loved on Saturday Night Live.

Ana Gasteyer’s list of impressions is very long and versatile. She has done impersonations of several leading ladies during her time on Saturday Night Live, along with actresses, and even singers. Among her best impressions was of the famous Celine Dion.

Dion is well-known for giving us many amazing songs, but it is one of her most iconic songs that Gasteyer will forever be remembered for impersonating. The theme song, “My Heart Will Go On,” from the mega-hit feature film, the Titanic theme song, made the top of the many impressions Gasteyer could nail. It was among her very best performances and left the audience in awe.

Martha Stewart and Celine Dion aren’t the only big-name women Ana Gasteyer could perfectly impersonate. She also does a flawless impression of Joan Rivers. The comedian portrayed Rivers’ raspy voice, abrasive tone, and gossipy personality to a tee. Though she only had four appearances, Gasteyer’s impersonation of Joan Rivers will stay in our minds forever.

Ana Gasteyer gave us so many characters and impressions to remember. She set the bar for live-comedy entertainment. And when she left Saturday Night Live in 2002, it wasn’t the end of her career.

This talented actress and comedian continued to appear on sitcoms entertaining her audience with new, unique, and interesting characters. Her six years at Saturday Night Live made her a name for herself in the pool of actors and comedians, and she is undoubtedly among the best we have seen so far. Hopefully, we get to see more of Ana, because who doesn’t love a good dose of laughter?