From his glamorous lifestyle to his profanity and constant drama, find out more about Jeffree Star and why we can't get enough of his Twitter. 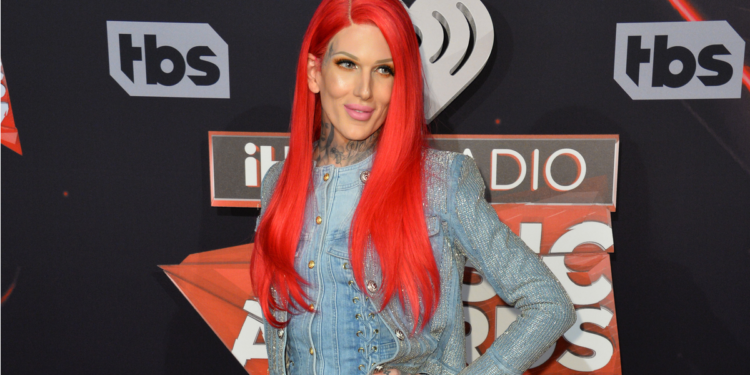 With well over six million followers on Twitter, 16.5 million subscribers on Youtube, and a cosmetics company worth $200 million, Jeffree Star is one of the most successful beauty gurus online today. He has managed to amass such an impressive resume because of his talent and bold personality. Fans love to watch his videos and interact with him online because you never know what he’s going to say or do. It’s one of the reasons that Jeffree Star’s Twitter is so entertaining–it’s a mix of humor, controversy, and his quick temper.

Keep on reading to find out precisely what makes his account scary and addicting at the same time!

Jeffree Star is a multi-talented public figure who has utilized the internet to create one of the most successful makeup companies in the entire beauty industry. He began his career on MySpace, using the platform to promote his blogging and art. He managed to build up quite a following on the site, quickly gaining fame as an independent artist and ranking highly among user accounts.

In 2014, Star launched his e-commerce brand and used Youtube to promote it through makeup tutorials, quickly surging in popularity and becoming one of the highest-paid YouTubers of all time. The beauty guru is notorious for his drama and controversies, sexually explicit behavior, and colorful designs. His Twitter account is a pure representation of who he is, which can become quite addicting to scroll through! Here are his best moments on Twitter to show you how he can be both terrifying and compelling at the same time.

He can be pretty provocative

It’s something that his fans love him for, and his haters despise him for. His products’ names are typically sexually explicit, and his promotional photoshoots are very latex-heavy. It’s an aesthetic, though, and he’s doing it successfully.

Some of his promotions are downright creepy

These collections are unique and innovative but also terrifying. Star as a plastic doll or dressed as the devil can be quite scary to look at.

It seems that there’s a never-ending stream of controversies, fights, and canceled influencers, and Star is always in the middle of it. He either is a part of it or just enjoys commenting on other people’s drama, so there’s always something entertaining happening.

He loves his fans

For his haters, he has a quick temper and can be brutal with his insults. However, with his fans, he’s an angel. He loves them all so much and interacts with them online. He constantly shows his gratitude by giving out money to help his fans or sending them free products.

We enjoy seeing how the rich live

There is something so addicting about seeing how the filthy rich spend their money. That’s why we love whenever Star uploads pictures of his mansions and closets full of clothes, bags, and jewelry. It’s bougie and extra, but also a lot of fun! We can live vicariously through him and wish we had our own personalized Rolls Royce and private jet.

He can be a bit profane

Star is not afraid of being bold and cheeky and often enjoys using a ton of profanity. Curse words are a part of his normal vocabulary, so it can be either scary or entertaining depending on where you stand. He is all about being sexually explicit and unapologetic about it.

There is something so addicting about scrolling through a feed of bright, gorgeous, and expensive-looking pictures. Star’s photoshoots have incredibly detailed sets and fabulous makeup, of course. His aesthetic is impeccable, even when his looks are a bit more provocative and controversial.

Jeffree Star likes to intersperse his heckling and criticism with inspirational and uplifting messages for his fans. He’s all about being a Boss Queen and encourages others to stay unique, too. He does use traditional or cliche messages, but stays true to his provocative personality with explicit and entertaining themes.

He has seven Pomeranians

These dogs live better lives than most of us, and Star’s Twitter account is just full of their adorable pictures. He recently added a new fur baby, Donatella Lynn, to the mix, and we can’t stop staring at her beautiful eyes. These fluffy babies are gorgeous and are reason enough to follow his social media!

He makes fun of himself

There’s nothing better than someone who can take a joke and poke fun at themselves, especially when they’re a celebrity. Jeffree Star is constantly clowning himself, and we’re here for it.

Jeffree Star’s Twitter is like a wormhole–you get sucked in and can’t ever stop scrolling! You’ll find something to entertain yourself with, whether you want to see him drag his haters, buy a new car, send money and gifts to his fans, or cuddle with his dogs. Check out Jeffree Star’s Twitter feed for yourself!

Who’s the Instagrammer with the Most Followers?

The Story Behind Katie McGrath and Her Unique Eyes