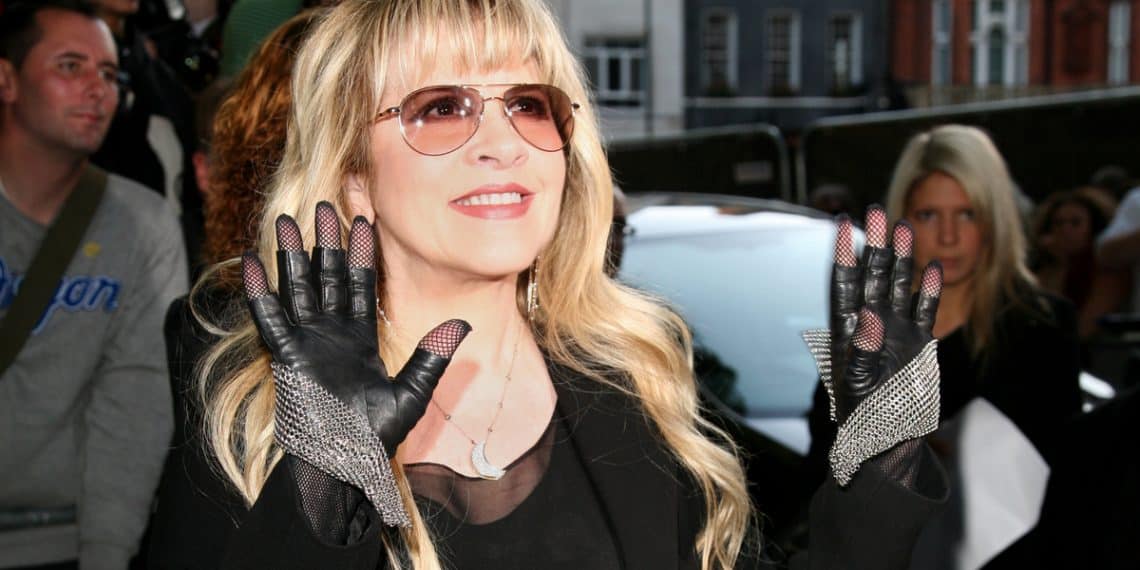 Fleetwood Mac is one of the most iconic bands ever. Their pop rocks classics helped shaped music to be what it is today. And none of that would have been possible without their lead singer, Stevie Nicks. She is an icon of vocals, and more importantly, fashion. Her style has inspired generations of girls. Everyone who has seen her outfits has described them as “witchy.” And how could they not? She almost exclusively wears flowing black dresses and cloaks. But beyond her fashion sense, is Stevie Nicks a witch?

It is unclear when to pinpoint the exact start of a belief in witchcraft, but it has existed for many centuries. Many of the early witches were believe to be wise-women and natural healers who were not allowed to practice traditional medicine with their male counterparts. Western culture also associates witchcraft with Paganism, which is only a partially accurate, but misleading, view of both cultures. Today’s witches tend to be individuals who believe in natural healing and connecting with the environment.

There are tons of different types of witches. For example, there are green witches who focus on herbology and plant life, or there are cosmic witches who focus on astronomy and space. Witches today come in all shapes and sizes. Though they are still ostracized for being seen as part of the occult, witchcraft has made a definite come back in the past few years.

Fleetwood Mac started years before Stevie Nicks started as their lead singer. In the early years of the band, they were mainly a British blues band with a few hit singles. Nicks joined the band with her songwriting partner and boyfriend Lindsey Buckingham. Fleetwood Mac took off after the duo joined, and started coming out with their most iconic songs.

Rumours, the band’s second album after the addition of Nicks and Buckingham, is probably the bands most well-known album. It features unforgettable songs like “Go Your Own Way”, “Dreams”, and “Rhiannon” while also being the tenth best selling album of all time. Plus who could forget the cover with Stevie Nicks in her black sweeping dress?

Stevie Nicks left the band in the early eighties. But her and other former members of the band have since returned for reunions, and putting out another album.

Although there is no standard of dress for contemporary witches, there are definitely some themes. Stevie Nicks’ style choices are definitely part of the inspiration for modern-day witch fashion. Though she came on to the music scene in the 1970s, Stevie’s style choices are reminiscent of the late 60s. Her long shawls and fringe reminiscent of the hippies of the 1960s, and the fashion that might have appeared at Woodstock. But Stevie Nicks took what could have been a dated style and made it timeless.

Though her looks clearly stems from her younger years, her inspiration comes from much further back. She says she wanted to look like a character out of Great Expectations or A Tale of Two Cities. Many of her outfits show hints of Romanticism and inspiration from the nineteenth century. She has outlasted fashion’s test of time to make her look absolutely iconic.

We all know that witches wear a black cloak/dress with their pointy black hat, while their black cat wanders by. This aesthetic existed long before Stevie Nicks was born, but her style emulates it. She loves to wear black. Stevie Nicks loves to wear black for the same reason the rest of us do, it is slimming. Though her color choices are unrelated to witch-craft it is easy to see how she was inspired by witches before her, and how she inspired witches after her. She took a traditional witch outfit and contemporized it for her time, then made it timeless.

But is Stevie Nicks a Witch?

The answer to this question is, unfortunately, no. Stevie Nicks has stated in multiple interviews that she does not identify as a witch. She also claims she was not attempting to look like a witch, she simply wore what she wanted to. But even though it was not her intention, her unconscious inspiration from witches is clear. And what is even more clear is how witches have been inspired by her. When looking at witch fashion today it is easy to see how it relates directly back to what Stevie Nicks was wearing when singing with Fleetwood Mac. She has inspired a whole generation to follow in her fashion footsteps.

If you are looking for inspiration for how to dress like a witch, look no further than Stevie Nicks. Today she still dresses in her flowing black cloaks, looking like the witch we all want to be. There are also a ton of other ways to invest yourself in witch fashion. For some people, Halloween is all year round, and there are plenty of stores that will sell you some fabulous black clothes. Although you don’t have to be a witch to dress like one, you can also check different types of witchcraft and see if it’s right for you. Whether you are a witch or not, go make yourself look fabulous, and remember we wouldn’t be here without the powers of the iconic Stevie Nicks.

Nye Events to Attend in Nyc