Who are her famous parents? 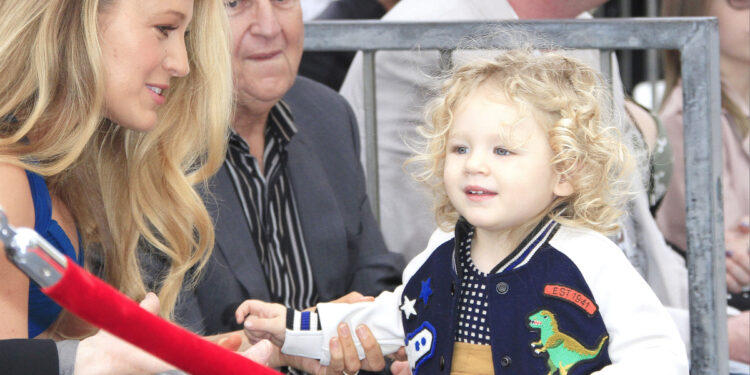 Inez Reynolds is the daughter of two very popular Hollywood actors. Her parents are Ryan Reynolds and Blake Lively. But who is Inez and what is the meaning of her name? How did both of her parents get into the entertainment industry? What is the timeline of her mother and father’s relationship? How do they feel about being parents? Learn all of that and more below. Here are five interesting facts about Inez Reynolds and her talented parents.

When Inez Reynolds was born her parents did not release her name to the public for privacy reasons. However, when she was three months old her name was leaked to the public. Many publications misspelled it as “Ines” however Blake Lively corrected them in a later interview. While her accomplished parents have not revealed why they named her Inez, the meaning of the name is well rooted in history. While it has been spelled differently in different languages, it always has some variation of “sacred”, “holy” or, “pure” as the meaning. The name dates back to ancient Greek when it was written as Agnes or Agness.

Who Is Her Father?

Inez Reynolds has very famous parents. Her father is none other than the beloved actor, Ryan Reynolds. He was born on the 23rd of October in the year 1976. Ryan was born in Vancouver, British Columbia making him a Canadian-American actor. He grew up as the youngest in his family with three older brothers. Ryan Reynolds began acting at the young age of 13. He briefly quit acting at age 19 but was convinced to try again by fellow Canadian actor, Chris Martin. Soon after, they moved to Los Angeles to begin their careers.

In 1991, Inez Reynolds’ father began his successful career as an actor. He appeared in several popular TV shows including X-files and Hillside (also known as Fifteen). In 2009 he starred in The Proposal, a popular rom-com. Lately, he has been in Free Guy and The Adam Project.
One of Ryan’s most famous characters is Deadpool. He worked tirelessly to be able to play this character as it is one of his favorite superheroes. However, Inez Reynolds hates the character Deadpool. Apparently, whenever he is dressed up as this raunchy superhero she will cry for hours. According to her father, this is because she is scared of his costume.

Inez Reynolds is the daughter of the skilled and gorgeous Hollywood queen, Blake Lively. Blake Lively was born on the 25th of August in the year 1987. She was born and raised in Los Angeles, California. Her entire family (her parents and four older siblings) have all worked in the entertainment industry as well.

Her first role was in Sandman, a movie from 1998 that her father directed. In between her junior and senior years of high school, she acted in The Sisterhood of the Traveling Pants. Soon after, Inez Reynolds’s mother was cast in one of her most well-known roles, Serena van der Woodson in the CW show, Gossip Girl. Lately, she has been in A Simple Favor and The Rhythm Section. She has also started to direct.

Inez Reynolds has parents who are very open about how in love with one another they are. They are one of the first couples that come to mind when thinking about cute Hollywood couples. The couple met on the set of Green Lantern in 2010 and began dating shortly after. They got married in September of the year 2012. Later on, they would renew their vows.

Together the couple made several donations to various charities. This would include donating to Ukrainian refugees to help them flee Ukraine. They also donated to Water First which provided clean drinking water to indigenous people in Canada. These kinds of donations will help provide a kind example to Inez Reynolds and her sisters of giving back to the world.

Inez Reynolds has two parents who love her very much. They are always so proud when speaking about all three of their daughters. Her parents are also extremely protective of Inez and her sisters. Blake Lively even publicly shamed the paparazzi for stalking her children. In interviews, Ryan Reynolds has said that he would do anything to protect his daughters. Inez Reynolds has grown up so far in a very loving and supportive household.