From how she rose to fame to the controversy surrounding her personal life, learn more about Honey Boo Boo. 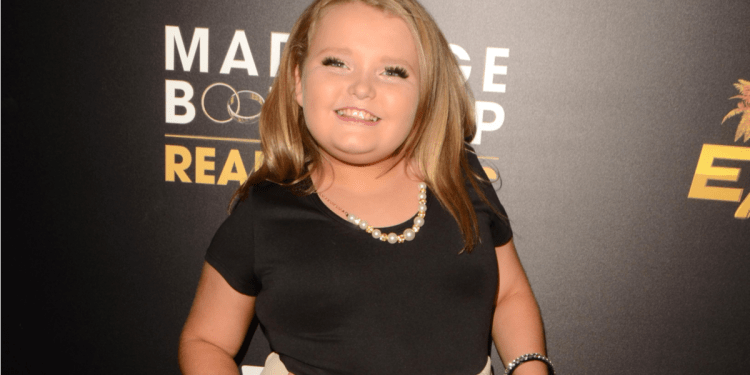 One of the most well-known popular cultural references of the 2010s is that of child-star Honey Boo Boo. Regardless of whether you have never seen a single episode or video she was in, it is doubtful that you don’t recognize the name. Internet users still love to quote the star or use her hilarious videos as gifs and reactions. She was in the spotlight for nearly ten years, so fans are always curious to know where Honey Boo Boo is now and what her life looks like after television.

Who Is Honey Boo Boo?

Honey Boo Boo is a reality T.V. star whose real name is Alana Thompson. Currently sixteen-years-old, she rose to fame as a young girl when she featured on the popular TLC show, Toddlers & Tiaras. Thompson was born and raised in Georgia, where she still lives along with her three older sisters.

She was an outgoing child-star who quickly gained fans for her ridiculous antics and hilarious one-liners. Despite participating in the cut-throat pageant industry, this beauty star captured the viewer’s hearts for her kind-nature and friendly disposition. Although many online users made fun of the family for their rural lifestyle, they frequently praised Thompson for her personality and confidence.

Her Life on Television

Thomspon gained recognition through Toddlers & Tiaras, where she competed in shows. This reality series covered the behind-the-scenes of child pageantry and the complex relationships of competitive beauty show parents and their young impressionable children. It was a wildly popular show with many fans and ran for about four years before pausing for a three-year hiatus in 2013 due to controversy. Although the pageantry and prominent personalities were entertaining, many viewers were uncomfortable with how provocatively dressed the children were for these events.

Thompson rose to fame in the first few years of the show because of her hilarious personality, blunt honesty, unusual family life, and weight. Fans loved her wacky humor and confidence in herself despite not being beauty-standard skinny. She became so popular that, in 2012, TLC aired her very own spin-off show, called Here Comes Honey Boo Boo. The show’s title actually came from Thompson’s most famous line in Toddlers & Tiaras, when she made fun of another contestant on a pageant show. It became synonymous with her, though, and stuck as a nickname.

She and her family became famous through their appearances on multiple television shows that showcased glimpses into their daily lives. They became pop culture references because of their “redneck” behavior and attitude. The channel built the entire family’s persona upon their being overweight, under-educated, and improper. They played into these perceptions and managed to make a name for themselves.

The show ran for two years before being abruptly canceled because of negative blowback after Thompson’s mother, June, was seen with a registered sex offender who molested her eldest daughter. They had already begun filming for the next season but immediately were forced to drop it.

Where Is Honey Boo Boo Now?

Three years after her TLC show ended due to her mother’s distasteful controversy, Thompson appeared on another spin-off show held on We TV. This 2017 reality show revolved around June’s dramatic weight loss journey and transformation. She lost 300 pounds throughout the show from surgery, diet, and exercise. Her children also managed to lose some weight themselves.

Thompson also starred in the television competition Dancing with the Stars: Juniors in October 2018 and was reportedly paid $50,000 for her appearance. Insiders revealed that she would have earned another $80,000 if she survived until the final episode of the season, but unfortunately, she was eliminated in the fourth week. This dance competition was her most recent television appearance.

In March 2019, Alana Thompson’s mother, June “Mama June,” was arrested on felony drug charges. She and her current boyfriend were accused of possession of drug paraphernalia. Since her mother’s arrest, Thompson went to go live with her older sister, Lauryn.

She was known on the show as “Pumpkin,” Lauryn lives in Georgia with her husband and two-year-old child. She obtained legal guardianship of her younger sister and took primary care of her. Apparently, none of the sisters are currently on speaking terms with their mother. They refuse to talk with her due to her drug charges and defense of her ex-boyfriend, a child molester.

Her mother is one year sober and trying to get her life back on track. Thompson is active on her Instagram account and posts updates of her life, such as getting her driver’s license or changing her hairstyle. She seems to be in a healthy and loving environment while living with her sister. Hopefully, she continues to do well and remains happy.