Female Artists on the Rise in 2019 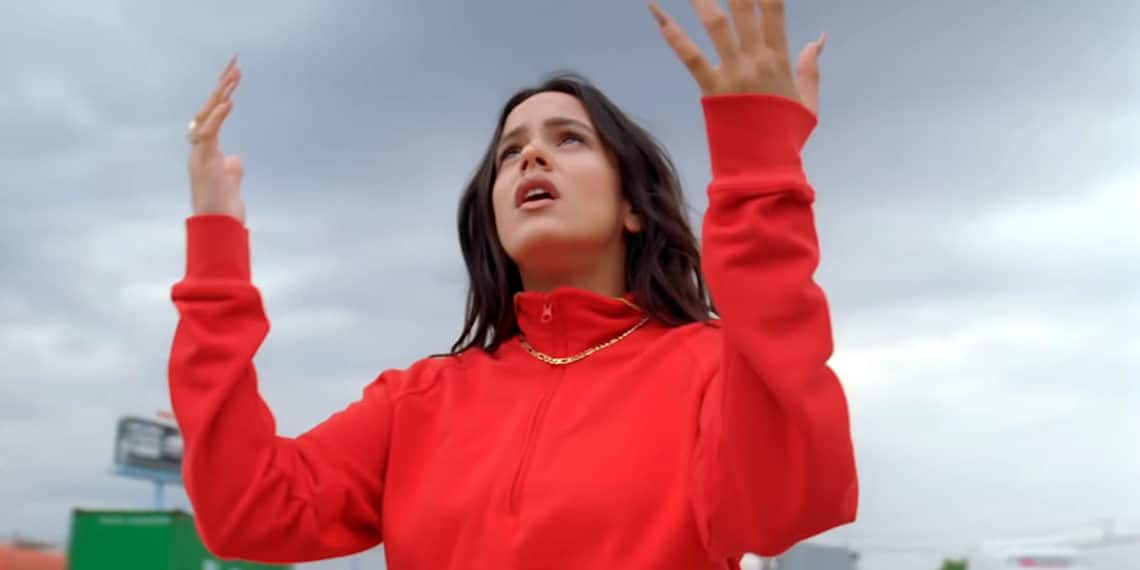 2018 was a great year for women. The music industry, politics, Hollywood and elsewhere dramatically shifted through the likes of Times Up and the rise of females in power.

To start this year on a similar page, the first playlist we want to share is of our favorite rising female artists. Check out the artists that are on our watchlist and should be incorporated into yours, too. Enjoy. May this year bring more female empowerment than the last.

Catalonian born singer-songwriter, Rosalía Vila Tobella, first discovered her talent at eight, when, at a family dinner party she was asked to sing. She told Pitchfork, “I had my eyes closed, singing—la la la la la—and when I opened them, the whole family was crying. Everyone. I swear.”

After years of training with Flamenco singers, Rosalía merged traditional Spanish folk music with newer sounds of hip-hop, resulting in early singles such as her breakout song Los Ángeles. Likewise, she also blends her influences and style with the old and new, which can be seen in her music videos, littered with references of Spanish culture and hand claps. Her latest album, El Mal Querer, is based on the 13th-century novel Flamenca. In the book, and her album, we learn of a bride imprisoned by her abusive and possessive husband, hence the lyrics to this song.

“Me da miedo cuando sales, sonriendo pa’ la calle.” (I get scared when you leave, smiling in the street).

See Also: Tiaan Knows She Was Born to Make Music

Maliibu Miitch- Give Her Some Money

Despite Maliibu Miitch’s name, the rapper is actually from the Bronx. This is apparent the second you hear her low, husky yet quipped voice. One that is reminiscent of, and has been compared to, Foxy Browns. Maliibu Miitch cites rapping as her way out of drugs, violence, and gangs in an interview with Vice. That life wasn’t for her. Although, she says, what she gained in knowledge through that situation taught her how to tackle the music industry. “The Bronx prepared me for my career.”

Now signed the Atlantic Records after her blowup tracks 4 AM and The Count, she is getting attention from both the media (XXL, Paper) and notable rappers online. Her most popular song to date is Give Her Some Money, a dark, playful track that gives insight to the precipice of her future. Fans will have to wait impatiently for more this year.

duendita’s music is what a Sofia Coppola color chart would look like in 2019. It’s soft, sad, but with a 20something angst, like when she sings in Pray, “They don’t tell you when you’re young/How much it sucks to be numb.”

duendita is open about her pain, she wrote Magdalena about her aunt passing away. But, even through this pain, her songs do have a forgiving tone. Maybe this is due to the obvious spirituality she conveys. Maybe it’s because Candace Lee Camacho, the daughter of immigrants, a woman, and a woman of color, feels pain just a little bit differently than those not falling under those categories. Especially, right now. Her optimism for the future, people and love is so drenched in her music that, today, it’s exactly what we need.

Remember the meme, or a kind of meme, that highlighted the importance of grammar? It used a sentence that could be wildly different depending on where a comma was placed. Not only was it a great PSA, but it could also have been the reason behind Rosa Walton and Jenny Hollingworth’s name choice for their duo Let’s Eat Grandma. Ah, the internet.

The childhood friends from Norwich, U.K. released their first album I, Gemini in 2016, when they were both 17. What followed was undoubtedly unexpected, as they become instant sensations and began touring the world. I’m all ears, the band’s second album is slightly less grungy, chaotic and more refined. However, they still remain impeccably true to their claps, synths and rummaging sounds, that make it psychedelically beautiful.

Not only that, but they’re pop-friendlier song Hot Pink challenges the gender norms women are expected to abide by, as they ask the question, “Hot Pink, is it mine? Is it?”

Mallrat’s first notable single Suicide Blonde first came out when she was 16. Brisbane teenager, Grace Shaw, was finishing high-school when it blew up. The accompanying music video, clips of Spongebob to Kate Moss, is almost like the smirk that is her name. She laughs at her youth and ridiculousness of it through big beats, an angelic voice and her unabashed Australian drawled rapping that isn’t trying to sound American or Black (Iggy!).

And, while it’s hard to ignore her sarcastic tinged style, the now 20-year-old, proved again that she’s relentless for success with her In The Sky EP. She even toured with artist Maggie Rogers this year and is hopefully set to release more music in 2019.

As mentioned above, Maggie Rogers brought Mallrat on tour with her this year. Subsequently, through kindness, karma or connections, Mumford and Sons took Rogers under their banjo on the band’s most recent tour. It seems, that Roger’s has the most unlikely story of fame that one can imagine. Her masterclass video at NYU, in which she played Pharrell her song in progress,Alaska, went viral.

Although, Rogers had previously released singles and even an album beforehand this is what she would really start with. Since then, the musician has played all over the world, released an EP, had a documentary made about her, danced in sync with her friends in a swimming pool and made an album. Roger’s album Heard It In A Past Life is set to be released on January 19th.

City Girls- Where The Bag At

After the release of Drake’s In My Feelings, featuring City Girls, the much-shared hashtag #freeJT was everywhere. Jatavia Johnson, a member of the rap duo City Girls, turned herself into the police for fraudulent credit card charges. JT is currently serving a two-year sentence. Until 2020, it will be the other half of City Girls, Yung Miami to “hold this shit down for my sister”.

Yung Miami is active on social media, being interviewed by Rolling Stone and dancing in Drakes video, proudly wearing a Free JT leotard. Plus, they released two full-length albums in 2018 with southern spiked songs about shitty men and spectacularly dirty lyrics. City Girls are signed to Atlanta label Quality Control, home to artists Migos and Cardi B, who appears on their over 11 million times streamed song, Twerk. Maybe JT will be released early?

Jade Bird- Love Has All Been Done Before

English singer-songwriter Jade Bird announced the release of her debut album in April of this year. Something American, released this year, including her stay-in-your-head-songs Lottery, Love Has All Been Done Before and Uh Huh.

As her EP’s title suggests the London based singer embraces the sound of Americana. Almost so naturally that it’s worth noting her place of origin twice here. It’s also worth noting that she recorded this album in Woodstock because it definitely sounds like it. The timing of her devotion to Americana comes at an odd time for the country, which is hard to understand, or, especially, love the culture. But, with that sound come the lyrics that give a deeper meaning to the message.

“I’m not nice like her, won’t wear white like her, don’t live life with the pages mapped out. No, I’m not perfect, but then, no one is—we’re all reaching for something American.”

Her outfits, sound and facial expression are all revealing of Aine Cahill’s music: Moody. The Irish singer is already drawing comparisons to Lana Del Rey, Marina and The Diamonds and Adele. It’s easy to see why. Her voice shifts from an enchanting, softness to emotionally bravado notes. All the while, dreampop, or “sadpop” carries her along, infused with synth, beats and a 1950s charmingness.

In 2016 she gained attention outside her homeland with her performance on Glastonbury’s BBC Coverage. Following that, Aine has been named Guardian’s “one to watch” and won an award for her single Plastic last year. 2019 could be the year we see an EP or full-length album.

Events in Nyc This January That You Can’t Skip