5 Signs You’re Too Scared to End a Relationship

From little fights that happen all too often to suppressing your emotions, check out our top five signs that you're too scared to end a relationship. 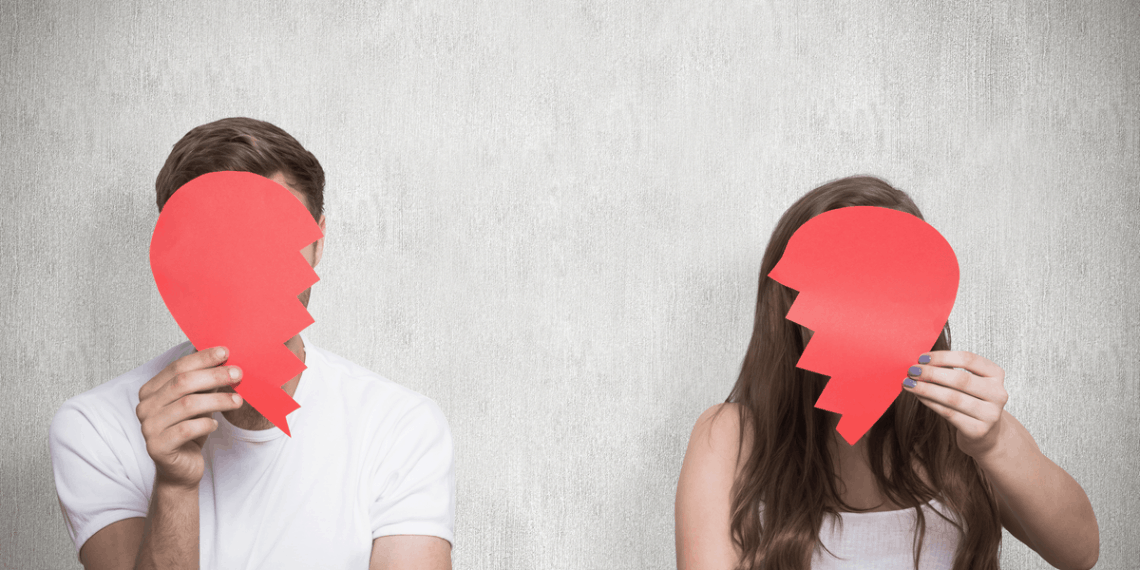 Breakups are overwhelming, to say the least. The very fact of having that heavy of a conversation makes many people postpone the moment as long as possible – until things get ugly. Maybe, it is one of the reasons why many are too scared to end a relationship because breakups are so harsh and painful.

However, there are various reasons why people maintain relationships that have long since stopped bringing them happiness. One of them is fear of the consequences of a breakup. Here are several clear signs of being too scared to face the relationship’s end:

You Consciously Settle for Less

Long-term relationships are impossible without compromises. And even though it requires losses on both sides, compromises are what keep both of you moving towards mutual decisions.

It does not matter whether you have an ongoing discussion on diversifying the intimate part of your relationship (visit here if you are interested in guides for beginners) or choosing a brand new piece of furniture. There is a thin line between finding a compromise and neglecting your needs in favor of someone else’s. Keeping an eye on the equality of such decisions is a two-person job.

Neglecting your needs and settling for less over and over again is a clear sign you are too scared to interact within your relationship. You probably have your reasons for this, whether it is to avoid conflicts or just thinking you are not good enough to insist on something important to you.

If you are already aware of it, you should also understand that sticking to such behavior may lead to wholly destroyed personal boundaries, which often results in co-dependent relationships that are even harder to end.

Your Fights Are Running in Circles

If your arguments start to feel like a song on repeat, it is a relationship crisis – when things no longer work as they once did, but the new way of dealing with them has not not yet been invented. One of two solutions will help you overcome the crisis – find a new way or accept that it is your time to break up.

As the latter option is quite intense, some couples prefer to run in circles for months, if not years. It is better to take your time and have a thoughtful conversation about how both of you perceive your relationship and feel within it. This will allow you to clarify the unsettling points and smooth things over.

You Feel the Guilt

It takes two people to start a relationship, but it will sometimes require just one personal decision to end it. There isn’t much you can do about it except to accept the fact. Breakups are tough for both sides, especially when there is no apparent reason – like cheating or lying. Initiating the breakup when things just aren’t working anymore takes a lot of courage, as you are responsible for the consequences it will entail.

Not taking this responsibility, being afraid of it is often closely connected with the feeling of guilt. It has many faces, and thinking about how much your decision will hurt your partner is one of them. You may also think of a breakup as a personal failure or, in the case of a long-term relationship, do not know how you would explain it to your friends and family.

The only way to deal with guilt is to be honest with yourself and your partner. If you are afraid that they will never forgive you, ask yourself if you will forgive yourself for choosing fear over happiness. Besides, being stuck in a relationship that doesn’t make you happy will inevitably harm your partner as well.

You Are Not Yourself

Every person deals with excessive tension or misunderstandings in a relationship differently, acquiring individual reactions and behavioral patterns. But the result is always the same – you stop being yourself. Some of those patterns include:

The inability to relax and feel comfortable around your partner is a red flag that things are about to change. The urge to constantly control your actions, feelings, and looks means you are too scared to make a mistake, for the thought that it might lead to a breakup is unbearable.

You Suppress Your Emotions

Breakups are always emotional and generally considered to be a painful experience. If the mere thought of a split is too uncomfortable for you to tolerate, you may start suppressing other feelings connected with it, which is harmful to your mental health.

There is no other way to conquer the fear except to face it. The same applies to dealing with your emotions – to let go of them, you have to live through them. So, instead of being afraid of getting too emotional, it will be more helpful to let yourself feel what you are feeling right now. It will lead you to some answers and will eventually make you feel good.

Sometimes people do not even realize that they are staying in a romantic relationship only because of their fear of being left alone, the feeling of guilt, or equating breakup with failure. However, you could do much worse – for example, let yourself stay unhappy because you’re too scared to end a relationship.

If thoughts about breaking up keep on coming back to you, although you keep chasing them away, it is your very first sign to reevaluate your relationship, analyze how you really feel about it then take action – not necessarily to end the relationship, though. Sometimes you are scared of a breakup simply because you love and appreciate your partner, which means you both still have a chance.

Your Relationship Affects How You See Yourself

10 Ways to Get Over That Ex and Relieve Some Stress

What Makes Blundstone Boots so Special?