To burn it, throw it or cry in it? 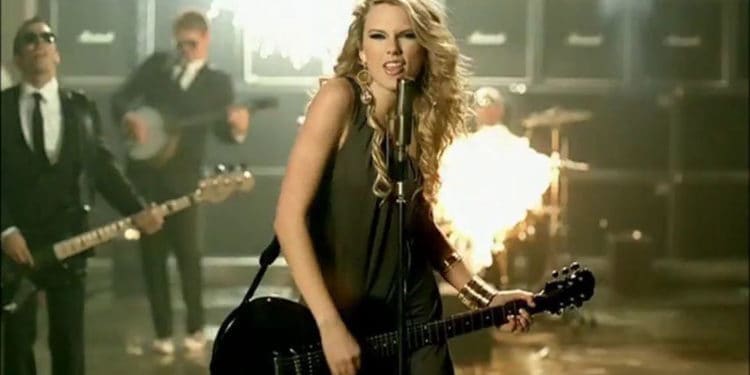 “But in a box beneath my bed/Is a letter that you never read/From three summers back,” sings a melancholy Taylor Swift, in her song Tim Mcgraw, released when the singer was only 16 years old. I too, admittedly, have a box under my (childhood) bed, full of “stuff” that I wouldn’t show anyone. Even now.

Mostly collected during my adolescence relationships, my discarded mother’s Guess shoebox is home to a lot of heartbreak paraphernalia. “Stuff” that I can still spend hours delving through, wistfully thinking of a younger, “misunderstood” version of myself collecting these items. Taylor Swift was an ever-present theme tune through these hard, hard times. At present, though, these items remind me of my youth and of the people I spent it with. I’m glad to have kept what I did.

Friendship bracelets from people I haven’t talked to in years. Festival tickets from the time I lost my friends, passport, keys and everything else. An old letter from my first an only penpal, adorned with Aristocat stickers. Letters and things that I would never give to the people they were meant for. And lots and lots of shit from exes.

Like an emotionally driven magpie, I hoard all things that mean something to me. Well, that did at some point. What I have now is a concoction of forlorn nostalgic memories of moments I never thought would end. A beer coaster with the words “I <3 U” written on are as much deserving of a place in the box as a personalized CD compilation of songs that reminded someone of a fifteen-year-old me.

But, there are some things that were maybe too much to hold on to. That were too much for me at the time and felt wrong keeping. An ex-boyfriends favorite hoodie stung when I looked at it hanging next to my dresses as did his repeated texts asking for me to return it. No apologies or remorse, just “I need it back.” Or a letter that detailed the never-ending love from an ex that did, in fact, end loving me and leaving me forhisex. “‘Cause I was there when you said forever and always.”- Taylor Swift. I burnt that one, in an attempt at catharsis and the closure I would never deservedly receive. So, ultimately, what is it that one should do with an exes stuff? Is there ever a right way?

This option is preferable for those that truly never want to see an ex’s (or friends) face again. Ever, ever, ever. Like, ever. Do it quickly, because chances are, if you’ve already considered it, it’s probably the best thing to do. Debating over keeping something or not will inevitably delay the process of recovering from the break-up. Put on some Beyoncé and have fun doing it.

If the break-up happened more amicably, return items to their owner. Closure is something that can keep you up at night and if you never get it you can’t help but wonder why things went wrong. Use this opportunity to talk over things. It’s, like Taylor sings in Last Time, “This is the last time I let you in my door/This is the last time, I won’t hurt you anymore.” However, if seeing an ex might not sound like a great day out, find a friend who will complete the task for you or mail it to them.

As egregious as it sounds, some break-ups can leave you feeling nothing but that. Again, the queen of teenage heartbreak, Taylor Swift, sings in her song Picture to Burn “So watch me strike a match/On all my wasted time/As far as I’m concerned/ You’re just another picture to burn.” Make it ritual-like and feel yourself letting go in a somewhat primal way. Keeping something that leaves you feeling sad isn’t worth the happy memories that arise too. If, you seek to dispose of something in a slightly more dramatic way, try burning it. Make a whole bonfire out of the things you hate.

During all of my previous break-ups, I was a teenager. Naturally, I was so devastated that the thought of life continuing was laughable. It was over. And, not to make this all about Taylor Swift (it’s hard not to), but Last Kiss was often on a continuous loop as I wailed the lyrics in an exes sweater, “But now I’ll go sit on the floor/Wearing your clothes/All that I know is/I don’t know how to be something you missed/Never thought we’d have a last kiss/Never imagined we’d end like this.” I eventually threw it out with help from my mum. Still, I’m glad I used whatever method I did to help grieve from this relationship because it worked. Sometimes it’s best to wallow for a while.

The Best Networking Apps and Sites for Women