Why did she leave her role as Stephanie? 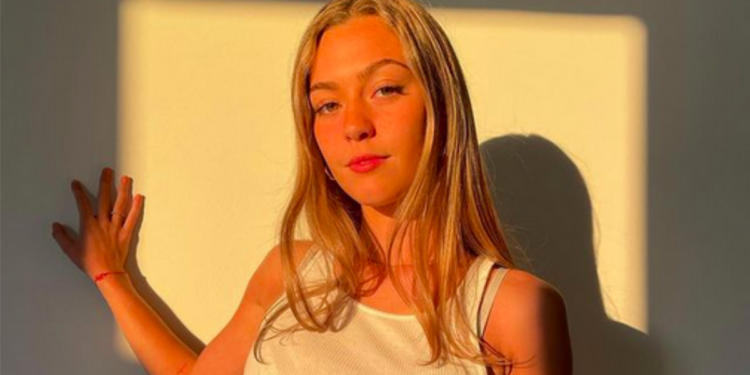 Growing up Millenial, we got the best TV shows as kids especially on Disney Channel and Nickelodeon. Within these channels, we got Hannah Montana, Wizards of Waverly Place, Drake & Josh, etc. Also, many stars become famous and they grew up with us, which is why childhood shows tend to be dear to our hearts. One show many of us loved as kids is LazyTown which stars pink-haired Stephanie, played by Chloe Lang and Julianna Rose.

Both actresses did different seasons as the famous character, Chloe Lang playing her the final 2 seasons. The show primarily is about Stephanie a pink hair girl who goes to live with her uncle in his town. The show primarily helps kids become active and have fun instead of being home. Even though the show is no longer airing, and was canceled in 2014, people still follow Chloe Lang.

The young actress started gaining a following after she got Tik Tok and Youtube fame last year. What exactly is Chloe Lang doing now after LazyTown, and why was the famous show canceled?

What Happened To LazyTown?

Just like many of our childhood shows, LazyTown didn’t last and eventually got canceled. This shouldn’t be much of a shock, as if we look at a lot of our favorite kids’ shows they barely made it past 4 seasons. The reason that Nickelodean pulled the plug is due to a dispute with the Icelandic show, that prevents them from cashing in on licensing deals in the US. Due to this, the show didn’t continue, and children everywhere (including us) were disappointed, but thank god for reruns!

Another unfortunate thing that also happened but after the show ended was the death of Stefán Karl Stefánsson in 2018. Stefánsson plays Robbie Rotten on the show, who was the town villain and was always interrupting Stephanie’s fun adventures. Aside from LazyTown he also played the Grinch, in a stage version of How the Grinch Stole Christmas. The actor sadly passed away due to bile duct cancer in 2018 after a long fight with cancer, he was 43.

His death hit so many fans hard, and many took to Twitter to show their support to his family, and tribute him as a beloved children’s character. Following all the support his wife, Steinunn Olina Thorsteinsdottir showed her gratitude for all the support. “Stefan’s family wants to express their gratitude for the support and warmth received in recent years, and to express their deepest sympathy to the many friends and fans of Stefan Karl,” she posted.

As we mentioned Lang plays Stepanie during seasons 3 and 4 when she was just a kid. The character is so famous for her fun personality and for helping kids join in on her adventures in the town. Even though she plays Stephanie for two seasons, people never forget actors they watch on TV, especially as kids. The 19-year-old reprised her role as Stephanie last year in the most shocking way.

Chloe Lang posted videos on Tik Tok with her LazyTown famous pink wig and pink striped dress. Lang usually posts videos such as lifestyle or dancing videos, but people began to recognize her. This caused fans to comment asking if she’s Stephanie from LazyTown, where Lang responds with a video in her character’s famous pink outfit. Following this video which has 1 million views, she posts other videos recreating her character as Stephanie.

Aside from Tik Tok where she has 400K followers, she also reprises the role on Youtube. Chloe Lang tends to post vlogs on Youtube to her 60K followers, but she also posts videos behind the scenes on LazyTown giving fans an inside look. One of the most popular videos she has as Stephanie is a behind-the-scenes video from 5 years ago that has 3.2 million views!

At the moment Chloe continues to post videos and pictures for her followers on social media. She also has a perfume called Chloe Lang with the brand Scentcraft too, this brand helps customize perfumes based on your personal preferences.

Yaya Mayweather and Her Relationship with Her Famous Father