5 Vintage Musicals That Are Also Movies

These five movies are all based on classic Broadways musicals. 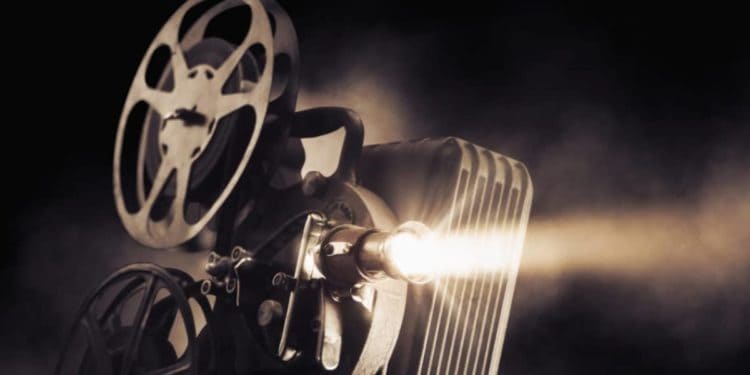 Everyone loves a movie. And most people love music since it can speak to most life occasions, such as road trips, rainy days, summer and more. When a good story is accompanied by good music, it’s even better. These five movies that were originally musicals are great choices for good storytelling and song-and-dance numbers.

This classic movie was originally a 1959 musical with music by Richard Rodgers, lyrics by Oscar Hammerstein II and a book by Howard Lindsay and Russel Crouse. It was based on a memoir by Maria Von Trapp, The Story of the Trapp Family Singers.

Set in Austria on the eve of the Anschluss in 1938, The Sound of Music tells the story of Maria, who takes a job as governess to a large, musically-inclined family while deciding whether to become a nun.

She falls in love with the children and develops a relationship with their widowed father, Captain von Trapp. When Captain Von Trapp, who opposes the Nazis, is ordered to accept a commission in the Germany Navy, he and Maria decide to flee Austria with the children.

Many songs from this musical (which were also included in the 1965 film adaptation starring Julia Andrews and Christopher Plummer) are now standards. They include “Edelweiss,” “My Favorite Things,” “Climb Every Mountain,” “Do-Re-Mi” and the titular “The Sound of Music.”

This classic movie starring John Travolta and Olivia Newton-John is based on a 1971 musical. The musical, written by Jim Jacobs and Warren Casey, was named for the 1950s U.S. working-class youth subculture known as “greasers.”

The soundtrack borrows heavily from early rock and roll sounds. In its original production in Chicago, Grease was a raunchy, raw, aggressive, and vulgar show. It was sanitized and toned down in subsequent versions.

The movie — which was released on June 16, 1978 — was both critically and commercially successful. It ultimately became the highest-grossing musical film of the time.

The soundtrack album ended 1978 as the second-best selling album of the year in the U.S., behind the soundtrack to Saturday Night Fever (also starring John Travolta).

Originally a 1957 musical, this Romeo and Juliet-inspired story was made into a critically-acclaimed movie. It starred Natalie Wood, Richard Beymer, Russ Tamblyn, Rita Moreno, and George Chakiris.

The movie was the second-highest grossing movie of the year in 1961. It was nominated for 11 Academy Awards (winning 10, including Best Picture). The National Library of Congress has designated it “culturally significant.” Additionally, it became part of the National Film Registry in 1997.

This story about the rivalry between teenage street gangs the Jets and the Sharks is set on Manhattan’s Upper West Side in the mid-1950s. When Tony, a former Jets member and best friend of Jets’ leader, falls in love with Maria, the Sharks’ leader, drama ensues.

This story is so enduring, it’s being remade into a Steven Spielberg-helmed movie with a 2020 release date.

See also: How to Recognize a Must-See Movie from the Cinema Poster

This 2002 Academy Award-winning movie starring Catherine Zeta-Jones was based on the 1975 Jazz Era hit musical.

The original musical has music by John Kander, lyrics by Fred Ebb, and book by Ebb and Bob Fosse. In its turn, the musical was based on a 1926 true-crime play of the same name by reporter Maurine Dallas Watkins.

How to Succeed in Business Without Really Trying (1967)

This was first a 1952 book of the same name. Then, it was a 1961 musical by Frank Loesser and book by Abe Burrows, Jack Weinstock, and Willie Gilbert.

The musical starring Robert Morse and Rudy Vallee opened at the 46th Street Theatre on Broadway in October 1961. It ran for 1,417 performances and won seven Tony Awards, the New York Drama Critics Circle Award, and the 1962 Pulitzer Prize for Drama.

In 1967, a film starring Morse and Vallee in their original Broadway roles was produced by United Artists with director David Swift.

The story of J. Pierrepont Finch (played by Morse) tracks an ambitious window-washer’s ascent through corporate America. Using a book called How to Succeed in Business, he rises to Vice-President in Charge of Advertising at the World-Wide Wicket Company through ethically questionable means.

The window-washer’s scheming into the corner office is a classic that’s been reprised by big names. Both Daniel Radcliffe and Matthew Broderick have taken turns playing Finch.