How Did Bodhi Soleil Reed Somerhalder Get Her Unusual Name?

If you think Nikki Reed and Ian Somerhalder's daughter, Bodhi Soleil Reed Somerhalder, has an interesting name, read on to find out how she got it. 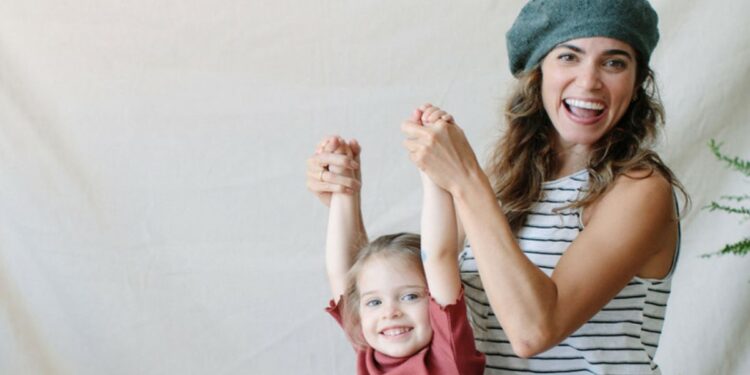 Celebrities often steal our hearts and then we become obsessed with everything about them including the little humans they bring into this world. Celebrities normally go all the way out when it comes to naming their kids. Bodhi Soleil Reed Somerhalder is one of the many celebrity kids whose unique name piques interest especially since she is just as cute and charming as her famous parents.

Demi Rose: How to Be a Beloved Instagram Star

Who is Bodhi Soleil Reed Somerhalder?

Bodhi Soleil Reed Somerhalder is a 4-year-old celebrity kid and American media personality. She was born in Venice, Los Angele s on the 25th of July 2017 to famous parents Ian Sommerhalder and Nikki Reed. She is an only child and hence the apple of her parent’s eyes. As young as she may be, she has already garnered quite a number of followers and fans by proxy of her celerity parents.

Her parents first officially announced news of her imminent birth on social media after a lot of speculation from fans. Nikki Reed posted a beautiful picture with Ian kissing her baby bump alongside a beautiful and emotional caption. Ian Somerhalder later reposted the same picture with his own caption confirming the pregnancy to their fans. E! News announced the birth of Bodhi weeks after her conception.

Bodhi Soleil Reed Somerhalder first made her debut on Instagram when Nikki Reed shared a picture of her cute little toes on a laid-back weekend. Her parents have mostly kept her out of the public’s eye and only share obscure pictures of her. However, fans got to see a sneak pic of the cute, adorable girl when the family went on a hike to Malibu and their photos surfaced online.

How did she come by her name?

It is quite common for celebrities to go above and beyond when naming their kids. Nikki Reed and Ian Sommerhalder proved to be no exception. It is obvious that the name Bodhi Soleil Reed Somerhalder was well thought out as it is unique and bears a profound meaning. One of the names has a connection to Nikki Reed’s star role on Twilight; Breaking dawn!

Nikki reed also shared with Fit Pregnancy magazine that she found out she was pregnant “before dawn”. It is only proper to assume that considering the name Bodhi loosely translates to ‘Awakening’, how her parents found it and the time had something to do with it. Her mother woke up to the news of her conception and called her Bodhi to mean ‘awakening’. What a sweet reminder!

The name Soleil is of French origin and it means “Sun”. From all the adorable posts the famous couple has posted about their lovely daughter and their birth experiences, it is obvious that Bodhi Soleil Reed Somerhalder is their little ray of sunshine. Her parents made sure she would always know this and what better way than to name her literally after the Sun! She and Ian said they watched the sun come up together after she found she was pregnant.

It is also not lost on many fans that the name Bodhi Soleil together translates to “Awakening Sun” which in layman’s terms is “Before Dawn”. Nikki says that the news of her pregnancy was broken to her ‘before dawn”, so at the Break of dawn. If you are a hardcore Twilight fan I know the connection is not lost on you. One of Nikki Reeds’ highlight roles in her career was playing the character Rosalie Hale in Twilight Breaking Dawn!

See Also: How to Come Up with Clever Names for a Group Chat

It is not uncommon for kids to bear their mother’s name. Nikki Reed wanted her baby girl to share more than just blood and genetics with her, she also gave her her name. Bodhi Soleil Reed’s mother is a famous American actor and activist Nikki Reed. This is why the child’s maiden name is Reed.

Her last name is pretty much self-explanatory. Every vampire diaries fan was wowed and in love with the bad boy image of Ian Somerhalder at one point in time. He was so bad but we just could hate him with those blue eyes and that sexy smirk. Well, Bodhi Soleil Reed Somerhalder gets to call him Daddy and that is why she gets to bear his last name. We are officially so jealous of this little girl!

Bodhi Soleil Reed Somerhalder is an adorable little girl who we all hope to see blossom into a fine young woman in the days to come. Hopefully, we will get to see more of her now that she is growing so fast!

What’s the Deal With Push Presents?

I Tried Personalized Vitamins from Care/of

The Quick Summary of ‘The Name of The Wind’ (Is It Worth Reading?)