What’s the Deal With Push Presents?

The newest trend that goes hand-in-hand with giving birth. 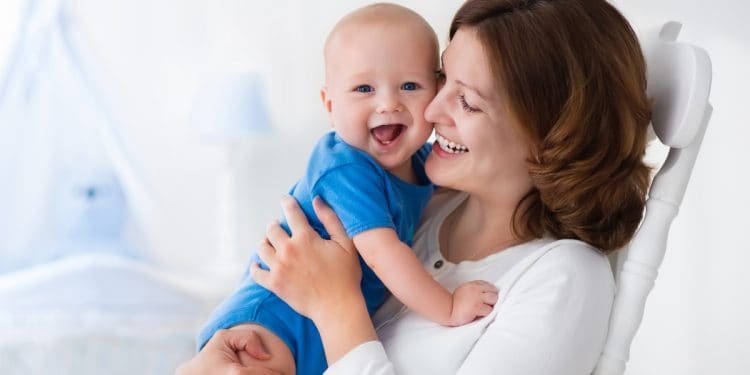 Giving birth. For the majority of women, this is a time filled with excitement, adrenaline, joy, and a little bit of fear. Moms carry their children for months, suffering through an array of pregnancy-related ailments, and then go through hours, sometimes days, of labor. At the end of it all, new moms are rewarded for their hard work with a brand new baby. That’s the greatest gift in the world, right?

Well…half-wrong, at least. Some women feel that, although their new baby is amazing and perfect and a blessing and wonderful and so on, they deserve a little extra something for all their hard work. Enter: Push Presents.

Now, to be truthful, I do not know what giving birth to a baby is like, but from what I’ve gathered, it’s a pretty big deal. When I learned about push presents, I honestly had no idea where to even begin. So I did what I always do in these situations: I asked all my mom friends for help.

I wanted to know what the actual deal was if push presents are a common tradition, and what moms really think of them. Turns out, it’s something of a heated topic within the mom community. Here’s what I learned:

What Are Push Presents?

A Push Present is a gift given to a woman after she births a child. It is precisely what the name says: a present for someone after she “pushes.” They are, in most cases, given by the woman’s partner or spouse and they serve as a reward for all of her discomfort, pain, and literal labor.

Seems logical, right? Well, here’s where the “heated” part comes in. Some women feel a little offended by the idea of a push present. They believe that their child is a “gift” enough and they shouldn’t be expecting anyone to get them anything. Others think that after almost a year of carrying the child, followed by the pain of delivery, the least their partner can do is get them something nice.

The first thing that stood out to me about push presents was the name. Push presents. That name strikes me as a little insensitive to the mothers out there who have not “pushed.” Do moms who had C-sections get push presents? What about moms who adopt or use a surrogate?

What I soon realized is there’s seemingly two parts to this motherhood topic.

First, there’s the concept of doing something nice for a new mom. This could be giving her a trip to the spa, or a new diamond bracelet, or even waiting on her hand and foot when she gets home from the hospital. Most moms seem to be in agreement that there is nothing wrong or offensive about this. In fact, it’s a genuinely thoughtful and nice thing to do.

Some of the mothers I spoke to said they received things like cameras to take pictures of the new baby, diaper bags they had been eyeing for a while, or food service subscriptions. One husband gifted his new baby mama a personal trainer (I know what you’re thinking, but before you roll your eyes too hard, I have to include that she had requested this).

In this sense, push presents are pretty sweet and completely uncontroversial.

But then there’s the other part:

Many celebrities and online personalities have shown off their extravagant push presents (I’m looking at you, Kylie Jenner). This subsequently taints the concept slightly with what can only be described as unnecessary displays of wealth. In this sense, push presents come across as more of a fad, a trend, and nothing more than an excuse to show off on Instagram. This reduces the act of postnatal gift-giving to something extremely vapid and forced. It eliminates the meaning and wholesomeness, and this is why some moms take issue with the entire thing.

What About New Moms With No Partner?

That’s a great question and another reason why the idea of push presents can be a little hurtful (and very exclusionary). There are plenty of women who go into delivery as single mothers. Another reason why it seems unnecessary to assign a name for these types of gifts. That’s really the issue and the controversy surrounding these presents. Why do they need a name? It serves as just another way of excluding everyone who doesn’t receive them or give them.

When Did This Become A Thing?

It’s a little difficult to narrow push presents down to their origin, but the New York Times speculates that “…men are now simply more aware of and sympathetic to the plight of their pregnant partners, given their increasing tendency to attend childbirth classes and help in the actual delivery.” This sounds lovely, not to mention progressive. It also reiterates the distinction between the two “parts” of the push present concept. An expression of love to emphasize support is a far cry from a materialistic “thanks for having my baby” diamond-encrusted crown.

All in all, giving a new mom a gift after she delivers a baby is not a bad thing. Everyone likes presents, giving presents is a nice thing to do, and like my own mom always says, “it’s nice to be nice.” However, labeling these gifts, demanding them, and then showing them off on social media is where things get dicey. This is not something everyone wants to participate in this, and all of the extra fanfare around it could cause hurt feelings or added stress.

If you want to do this with your partner, that’s great, if you discuss it beforehand and are both on the same page (There are a lot of great ideas on the internet of what to get). If someone surprises you with a gift, that’s awesome, too. One thing I’d recommend, though, is to be mindful of phrasing when sharing with friends and family. You never know, there might be a mom out there looking at your push present and feeling terrible that she didn’t receive one, or has no one to give her one. Or someone who just adopted and feels like less of a parent because they didn’t physically push out their child.