The Quick Summary of ‘The Name of The Wind’ (Is It Worth Reading?)

Why you should read it right now 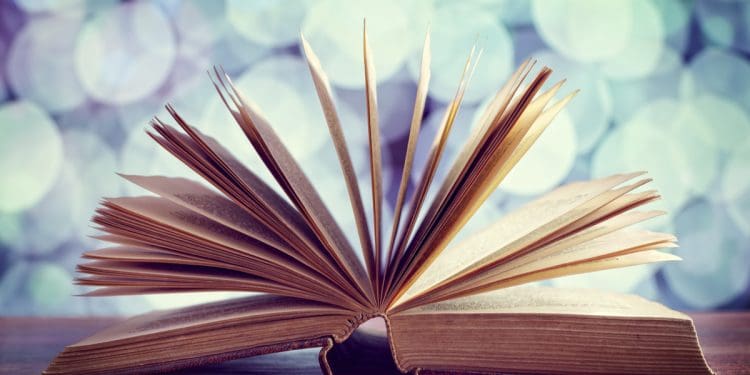 The first in Patrick Rothfuss’ Kingkiller Chronicle, The Name of the Wind is a fantasy book that took readers by storm. It is one of the best fantasy series around, and will have you captivated the whole time. This book is great whether you are a longtime lover of fantasy, or you just want to try something new. There’s great character development, riveting storylines, and, of course, magic. This book is over 700 pages, but you will fly through it. But if you need more encouragement here is a taste of the story and why we love it.

The Name of the Wind is the first novel in a fantasy adventure series by Patrick Rothfuss. It starts at an inn in a small town with a mysterious innkeeper. Turns out he is not an innkeeper at all, but a powerful arcanist named Kvothe who, according to many, is a story book legend. When a storyteller discovers the truth of his existence, and his location, Kvothe agrees to tell the complete and accurate story of his life in three days.

The first book in the Kingkiller Chronicle encompasses Kvothes first day of storytelling. He starts with his early childhood as a traveling performer. But that comes to an abrupt stop when are parents and troupe are murdered by the Chandrian, a group of demon-like creatures who are believed to only exist in stories. After the murder of his family, Kvothe spends the next several years living in poverty, barely scraping by. He eventually decides to leave the city where he has been impoverished and make his way to the University to learn magic.

The University is like Hogwartz for college students. Kvothe causes tons of problems for himself, including making enemies of a royal student, and pissing off most of his teachers. Despite his poor decision making he climbs the ranks of the University faster than all the other students.

The story culminates in Kvothe fighting a draccus, a dragon-like creature, and mostly destroying a nearby town. When he returns to school he learns that he can call the name of the wind, making it so the wind will follow his command. In the end, the stories flashback to the inn as Kvothe finishes the first day of storytelling. Some villagers enter, but everything runs amiss when one of the townsfolk is attacked by a creature that inherits his body and dies.

The Name of the Wind is a fantasy novel through and through. From the medieval setting to the practice of magic, this book is reminiscent of other fantasy stories. Even its plotline echoes past stories like The Lord of the Rings or Harry Potter. But don’t mistake this book for anything derivative. It takes the fantasy genre and advances it.

While following fantasy thematically, it doesn’t fall into any of the tropes of its genre. Every moment is a surprise, and things don’t turn out the way you expect. The book carries real suspense because the characters fail or succeed in a world the lacks general plot armor. It shows what the whole fantasy genre should be.

What this story is more than anything else is a love letter to literature. Storytelling permeates its way through every aspect of the book, as Kvothe hears new stories and tells his own. The Name of the Wind illustrates the gray space between true stories and fantasy as Kvothe’s narration mixes with the made-up stories of him told by the townsfolk. This book embodies the love of reading, which is important considering how long it is.

Not only does this book demonstrate a love for literature, but it shows a love for individual words as well. The magic practiced at the University is all about understanding words and drawing links. Kvothe must learn the winds secret name which he can only learn from a deep and intimate understanding of it. The entire story hinges on the understanding of words and the importance of knowledge. It is a book for people who love books.

Elements of magic are somewhat central to the fantasy genre, and the magic in this book is amazing. The Name of the Wind attempts to subvert expectations of what magic should be. It often makes fun of itself, claiming that certain times of magic are ridiculous. The magic in this book is about making connections between real things and seeing the world in an interconnected way. It is not about some people who happen to have magic, or magic from a demonic or godly source, or magic that is simply magical. This magic is reflective of the real world, and of a human ability to make connections in knowledge.

Much like fellow fantasy writer George R. R. Martin, Patrick Rothfuss is known for taking extensive time between novels. The Name of the Wind was originally published in 2007 with the second book not coming out until four years later in 2011. After nine years the third book in the Kingkiller Chronicle is finally getting released. The Door of Stone comes out of August 20, so everyone is excited about the new book. Which makes now the perfect time to start reading if you haven’t already. Now is the best time to join in the excitement about this amazing book series.

Amazingly Weird and Wonderful Wellness Experiences To Try in NYC