19 Best Prime Shows You Can Watch on Amazon 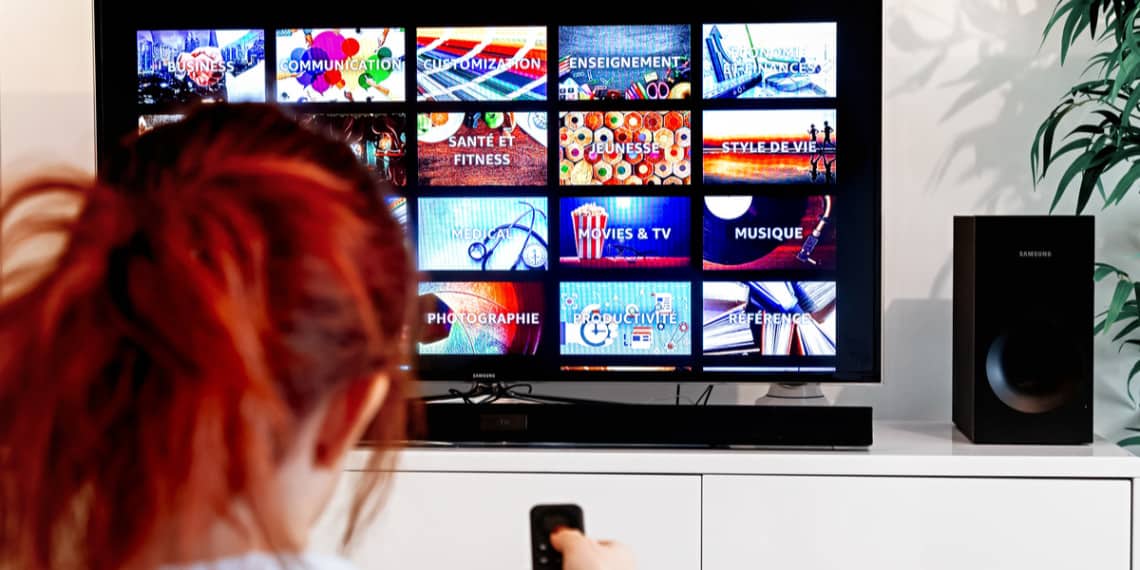 Wondering what are the best Prime shows on Amazon? If you find yourself in a bit of streaming rut, don’t worry we have got you covered. Amazon Prime has some of the best original shows and movies in the streaming game. Not to mention, Amazon Prime offers multiple seasons of some of our favorite network shows, like Star Trek including Patrick Stewart’s Star Trek: Enterprise. Of course, Amazon Prime has great originals like fan favorites Sneaky Pete or Tick.

Amazon Prime also has add-on options. So you can add channels like HBO, ESPN, and Starz to name a few. If you order CBS All Access you view Star Trek: Picard. You can also order Britbox or PBS Masterpiece Theatre for even more great content for streaming.

Below are 19 of the best prime shows on Amazon for your “Amazon Prime and alone time.” Sorry, “Netflix and chill,” we’re adulting with our streaming content.

19. Z: The Beginning of Everything

Z: The Beginning of Everything was a short-lived Amazon original series. It is based on the novel Z: A Novel of Zelda Fitzgerald by Therese Anne Fowler. Unfortunately, this series was cancelled soon after airing, but you can still enjoy 10 episodes on Amazon Prime. Actress Christina Ricci slays as the world’s most iconic flapper, Zelda Fitzgerald, wife to writer F. Scott Fitzgerald.

Literary gurus will appreciate Zelda Fitzgerald being given proper credit to the influence on her husband’s literary career. As it turns out, Zelda was the innate poet and creative in that marriage. Francis quiet literally steals Zelda’s diary entries for what we now know as his literary oeuvre ( the nerve). Step into the roaring twenties with this Amazon Prime gem.

18. Mozart in the Jungle

Mozart in the Jungle is an American comedy-drama with four seasons developed by Roman Coppola. The series is about the lives of orchestra musicians living in New York City. It’s loosely based on the memoir Mozart in the Jungle: Sex, Drugs, and Classical Music by Blair Tindall. This was one of Amazon’s early originals. It continues to receive rave reviews and even won a few awards. Broadway goddess, Bernadette Peters, plays the brassy, president of the symphony. There is also a fun level of voyeurism as the setting migrates to places like Mexico and Cuba. It’s a dream ride into a nuanced world that many of us know nothing about.

Catastrophe is a British sitcom that aired on Channel 4. Sharon is an Irish primary school teacher living in London when she meets a Boston Ad man in a bar. After a one night stand, Sharon becomes pregnant and Rob moves into her flat as the two comically explore coupling. People who enjoy British humor will enjoy all four seasons available for streaming now.

Before he played Freddie Mercury in the Queen bio flick , Rami Malek was Mr. Robot. Elliot Anderson is a young guy living in New York City with some issues with depression, anxiety, and oh yeah cyber hacking. Elliot relates to people via vigilante cyber aid. He joins a group of vigilante cyber hackers known as fsociety. They strive in season 1 to eradicate all consumer debts. ( Imagine student loan debt, poof!) The show won Golden Globes. There are four seasons.

ZeroZeroZero is a much anticipated Amazon Prime crime drama of 2020. A shipment of cocaine bound for South America, makes its way to Europe. The show is topical in its complicated and intricate look at a crime family and the hierarchy of the drug world.

Tim Gunn and Heidi Klum are back in Amazon Prime’s Making the Cut ! Twelve designers will compete in various design challenges. Sound familiar? Let’s be real, we missed the Tim and Heidi winning team. Get out your dictionary now for Tim Gun’s verbose and inevitable vocab schooling. Season 1 drops on March 27, 2020.

Luther is the BBC crime drama that first gave us actor Idris Elba. Luther is a skilled detective in touch with his gritty side. Season 5 just dropped on Amazon Prime.

Say it with us in your best Vampire Bill voice “Sookie.” You know you miss this HBO campy cult classic, True Blood. I can vouch, this show only gets better and more enjoyable as time goes on. Move over after-work binging of The Office and Friends. You’re basic.

The whole series is available on Prime. There are also many other great HBO shows like The Sopranos, The Wire, Sex and The City, Girls, Six Feet Under, and Curb your Enthusiasm to name a just a few. With all seasons AVAILABLE.

It’s shows like Monk that make us miss having cable. No worries, all of the adventures of everyone’s favorite OCD detective of the late naughts, Mr. Monk, played by the widely funny, talented Tony Shaloub is available on Amazon Prime. It’s time to break-out those Clorox wipes.

Your boyfriend won’t get it but that’s okay. Downton Abbey is a heart warming guilt pleasure. We can’t get enough of these richly developed characters like Lady Mary or Mr. Bates. This British drama is a look at estate life written and created by Julian Fellowes. Downton Abbey the movie was a huge success with a second possibly in the works. All six seasons are available, if you need to get caught up. Put on the kettle and pop out that tin of biscuits now. You’ll likely want to call out of work. Swaddle yourself in blankets and Maggie Smith’s one line zingers!

Poldark is a British Masterpiece historical drama based on the novels by Winston Graham. Captain Ross Poldark is a redcoat. After the American Revolutionary War, he returns to Cornwall. And side note, if you ever get a chance try a Cornish pasty; they are tasty! Ross discovers that his sweetheart Elizabeth has explored other marriage options in his absence.

However, waiting in the wings, is Ross’ plucky servant girl, Demelza, who appears to be his true soulmate. There are five seasons of this great romance and period piece. Not to mention, a few shirtless scenes of Captain Poldark that rival the Colin Firth as Mr. Darcy pond scene. ( If you know then you know.)

David Tennant, Michael Sheen, David Tennant, Michael Sheen. I mean do we really need to say more? Good Omens is of course adapted from the novel of the same name by Neil Gaiman and Terry Pratchett. A demon and an angel form an unlikely alliance to prevent Armageddon on Earth. This Amazon original is a lot of fun. It’s fantasy, so ride with it a bit before you knock it. The plot will come together (we promise).

Tom Clancy’s Jack Ryan is another Amazon Prime original adapted from a book. Jim (John Krasinski )from The Office plays an analyst turned up and coming CIA agent. Jack is quickly thrown into a world of high stakes missions to combat a new breed of terrorism. So far there are two seasons. Jack Ryan smuggling himself onto a plan via a human carcass was a spy thriller first, if we do say so.

Hunters is new to Amazon Prime and has so far there is one season available. It is produced by Jordan Peele and is the story of a band of superhero like characters who track down Nazis in NYC in the 1970s to prevent another Reich from forming. We can already see this year’s Halloween costumes of assassin nuns and bell bottoms. And oh yeah the great Al Pacino stars. Let the binging begin!

4. Man in the High Castle

Man in the High Castle is a high concept web series based on the Philip K. Dick’s 1962 novel of the same name. In this world, the Axis powers won the war. This show is imaginative and highly realistic. It certainly gives you something to think about.

Amy Sherman-Palladino’s The Marvelous Mrs. Maisel is a huge hit and has won awards for best writing and comedy. We just recapped season three of The Modern Mrs. Maisel for your reading pleasure. It’s lox and love at first watch.

The Americans is soooo good. Your friends likely have already harped on you to watch this FX award winning drama. Essentially, this is a six season show about your everyday espionage suburban couple. It takes place during the Cold War. Elizabeth and Phillip Jennings are actually two KGB officers pretending to be Americans living in Falls Church, VA. Hmmm sounds like the makings of good TV.

Fleabag is a self-proclaimed British tragicomedy written and starring force to be reckoned with, Phoebe Waller-Bridge. It is beyond sad that this Amazon original only has two seasons. Fleabag is a pithy single woman living in London trying to overcome a personal tragedy through some hilarious and unfortunate sexual escapes and side-eyed soliloquies. Fleabag is a beacon of what women in film can achieve, as well as being exemplary of the stories women crave and can relate to.

President Barack Obama listed Fleabag as one of his favorite shows for 2019. Do you think the former POTUS saw the episode where Fleabag was caught by her boyfriend feeling herself in bed with the news (Season 1)?!? LOL

The Top 5 Coolest Airports in the World

13 Quotes on Knowing Your Worth in The World