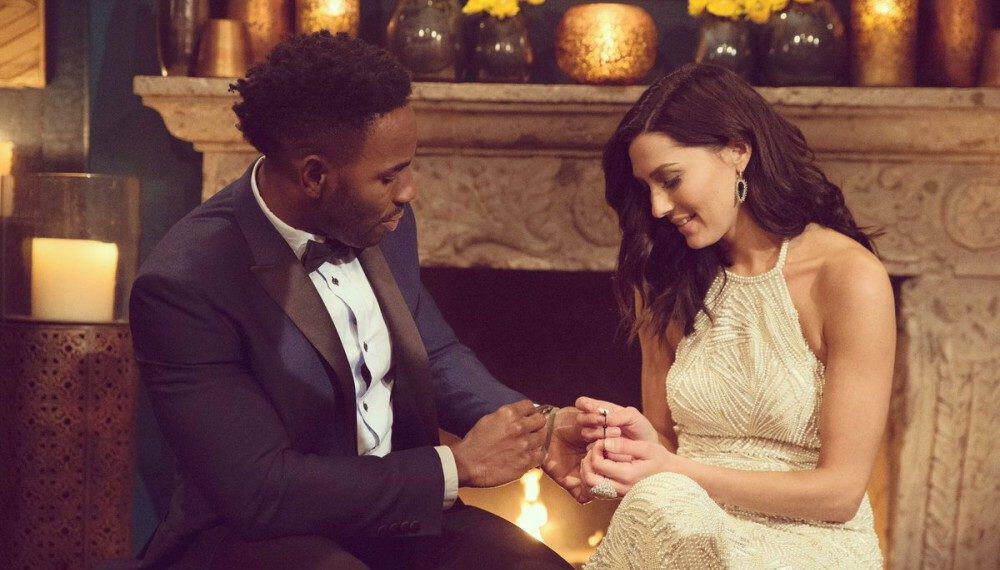 I recently started binging "The Bachelorette" after hearing a girl in line at the grocery store talking about the drama from last night’s episode. I anticipated some "Love & Hip Hop" style drink throwing, at least one drag-out fight and excessive crying, but was graced with sharply dressed men (mainly entrepreneurs), candlelit entrances and awkward interactions.

What in the John Cusack holding a radio above his head circa "Say Anything" is going on here?

I sip my wine and continue watching.

Each contestant, with an already planned out storyline, greets Bachelorette Becca with pre-rehearsed introductions that conclude with "I want to be your man" or "I’m the one for you" in some type of grandiose gesture; a choir in the background or a costume.

Often times I find myself smiling as Becca listens to each contestant talk about their struggles with an interpersonal relationship, a brother or mom, over sappy music and an obnoxious amount of candles; OH THE CANDLES.

Normally one guy would drop a few man tears and Becca would comfort him with a hug and conclude with a kiss. A slow, intense, "I’m feeling uncomfortable from my couch" kiss.

The conversations are light and the drama is heavy. Before you know it, you are completely consumed with the guy who gossips, but really already has a girlfriend and is searching to figure out who is the con of the group.

After finishing the first episode I get why people are into this cheesy love story reality show and how it conveys basic ass drama so eloquently.

After finishing the first episode, I get a sneak peek of next week where the men have to do a relay race to the altar for Becca’s love.

WEEK 2! The race includes a mud crawl, an ice bath and digging through cake all while Becca stands at the end of an altar in a white dress anticipating her prince. Oh, swoon.

More drama continues and I’m already prepared for my Hulu binge quickly hitting "next episode" before the previews time out. I’m officially hooked.

The next couple of hours include me yelling "he ain’t shit" at the television and laughing at moments of what seem like genuine interactions between two physically attractive people.

"The Bachelorette" gives us all an opportunity once a week to eat like shit and judge all these men by their looks, attitude, careers and pick up lines.

In this love story, there are no creepy tinder conversations, no speed dating mishaps that end with the guy being married and no "be sure to avoid him at work" type of situations.

It’s such a guilty pleasure because while it is completely rehearsed and super corny at times, it gives everyone the hope that love can be found for anyone. All you really need is hair, makeup, ball gowns on the beach and a camera, right?

Oh…and an obnoxious amount of candles.

Bringing Travel Home with You