Every NYGal can use some girl-power talks in her day and this is where to get 'em. 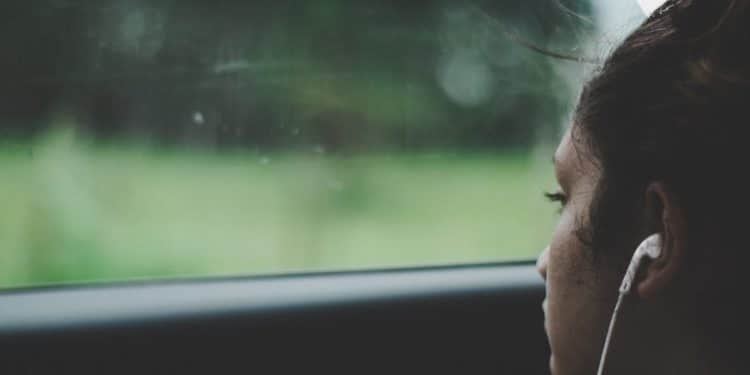 Let’s face it; as much as we like listening to male slow-talkers over the radio and on podcasts, it gets pretty boring after awhile. Just like any other fields in entertainment, the audio broadcasting industry is very male-dominated.

But, the good news is that there are more women than ever before getting into the audio game in all aspects: hosting, producing, and creating. These podcasts make you feel like you’re getting a hug through your earbuds. Some of them feel like it’s your best friends talking endearingly to you.

Whether you listen to podcasts while working out, cooking, or commuting, it’s always a good time to try out a new show, especially ones that empower you. Here are 13 of my favorite podcasts that are made by women, for women.

Aminatou Sow and Ann Friedman are best friends who live on the opposite coasts. This podcast was initially based on their long distance relationship, but then since broadened to cover everything from politics and pop culture. Also, they’re fierce about promoting and supporting women creators of all kinds.

2. Terrible, Thanks for Asking

Nora McInerny turns her terrible loss of her father, husband, and unborn son into lighthearted art. She lost the three loved ones in a month but uses comedy to heal. We’re so trained to answer with “fine” when people ask us how we’re doing, even when we’re not okay. McInerny lets her guests talk about not being fine and confront their tragedies with empathy and humor.

This is a personal plug since my dear friend, Rebecca Lee Douglass is the host, co-producer, and creator of the podcast, and I’m an assistant producer on it. We discuss serious mental health issues in a lighthearted and warm way. Through the show, we hope to destigmatize mental illness and provide listeners with a sense of calmness.

Doree Shafrir and Kate Spencer talk about searching for the fountain of youth and the lake of eternal happiness in a hilarious and insightful way. They talk about sheet masks, serums, exercise, nutrition, anxiety, and stress. The hosts explore how it all takes on new meanings as they age.

Invisibilia is Latin for “the invisible things.” The hosts, Alix Spiegel, Lulu Miller, and Hanna Rosin explore the unseen forces behind human behaviors – such as ideas, beliefs, assumptions, and emotions. They weave incredible human stories with fascinating new psychological and brain science.

Erin Gibson (aka Feminasty) and Bryan Safi (aka Homosensual) deal with heavy topics such as feminism and LGBTQ rights with a politically incorrect sense of humor. In their own words, they describe the podcast as a “look at all the issues important to ladies and gays and treat them with much less respect [than] they deserve.”

Two culture writers for the New York Times, Wesley Morris and Jenna Wortham, devour TV, movies, art, music, and the internet to find things that move them – to tears, awe, and anger. They try to understand the pleasures and pathologies of America in today’s day and age.

See Also: Don’t Be so Damn Defensive – the Subtle Art of Listening

Nike launched a new podcast series that features elite female athletes who inspire others. Their stories are from athletes who don’t stop at the sport. They spark change and redefine rules. You’ll hear from the world’s greatest athletes on topics like equality, gender, leadership, and confidence.

Believed is an inside look at how a team of Olympic gymnasts won a conviction in one of the largest serial sexual abuse cases in U.S. history, against Larry Nassau. It’s a story of survivors finding their power in a cultural moment when people are coming to understand how important that is. It’s also an unnerving exploration of how even well-meaning adults can fail to believe.

Political commentator and comedy writer Erin Ryan is joined by a bicoastal squad of opinionated, mouthy women to discuss news, politics, and cultural stories that affect women’s lives, from serious to absurd. Women are 51% of the world’s population and 100% of this podcast.

Hosted by Josie Duffy Rice and Clint Smith III, this is a podcast for everyone interested in criminal justice reform— from those new to the system to experts who want to know more. Each episode they cover a new criminal justice issue. They explain how it works and look at its impact on people, particularly women, poor people, and people of color.

Phoebe Robinson and Jessica Williams are two black women who are best friends. On this podcast, they comically talk about sex, romance, race, hair journeys, living in NYC, and a whole bunch of other topics. They also host a live comedy show in Brooklyn.