Exciting Books, Movies, and Tv Shows to Look out for in 2019 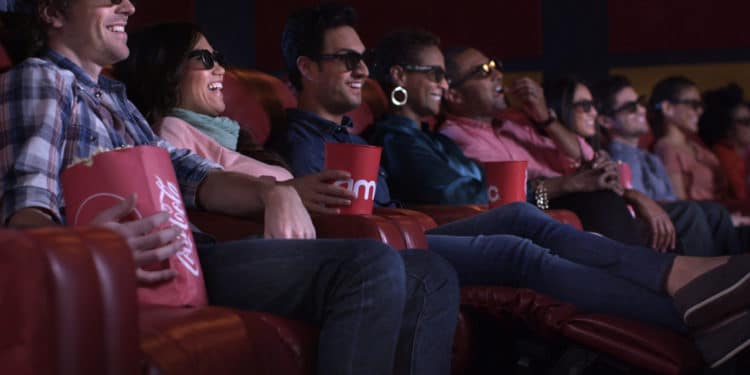 In a world where it seems like we’re bombarded with dozens of new shows, movies, and books faster than we can blink, it’s hard to keep track of what’s actually worth checking out. Luckily, NYGal has got you covered on what to keep an eye on for the new year. Here are 13 new things to put on your watch (or reading) list––and the 13 reasons why you should look out for these books, movies, and TV shows in 2019. 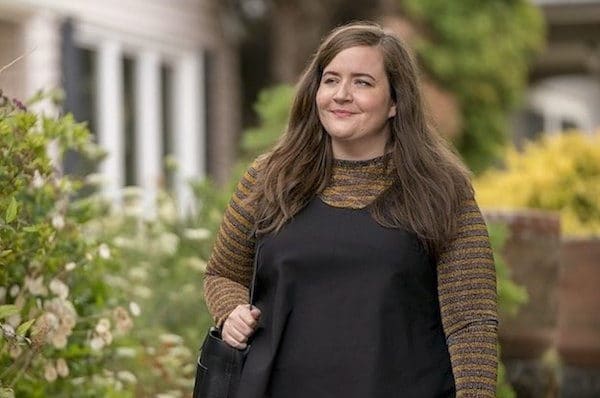 If you’re a fan of writer, comedian, and activist Lindy West, this one has probably been on your list for a while. Based on her memoir Shrill, this web series produced by Lorne Michaels and starring Saturday Night Live darling Aidy Bryant as Annie, an aspiring journalist who navigates a world that isn’t always as accepting of her full-figured body as she is. Considering Samantha Irby is one of the show’s writers (who, by the way, we’re obsessed with), we’re pretty sure you’ll be binging on this Hulu original as soon as it lands.

Okay, so technically this one has a release date slated for 2018, but considering the significant Oscar buzz surrounding this movie, can you really blame us for including it? This period drama starring Olivia Colman, Emma Stone, and Rachel Weisz takes us to the court of Queen Anne of England (Colman), whose close friend and secret lover Lady Sarah (Weisz) more or less rules the country while Anne, in ill health, takes to more unconventional past-times (two words: racing lobsters). When Sarah’s younger cousin Abigail (Stone) arrives at court, Anne takes a liking to her, and Abigail sees an opportunity to improve her social status. But, Abigail’s plans throw everything Sarah has worked for into jeopardy––and the vicious games between the three begin.

If you’re a fan of reality TV, don’t worry, we haven’t forgotten you! If anything, our recommendation for your next guilty pleasure is pretty much reality TV on steroids, with one of our favorite former teen idols added in for good measure. Lindsay Lohan’s Beach Club is exactly what it sounds like: the MTV docuseries follows Lindsay Lohan as she launches her next business venture located on the shores of Mykonos, and hand-picks the bottle servers, bartenders, and hosts who will aid her in making it a bonafide destination for the rich and famous. While this show seems like it’ll offer the usual reality show fare (crying! infighting! boss bitching! Mykonos!) it also hopefully promises a more nuanced, in-depth look into Lohan’s life after stardom and her downward spiral––and after that, her redemption.

If you’re a fan of the ground-breaking Freeform series The Fosters, which wrapped earlier this year, we’re guessing this spin-off has been on your radar for a while. The show takes off where The Fosters left off, following foster siblings Callie (Maia Mitchell) and Mariana (Cierra Ramirez) as they start their new life in Los Angeles––with a few bumps along the way, of course. Oh, and did we mention that your favorite new heartthrob Noah Centineo (To All the Boys I’ve Loved Before, Sierra Burgess Is A Loser) will make an appearance? Yeah, that. Aren’t you happy this is one of our 13 reasons why you should look out for these books, movies, and TV shows in 2019?

While lately, it might seem like there’s a never-ending parade of superhero movies hitting us every other weekend, trust us when we say that Captain Marvel promises to be a standout in 2019. Starring Academy Award-winner Brie Larson, the latest addition to the Marvel Cinematic Universe follows former air force pilot Carol Danvers as she discovers her powers and finds herself knee-deep in a galactic conflict between two alien forces––all the while trying to piece together who she is and where she came from. More female-fronted superhero movies? Yes, please! 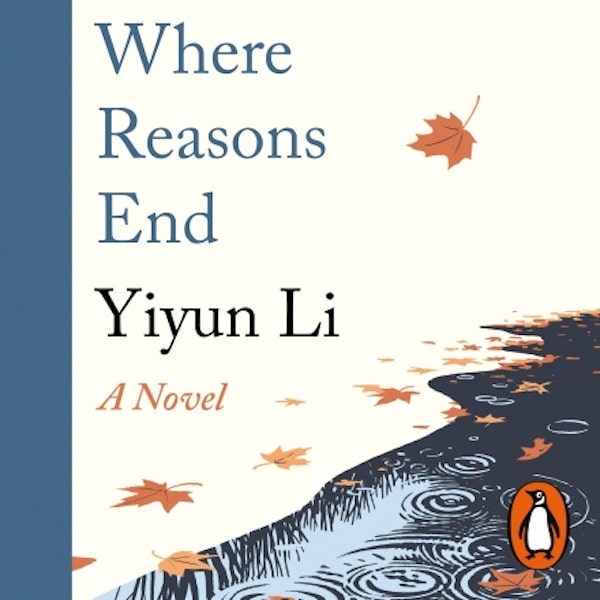 “I had but one delusion, which I held on to with all my willpower: We once gave Nikolai a life of flesh and blood, and I’m doing it over again, this time by words.” So writes the narrator in Where Reasons End, the latest novel by renowned author Yiyun Li about an imagined conversation between a mother and the son she loses to suicide. Based on Li’s own battles with mental illness and suicide (which she chronicled with devastating insight in her memoir Dear Friend, from My Life I Write to You in Your Life), her latest book will be an important read to anyone who has ever been touched by the wreckage suicide leaves in its wake. 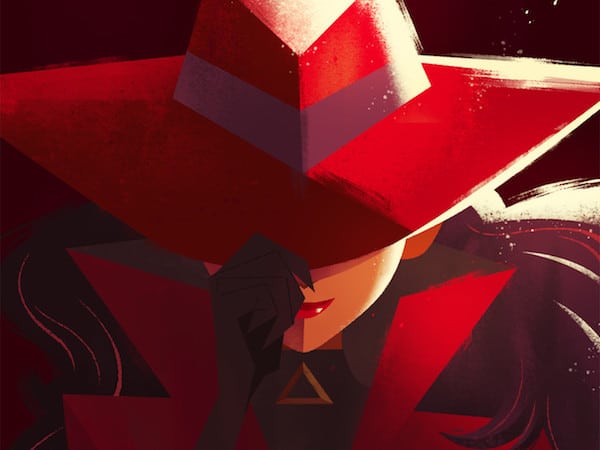 Ready to revisit your childhood with a reboot worth watching? Netflix’s version of Carmen Sandiego has got your back. While the original Where in the World Is Carmen Sandiego? was an educational game show geared towards kids, this iteration is more in line with the computer game franchise. Unlike earlier versions, the animated series takes a deeper dive into the titular thief’s past. If you want a dose of 90’s nostalgia with a more nuanced take on Carmen (voiced by Jane the Virgin star Gina Rodriguez), this is the show for you. 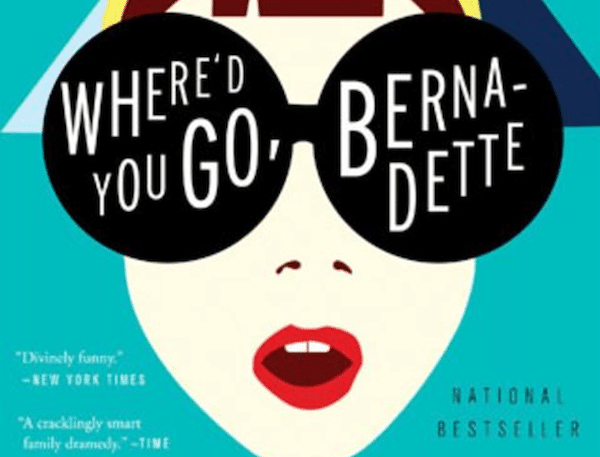 Based on the best-selling novel by Maria Semple, this comedy-drama directed by Richard Linklater (Boyhood, Before Sunrise) follows 15-year-old Bee, whose agoraphobic mother Bernadette mysteriously goes missing right before a scheduled family trip to the reaches of Antarctica. If the plot itself doesn’t completely sell you, the star-studded cast (which includes Cate Blanchett, Judy Greer, Kristen Wiig, Troian Bellisario, Laurence Fishburne, and Billy Crudup) certainly will.

The Curse of La Llorona

Don’t worry, horror fans, we haven’t forgotten you. For those in need of chills and thrills, The Curse of La Llorona looks like the perfect fix. Starring Linda Cardellini (Bloodline, Freaks and Geeks) and Sean Patrick Thomas (Save the Last Dance), this thriller––based on the ghost of the Weeping Woman, a fixture in Mexican folklore––tells the take of social worker Anna Garcia (Cardellini), who finds that a case of hers that ends in foul play strongly resembles a supernatural event from her family’s past. We’re getting goosebumps just thinking about how this is one of the 13 reasons why you should look out for these books, movies, and TV shows in 2019.

I Am The Night

If you’re a fan of Karina Longworth’s Hollywood history podcast You Must Remember This or actor Chris Pine, this TNT mini-series promises to be your newest obsession. Set in the 1940s, we meet Fauna Hodel (India Eisley), an orphan given away by her teenage mother at birth, who finds herself knee-deep in the infamous Black Dahlia murder investigation while trying to find out the truth about her past. Also, did we forget to mention Chris Pine?

Produced by de facto goddess Eva Longoria, this ABC show (adapted from the Spanish series Gran Hotel)takes place at a family-owned Miami Beach resort run by the Mendoza clan. To our delight, the show riffs on an upstairs/downstairs dynamic––think of a contemporary, Floridian Downton Abbey.Grand Hotel looks like it will be chockfull of scheming, scandal, and secrets––and who can say no to that?

My Sister, the Serial Killer 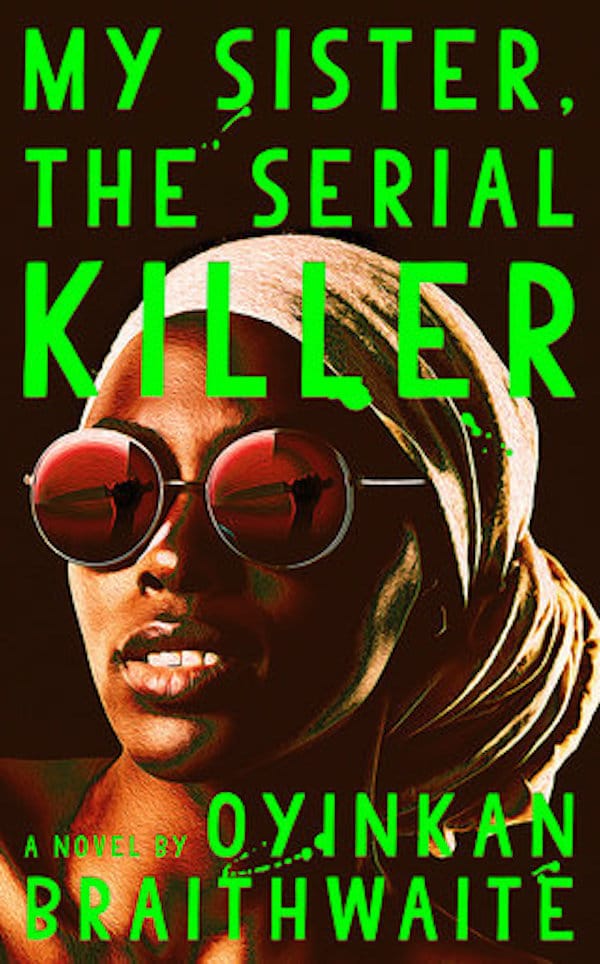 While this one might technically already be available in 2018, we’ve heard too many amazing things about this book not to put it on our list. Nigerian writer Oyinkan Braithwaite‘s debut novel, My Sister the Serial Killer is an acutely witty, darkly comic satire about a woman named Korede whose beautiful, charming, and probably sociopathic sister Ayoola can’t seem to stop killing off her boyfriends––and dragging Korede into cleaning up her messes. The Washington Post hails it as “a playful yet affecting examination of sibling rivalry, the legacy of abuse and the shallow sexism of Nigeria’s patriarchal society.” At a mere 240 pages, we expect that you’ll read this book in one sitting.

The Witches Are Coming 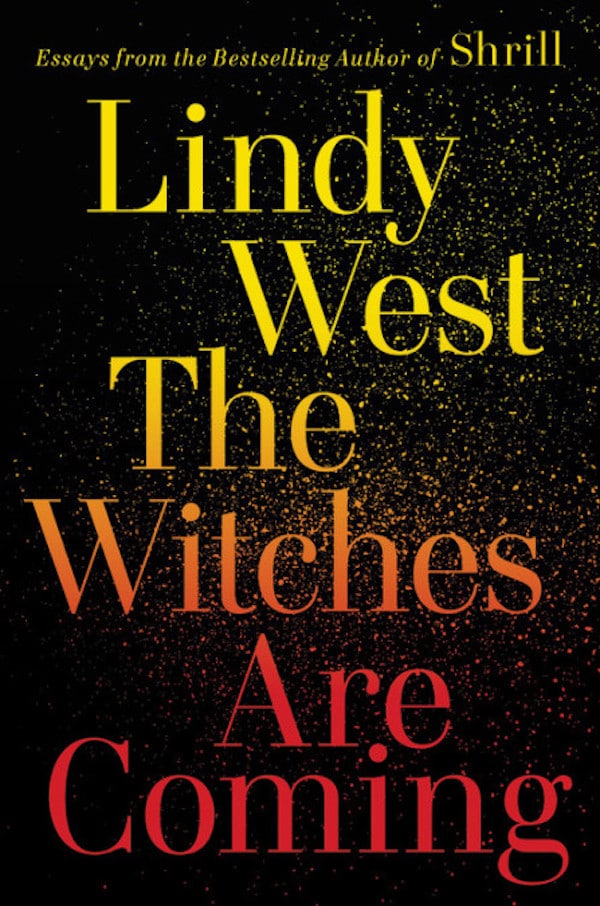 Fittingly, we’re capping off our list with a book by the author that inspired the first entry in our roundup. Lindy West––one of our generation’s greatest feminist thinkers––presents her theory on how Trump won the 2016 presidential election. (Spoiler alert: he did it with the aid of patriarchal gaslighting more or less been encoded in America’s DNA.) Using pop culture and her signature sense of wit, The Witches Are Coming promises to be as entertaining as it is terrifying.

NYGal’s 13 Reasons Why You Should Look Out For These Books, Movies, and TV Shows In 2019

There you have it. Here are our 13 reasons why you should look out for these books, movies, and TV shows in 2019. See? Next year is looking better already.