What makes Emma Watson different from the rest? 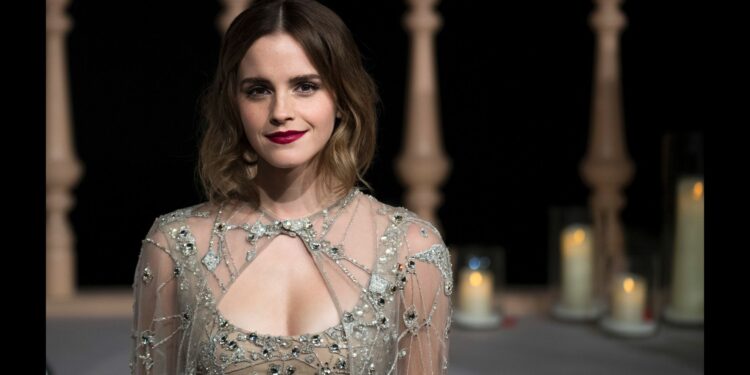 The name Emma Watson uncorks a bottle of nostalgia! It undoubtedly reminds Harry Potter fans of the rollercoaster ride Watson took them on as Hermione Granger. A cool fact about Emma Watson, aka Hermione Granger, is that she never really wanted to audition for the Harry Potter series. Watson’s teacher insisted she does so, and she participated just for fun. Aside from the incredible eight Harry Potter films, Watson gave breathtaking performances in Noah, Little Women, and, of course, the fairytale Beauty and the Beast. Apart from this, Watson acted in a film called Ballet Shoes and My Week with Marilyn, which, like her Potter movies, were also super hits. Success at such a young age also ensured Watson’s financial independence. She went on to finish her education at Brown University and got herself a degree in English. But she did not stop there. Watson managed to channel her fame into making an impact on the world. She contributed to the world by supporting feminism, gender equality, no pay gaps, and sustainability in fashion. (Fun fact about Watson: Emma Watson, the Potterheads’ crush, has also starred in a music video called One Night Only.)

HERE ARE SOME TOPICS WATSON CONTRIBUTED TO:

Emma Watson has always believed in spreading awareness about sustainability, especially sustainable fashion. She has nailed one look after another, all while wearing sustainable clothing. She has collaborated with brands like Calvin Klein, Givenchy, Burberry, and Ralph Lauren to get herself custom-made clothes. She initially started working with Calvin Klein and also started her own sustainable fashion line. She wore sustainable clothing to the premieres of Harry Potter films such as Harry Potter and the Prisoner of Azkaban and Harry Potter and the Half-Blood Prince. An outfit of hers that turned heads was a Calvin Klein black and white gown she wore to the Met Gala. Watson also wore a Louis Vuitton sapphire blue gown, in which she looked stunning. What made these two gowns stand out was the fact that they were made of recycled plastic bottles, which are non-biodegradable.

Her waste fabric dresses for the premieres of her romance, Beauty and the Beast, set her apart from the crowd once more. She is also known for wearing organic, certified silk dresses and certified lace gowns to events. A look by Emma Watson that is going down in the history of sustainability was a dress made from a pre-owned wedding gown. She wore this to an award ceremony, impressing thousands. Emma Watson has used every opportunity to favor the stand she has taken and carried the sustainable looks effortlessly. She has inspired several youngsters to follow this agenda. Fun fact: Watson owns a separate social media account just to showcase her eco-friendly looks to her fans)

AN ADVICE LINE FOR SAFER WORKPLACES

A problem faced by women, especially those working, is sexual harassment in their workplaces. The environmental activist, Watson, was not going to let this topic slide so easily. She decided to launch the first helpline for giving advice to women who go through such problems. There is very little or no awareness of this topic amongst netizens, and they are also not aware of what rights and laws exist for them in the judiciary. There exists a LOT, or labor organization treaty, for harassment cases in workplaces, but very few people actually know about it. The advice line listens to the problems of individual women and guides them on the required actions to take. It informs them of the laws and rights that will benefit them. The legality of a situation is explained to them overall, and the victims of such cases are helped.

Emma Watson is a firm believer in equality, be it in terms of race, caste, or creed. A book named “Why I Am No Longer Talking to White People About Race?” was published, and Watson had a chat with the authors about the same. She said she felt immense guilt after talking to them and started working toward equality. She was also the UNICEF (United Nations Children’s Fund) spokesperson for a short time.

Gender inequality is something that persists in different areas of life in different ways. But Emma Watson was not happy with it. The first step she took was starting the “He for She” campaign with the help of the United Nations. This, though, came to a halt when she was dragged into rumors and hatred by the media. Watson talked about a phrase called “self partnered” for which she received a lot of negativity from netizens. This was not enough to stop her from acting for good causes, and she kept moving forward. She went on to take a stand for herself and explain her perspective to her fans. The “he for she” campaign believed in empowering women and providing them with all the resources possible. The campaign draws men to work with and for women all over the world. A beautiful and unique thing that the campaign promoted was a mindset initiated by Gen Z. The new generation not only believes in the diversification of race, caste, color, creed, and gender but also in the diversification of individual thoughts. Overall, the “he for she” campaign worked to make the world a better and safer place for everyone living in it.

Emma Watson demonstrated her beauty on the inside and out by working on issues that needed to be addressed. She got a lot of fame at a young age, and she used it right!

Zendaya's rise to fame: from Disney sweetheart to a Star