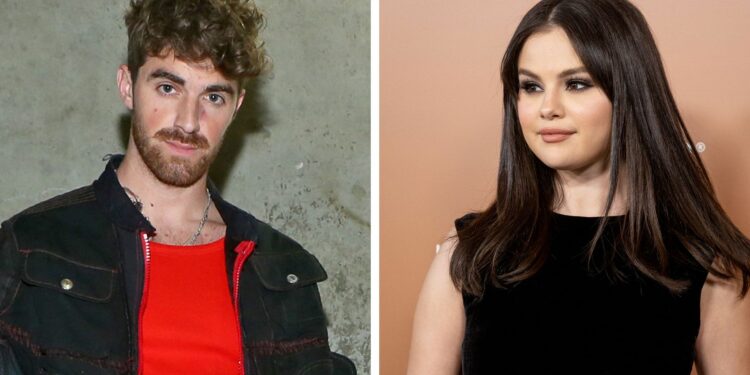 In this big busy world, where running around the clock takes away the beauty of moments, a celebrity romance can be quite the highlight. Especially, when the affair is blooming between two celebrities with a decent fanbase and popularity. Selena Gomez is not new to making headlines. While her talent and skill as an actress and singer keep her a part of the news, Gomez’s personal life has also been the subject of discussion and debate. Even today, years after the breakup, fans still cry over the bitter ending of Selena and Justin’s relationship. Talk about full-fledged drama. At the moment, Gomez is having a great time with the Chainsmokers star Drew Taggart and fans are exhilarated. The fact that the celebrity duo is quite open about their “casual” relationship adds more hope, and as usual, speculations are on the way.

To Hope or To Not Hope

Gomez and Taggart aren’t making any efforts to keep their relationship under wraps, and according to some optimistic fans, this is a major green flag. Since, humans tend to be a tad bit color-blind when it comes to discerning relationship flags, let’s not get our hopes high. You never know how fast the night will change, and with the night the shining bright stars will also fade away. But for now, the celebrity duo is living in the moment and making the best out of their time together. According to the Mirror, the pair is passing through the initial stages of their dating phase, and they are “very casual and low-key.” With frequent trips to movies and dates, they are getting to know one another better. Another source confirmed that Selena and Drew are having a “lot of fun together,” and that it is becoming quite a task for Selena to “Keep her hands off him.” Only time can tell whether this is yet another temporary flash of happiness, or a forever in the making. Even if it’s not a forever, there is still room for hope as temporary flashes are repetitive, and they come around after every curve in the road. Let’s just hope that the couple has a great time together, and even if they call it quits, may the fans not forget that Selena is someone who is awesome just by herself. The woman is a star who can shine brightly, with or without another.

Even before the dating rumors began making their rounds on the internet, Selena was on the news as she gave a fitting response to the crass body-shaming comments from fans she had to face following her appearance at the Golden Globes red carpet. Well, if they thought they could make her insecure with comments that belong to an earlier century, they couldn’t have been more wrong. After all, Selena Gomez is someone who has proved time and again that she is a queen who knows to keep her throne!

What makes Emma Watson different from the rest?