Zendaya’s rise to fame: from Disney sweetheart to a Star 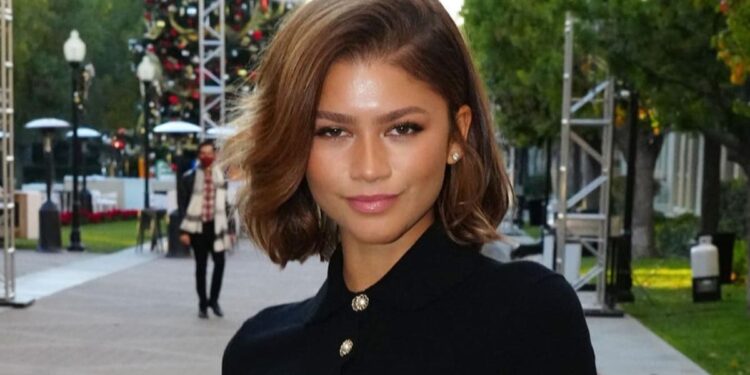 ZENDAYA COLEMAN, famously known as Zendaya, is a well-known name in the industry. Whether it be singing, acting, or modeling, Zendaya has proved time and again that she is an unrivaled star. Zendaya started winning hearts when she was a kid. Her first job was as a backup dancer for pop sensation Selena Gomez. From the girl next door as a child to a drug addict, Zendaya tends to ace every role that comes her way. Recently, due to the fame and fandom Zendaya holds, she was listed among the 100 most influential people of the year 2022. The 26-year-old has given some memorable performances throughout her career at such a young age. Apart from her numerous gifts, what makes Zendaya a fan-favorite is her witty sense of humor and humble disposition.

Here are some performances by Zendaya Coleman:

Good luck Charlie was a sitcom that aired on the Disney Channel for four years starting in 2010. Zendaya, who played Rocky Blue, managed to initiate her fanbase through this small role of hers. The sitcom revolves around the Duncan family and their mundane but entertaining day-to-day lives. A new member was introduced to the family who goes by the name of Charlie. She is a babysitter who joins them, and chaos follows. Zendaya played a very small role as Rocky Blue in the series but made sure to leave a mark.

Frenemies is a comedy-drama released in 2012. It was produced by Disney and starred Disney’s favorite, Zendaya! The movie involves the narratives of three different relationships. The relationship referred to is that of a frenemy! Zendaya, who plays the role of Halley Brandon, enacts a teenage geek girl. She stars next to Bella Thorne, who plays Avalone Greene, a chic. Zendaya was nominated for the Young Artist Award in 2013 for her performance in this film.

The greatest showman was one of the hits of 2017. Zendaya starred in this live musical and action-based movie along with Zac Efron and Hugh Jackman. Zendaya plays the role of Anne Wheeler, who is the love interest of Philip in the movie. The movie’s song, “This is Me,” won an award for the best original song.

The movie Dune, released in 2021, is a science fiction film. It is a fictional movie set in the future. Zendaya co-stars with Timothee Chalamet as Chani. There is a separate fan base of people who ship Zendaya and Timothee Chalamet, and this movie came out as a treat for them. She plays a young fremen woman who appears in Paul’s (Timothee Chalamet’s) visions. The good news for the fans is that a sequel to the film is expected in 2023 and is expected to surpass the standards of “Dune Part 1.”

Malcolm and Marie is a romance drama released in 2021. It is a black-and-white film revolving around the lives of Malcolm and Marie. Zendaya, who plays Marie, is also one of the producers of the movie. She stars next to John David Washington. Malcolm plays a director in the film, whereas Marie is an actress. Their relationship was described as romantic yet toxic in the movie. Zendaya was also nominated for best actress in a film for her unmatched performance in Malcolm & Marie.

A movie known by people of all ages around the globe is the film “Spider-Man: Homecoming.” Zendaya stars as MJ or Michelle in the movie. She plays Tom Holland’s love interest in the film. This Marvel film connects Spider-Man to the Avengers. Tony Stark, who is Iron Man, owns a weapons company. The plot of the movie revolves around how Spider-Man prevents the theft of these weapons. This marvel hit broke many records and reached new heights. The real love angle between Tom Holland and Zendaya really made the Spider-Man movies more interesting.

Spider-Man: Far from Home was a sequel to the Spider-Man film. The love angle of MJ and tom holland had gained a separate fan base. Like any other Marvel movie, Spider-Man was amazing! The plot involves Peter Parker (Spider-Man), Zendaya, and her friend on a school trip where they come across Mysterio. Mysterio is a villain pretending to be a hero. But, Peter Parker’s guardian angel Tony Stark helps him yet again, indirectly! A real treat for Marvel fans.

The final sequel to the Spider-Man films was Spider-Man: No Way Home. This Marvel movie single-handedly managed to break several records and made all Marvel and Zendaya fans go ballistic! The highlight of the movie was the appearance of all three Spidermen, namely Tom Holland, Andrew Garfield, and Tobey Maguire, along with Zendaya Coleman. The three Spidermans fight all the villains from all the previous films, and this movie should definitely be on your checklist! The girl-next-door vibes that Zendaya gives off make the movie a pleasure to watch.

Last but definitely not least is the web series on HBO starring Zendaya. Zendaya plays the role of Ruby Rue Benette, a black teenage girl who is a victim of drug abuse. The entire series is a perspective on teenage life these days, including all the negative things they have to go through. It highlights topics such as drug abuse, love lives, toxic relationships, bullying in universities, sidelining people, and human trafficking too. Zendaya surpassed herself with the performance she gave in euphoria. It was enough to give viewers goosebumps. She was nominated for best actress at the Critics’ Choice Awards for her role as Rue Benette.

Zendaya overcame hurdles and proved herself as a self-made superstar in the Hollywood industry. She is a stunning actress who has made every man wish for an MJ in their lives!