7 Things We Absolutely Love About Vinessa Shaw In Hocus Pocus 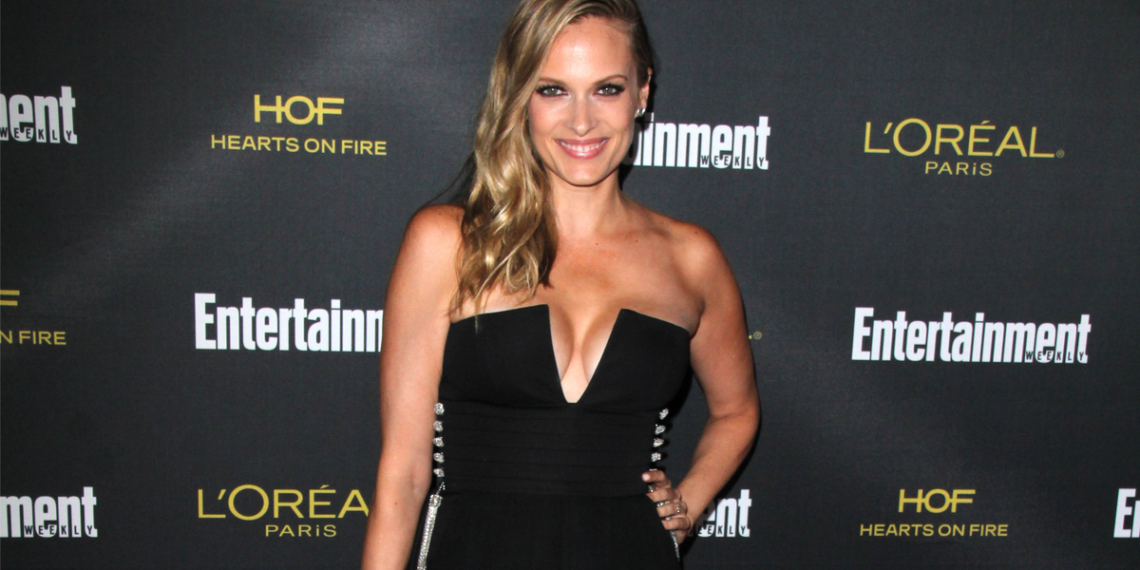 If you are a 90’s baby you grew up watching Hocus Pocus. The famous Halloween movie stars actresses such as Sarah Jessica Parker, Bette Midler, and Kathy Najimi as the Sanderson sisters, 3 witches from Salem who are brought back to life on Halloween night. The witches terrorize Allison, Max, and his sister Dani as they try to send the three witches back to the grave. Allison who is played by Vinessa Shaw is a really big character in the movie and we can’t help but love her character.

Freeform plays the movie every Halloween for their 30 days of Halloween special. Obviously, we cannot wait till then, so let’s take a look at the seven best moments of the actress.

One of the best moments from her is when Allison ditches her family’s party. Max and Dani crash a party at her very fancy mansion while trick-or-treating, and bump into Allison. After having a conversation with them Dani convinces her to join them. Most people would not be down to ditch a party with a classmate and his little sister but Allison is different. She even changes out of her over-the-top costume into something more casual to hang out with the brother and sister.

Another reason we love this character is how well she gets along with Dani. Thora Birch who plays Dani does a great job of having chemistry on set with Vinessa Shaw. The connection shows on-screen as both characters get along so well you would think they were related, now we see why Max likes her so much. All guys want to see the girl of their dreams getting along with their family members, especially siblings.

Throughout the movie, Allison tries her best to protect Dani from the three witches and helps Max get her back after they take Dani.

Vinessa Shaw’s first scene as Allison is defending Halloween to Max. His character as we learn is originally from California and is skeptical of all the Halloween talk in the town of Salem. When the professor is sharing the stories of the town, Max doesn’t believe a word and goes on a rant about Halloween as candy companies’ way of making money. Allison decides to give him a lesson and schools him on the origins of the holiday.

“Halloween is based on the ancient feast called all hallows eve, it’s the one night of the year where the spirits of the dead can return to earth.” She says, and the class follows it with applauds, Max takes it as his chance to give her his number in front of the whole class! This is very awkward but also kind of brave of him to just hand someone out his number in the middle of class.

Helping Set The Witches on Fire

One of the most iconic scenes from Vinessa Shaw is when the trio thinks they killed the witches. Allison and Max come up with a plan to lure the Sanderson sisters to their high school, so they can burn them. This scene shows how brave Allison is and how she is willing to help bring down the three Sanderson sisters. Even though their plan didn’t go as planned, they still were able to outsmart the witches into the school’s oven.

Also, following that scene we see Dani and Max celebrating in a very familiar park. If you haven’t noticed the fountain they dance in front of is the same fountain in the theme song of Friends. Both TV shows and movies were filmed in the same studio, so that’s why the fountain is in both.

Not Lighting The Candle

Even though we can agree she and Max are super cute together, there are times she outsmarts him. One scene where we see Allison be a smart decision-maker is when Max asks her if she wants to light the black flame candle. According to the movie, only a virgin can light the candle, many suggest that Allison didn’t light it because she’s possibly not a virgin. Of course, that is just viewers’ speculation.

A character we can’t help love in the movie is the cat Binx. As we learn in the beginning Thackery Binx’s sister was taken by the Sanderson Sisters years ago, before they were hanged for killing her. When he goes to save his little sister they transform him into a cat, to live out the rest of his days. Allison and Dani really take to Binx and feel close to him, they even at one point want to help him.

Allison tries to find out ways to save him and bring him back to human form, but unfortunately, only the Sanderson sisters can fix the spell. Binx feels really close the trio and feels a special connection with Dani and Max, as they remind him of him and his sister.

Lastly, one scene we love of Vinessa Shaw playing Allison is the sweet moment between her and Max. While they are hanging back at the house, they finally get some alone time in the movie. Of course, Max uses another very awkward flirting line but it works on Allison! During the scene, Allison is reading the instructions on salt can that say, to form a circle to protect against Zombies, witches, and old boyfriends.

Max uses this as his chance and says, “well what about new boyfriends?” and kisses Allison.

What are some of your favorite Hocus Pocus moments?

No Halloween Plans? Hit up One of These Nyc Parties

The Ultimate Review of The Oster Blender (What Can It Do?)