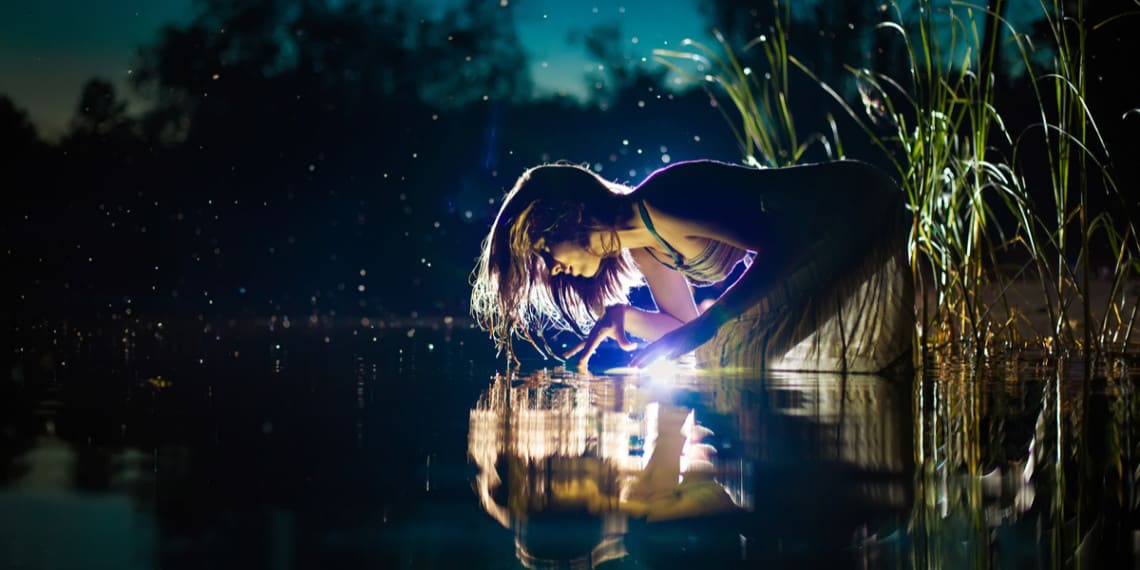 Some of the best movies of witches may have flown below your broomstick radar. These are witchy times we live in. There is a surge of interest in witches almost every decade and an interest in the occult is on the rise. Witches represent women’s growing power and are representative of many feminist ideals and tropes. The portrayal of witches in movies says a lot about society’s fears and concerns toward women.

In recent years, witches in movies have gotten darker, noting The Chilling Adventures of Sabrina, the reboot of the 1990s TV sitcom Sabrina the Teenage Witch. In one decade, Sabrina is a hapless teenager worrying about not accidentally turning her boyfriend into a toad. While in this present decade, teenage Sabrina is dabbling in the occult and uses dark magic, as a way to combat the injustice of high school.

Below you won’t find our favorite mainstream witch movies like Hocus Pocus, Teen Witch, The Wizard of Oz, or Harry Potter to name just a few. However, below are 7 great witch movies to add to the cauldron. And always ask yourself: are you a good witch or a bad witch?

Häxan is a documentary style horror movie. It is a movie of witches made in 1922 so you know it’s scary AF. The movie is Swedish director, Benjamin Christensen’s response to the mass hysteria that resulted in the witch-hunts of the 1600s. Christensen was inspired by the German text Malleus Maleficarum(1487) or “Hammer of Witches” that used theology and law to support the extermination of witches. The film was originally banned in the US for a fun trifecta of sexual perversion, torture, and nudity. It’s a nightmarish brew but it illustrates how innocent women were victims of religious persecution(hmmm).

So I Married a Witch is a vintage classic. It was the inspiration for the 1950s sitcom Bewitched. Femme fatale, Veronica Lake, plays a witch who survived the 17th century witch burning. She returns in present day to seek revenge by marrying one of the descendants of the Puritans who tried to torch her in Salem. Bell, Book, and Candle with Kim Novak and Jimmy Stewart is also another great underrated movies of witches.

Eve’s Bayou is a delightful venture off the beaten path. The witch trope gets a revamp with this incorporation of voodoo. Eve is a ten year old Creole-American girl who with the help of her witchy aunt, attempts to rebuild her family after her father’s life shattering infidelity. This is truly a great drama worth seeing, especially for the Louisiana mystique. ( There will be snakes.)

Everyone loves the animated witch movie classic, Kiki’s Delivery Service (1989). Mary and the Witch’s Flower is a Japanese animated witch movie for the new generation. The plot is inspired by the novel The Little Broomstick by British author Mary Stewart better-known for her Merlin series. Harry Potter fans will likely enjoy this flick, as it involves a magic school! Mary is an unassuming English orphaned witch(familiar) who comes across a rare plant that blooms every seven years and gives her witch power, but only for one night. The English version of this film features the voice of Kate Winslet.

The Love Witch is hipster eye candy. The 1960 pastiche is super fun and a refreshing take on the genre. This witch movie is a drama/thriller. Elaine is a beautiful witch who practices love spells in her Gothic Victorian apartment, as one does as a single witch. Then, after a string of insignificant lovers, the young witch lures into her magic web the man of her dreams. However, Elaine is pathological in her need to be loved. And she contemplates murdering “Mr. Right.” The film is a wild, fun trope of drama and dead pan comedy that explores female identity and sexual fantasy. Also, the wardrobe and sets are to die. Check-out our article on witch-makeup if Elaine’s look has you bewitched.

90s babies will remember the witch movie Practical Magic starring Nicole Kidman and Sandra Bullock. ( A GREAT witch movie with a soundtrack by Stevie Nicks.) People might also remember another equally great witch romantic comedy, Simply Irresistible with Sarah Michelle Gellar. In this movie, Buffy the Vampire Slayer is a witch/ chef who by circumstance inherits the ability to infuse magic through her cooking. I mean what is more delectably sinful than a crème brûlée ? This movie has all of the witchy feels with the fuzzies of a good rom com. Put it on your list!

27 Inspirational Quotes about Breakups to Get Your Past Your Ex