How Tommy Vext Trains His Powerful Voice for Live Performances

If you are wondering how heavy metal rock star, Tommy Vext, gets ready for those powerful live performances, check out this article for more information. 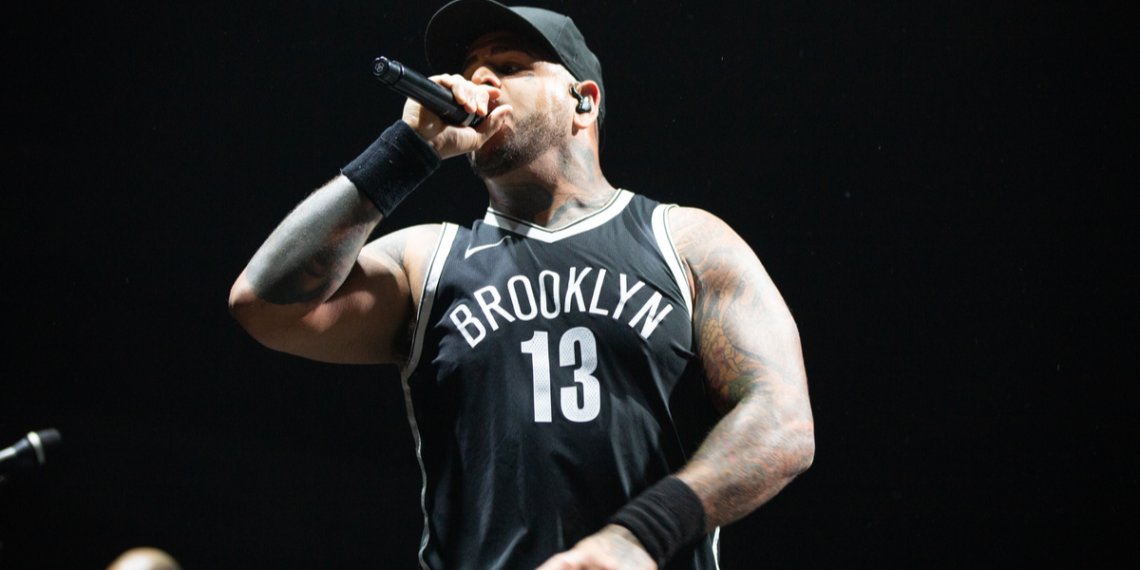 Heavy metal artist Tommy Vext has lived the rocker lifestyle, done battle with his inner demons, and faced the assault of the current cancel culture sweeping the nation. But the rocker continues to push forward and refuses to give up his musical dreams. Vext has fronted serval bands throughout his career and will no doubt continue to make music his way.

Not up to speed on who Tommy Vext is? Keep reading below to find out more about Vext and what drives him to such powerful performances!

Tommy Vext is the stage name of Thomas Cummings. He was born on April 15, 1982. Vext and his twin brother were abandoned by their mother shortly after their birth while still in the hospital. The brothers would be adopted together and brought up in a good home with their adopted parents and sister.

Vext would say during interviews that he was happy as a child. Things would continue this way for the next ten or so years; then, things begin taking a darker turn.

At around the age of 11 or 12, Vext’s twin brother began to display signs of mental illness. What started as bouts of anxiety soon would turn into explosions of violence. The rocker’s brother began hitting and abusing their adoptive mother and the family’s pets.

The situation would reach a tipping point with Tommy Vext’s adoptive father, a Vietnam veteran, slipping into alcoholism and shutting down from the family. The cycle of violence would continue to escalate till the boy’s adoptive mother and sister would move out of the home, fearing for their safety.

Eventually, around 2010, the episodes of violence would come to a head with Vext’s brother, whose mental illness was made worse by drug abuse, attempting to burglarize their adoptive mother’s home. Vext confronted his brother and tried to talk him into going to rehab; unfortunately, this offer ended with Vext’s brother hitting him over the head with a crowbar and sending him to the ICU.

The saga between the brothers would finally come to an end with Tommy Vext testifying against his twin for attempted murder. The brother would be found guilty and sentenced to 17-years in person, where he remains today.

On the streets of Gerritsen Beach, Brooklyn, New York, Tommy Vext would find himself in his own cycle of alcohol, drugs, and violence. It wouldn’t be long, though, till Vext began to discover a passion and an incredible talent for music.

Vext began battling it out in freestyle rap battles with other talented performers in his Brooklyn neighborhood. Soon he would be performing in several heavy metal bands in the area. The artist would have to sneak into the clubs his band was performing at due to his young age.

In 1996 Vext and three neighborhood friends, Mike Kontaras, Steve Perlmutter, and Jim Donovan, would form their own heavy metal band, Maniacal Disciple. In time the band would change their name to Vext, and Thomas Cummings would gain his new stage name, Tommy Vext.

The New York City heavy metal scene soon took notice of Vext, and the band began playing historic venues CBGB, The Continental, and Lamours. The rockers found themselves climbing the heavy metal ladder and soon were opening for more established bands like Biohazard, Candiria, and others.

In 2006, Tommy Vext would be approached by Fear Factory member Dino Cazares to be the front of a new band, Divine Heresy. The group’s debut album would be met with critical success, but unfortunately, that success was short-lived. In 2008, the group voted to kick Vext out of the band for repeated altercations with Dino.

Later in 2008, Vext would join up with the Santa Barbara, California band Snot. The band would work short stints together, even touring the United States with Vext on vocals. The group last performed together in 2014.

Around 2016, Tommy Vext formed the metal group Westfield Massacre. His run with the group, however, would be short-lived. In 2017, he would leave the band and began providing vocals for Five Finger Death Punch while they were on tour in Europe without their lead singer.

Tommy Vext would find his biggest critical success to date with the band Bad Wolves. The group would see several of their singles make it onto the Billboard charts. Including the certified platinum single Zombie.

Vext left the group in 2021, surrounded by a bit of controversy. The rocker, who is mixed-race, spoke out against Black Lives Matter and the violence that seemed to be following them. He was also an outspoken supporter of former President Donald Trump.

Feeling pressure from the current cultural climate, Vext released the statement, “And for this, they came for me… Cancel culture came after my band…However, this is my fight; I realize I cannot drag my band members or the people around me into this. I, on my own, decided to go solo…” The band would deny Tommy Vext’s beliefs were the reason for his departure and forged forward with a new frontman, Daniel Laskiewicz.

Not to be held back or defined by his circumstances, heavy metal rocker Tommy Vext has used his unique life experiences to infuse his music with a sense of raw power. Sober since 2009, Vext continues to do things his way, and the rocker puts every ounce of himself into his performances.

What is Rebbie Jackson (The Oldest Jackson) Doing These Days?

The Official Lolita Takes the Spotlight in Nyc

The Difference and Similarities Between Cotton and Muslin Fabric

Is Zevo Completely Harmless for Kids and Pets? (Closer Look at The Ingredients)