Alex Foden talks about his experience with Amy, his charity work, and his new adventure with up-and-coming talent Elisia Savoca. 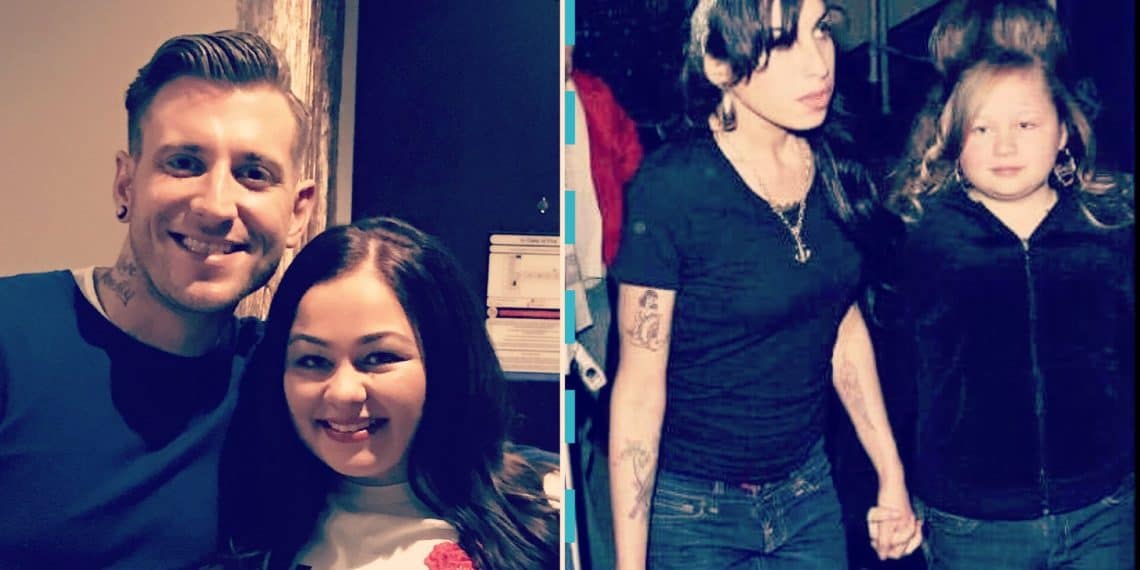 Image Credit: Band of Others

After a wonderful introduction to the up-and-coming artist Elisia Savoca, by the management company Band of Others, and delving into her unique sound and untamed passion through an interview, we also were introduced to Alex Foden, Elisia’s hairstylist, who happened to slip us an interesting tidbit; He was Amy Winehouse’s hairstylist. And yes, he was responsible for the infamous beehive.

This got NYGal gasping, shrieking, and excited to know more and share it with our readers. Because, who doesn’t still cry over the loss of this musical gem, legend, and queen? If you don’t, you don’t have a heart and you certainly don’t have ears to appreciate her soulful sound full of emotional wisdom and vitality.

Lucky for us, we didn’t have to do much begging for an interview! Alex’s chipperly agreed to answer our burning questions about his journey to hair stardom, his charity work, and his experience with both Amy Winehouse and Elisia Savoca.

How did your hairstyling journey start?

I started hairdressing at the age of 13 after school in a local hair salon in Cheshire, in the UK.

My first ever memorable Christmas present was a professional hairdresser’s blockhead that I had begged my parents for. I think I was 6 or 7 years old. I have very fond memories of it being the first hair that I ever plaited, curled, and put up. It was also my first ever perm!

I can remember how I used to sit on my grandad’s lap and he’d let me put all of his hair up in elastic band bobbles. He had so much patience with me; I honestly don’t know how he did it! Even at primary school, I did all the girl’s Barbie doll’s hair for them!

Hair was always a natural passion. Luckily for me, my talent was seen and nurtured by my first ever boss Samantha Rutter, who now owns Halo, a popular salon in Cheshire amongst soccer player’s wives, and television celebrities from Northern English soaps such as Hollyoaks and Coronation Street.

Sam allowed me to work at the salon that she managed, every Wednesday, and Thursday, for their model nights from the age of 14. This gave me the confidence and headstart that I so badly wanted! I was salon-qualified within my first year of leaving high school and I headed to London at the age of 18.

Employed by John Frieda, in Mayfair, as their youngest colorist on the shop floor, my first day was not exactly a breeze! When I took a look at my column, I only had one client for the day… one…so, they said it wouldn’t be stressful.I couldn’t believe it, it was Dame Shirley Bassey!

Then from there, it was onward and upward, with my first photo shoot being the front cover of Marie Claire with Holly Valance. It was a story about balayage, the color technique that now has taken the whole world of hair color by storm. A technique originally handcrafted at John Frieda in New York, and taught to just John’s staff exclusively!

Working for John, we obviously had our big hair clients.My favorite ones being the clients I had at the Claridge’s salon from Texas, USA.This was the start of me learning the craft of BIG hair!

Did you always see yourself working with celebrities?

As a child, I always knew I wanted to work in the industry and be an influencer who created signature looks. But, who would have thought it would come from the legend that will always be Amy Winehouse! When first asked to do her hair I was undecided because I thought she was gobby and had an attitude.

As my career was moving in leaps and bounds, Amy was becoming a global star. Bringing back the true passion of jazz, blues, and Motown, and firmly cementing her influence and singer-songwriter skills in the world of music forever!

What’s something you will always remember about Amy?

While she was touching hearts through her music publicly, behind closed doors she was tending to, and touching the hearts of her friends and loved ones.Always the selfless girl, Amy would constantly be looking after “the group”. She was one of the most caring, kindest souls I’ve ever been blessed to have had grace my life.

As someone who shaped my world forever, finally by the beginning of next year, two products that we worked on and planned to launch when she was alive, will be launched as my tribute to her. Blake Wood has launched his book of beautiful images of Amy “behind the scenes” for everyone to adore, Tyler James has tributed his new album to her, and her father Mitch, together with Base Hologram are working together with the aim to have a tribute tour of Amy back on stage for all of her fans that never got the chance to see her perform. All of these tributes in the same year speaks of one thing, collectively: Amy had such a huge impact on the lives of those around her, that it has taken those in “the group” 7 years to come to terms with her passing.

Personally, I’ve always felt that she never left and that she continues to constantly guide me, and places people into my life; Elisa, being one of them.

How did you get involved with Band of Others and Elisia Savoca?

After the passing of my Grandma at the end of last year, I decided that while on my summer break from studying Psychology at Goldsmith’s University of London, that I was going to follow my heart and travel to America! Starting with Amy’s favorite place, and place of marriage, Miami!

While in Miami, I messaged one of my best friends in LA, Cameron Neilson at Band Of Others to let him know that I was visiting and wanting to head to LA. Instantly he spoke to me about a girl he was currently representing, and he told me that I’d absolutely love her!

He sent me a cover she’d done ofLove Is a Losing Game. It was the first time I’ve heard a rendition of one of Amy’s songs andnotthought it was either painful or totally torn apart. You just don’t touch a legend’s song, meaning you don’t sing “Listen” unless you’re Beyoncé or Jennifer Hudson. It’s that simple!

Once he told me it was her EP launch while I would be in LA, I immediately put myself forward to start working on developing Elisia‘s tresses into a cool, quirky look.After meeting her, she was the first thing that made me fall in love with the idea of living in LA, and knowing it was the place I wanted to launch my tribute to Amy.

After watching a seriously abusive relationship between her and Blake Fielder-Civil, I made the decision that a percentage of the profits from Amy’s tribute would go to one of my closest friends, Rachel O’Hare’s charity Elle4Elle. Their aim is to help abused or vulnerable girls gain back some of their dignity while living in refuge.

They supply makeup and toiletries, and other essentials that we take for granted every day.When I was at the first charity lunch in Cheshire, Lynette and Rachel opened my eyes to these issues and told me the ways they help cheer these girls up. Things like being able to put their “face on” with a little eyeliner and lip gloss are things we take for granted every day. Toilet paper is one necessity they will go without because of cost and the need to spend what little they have elsewhere.

I decided, from knowing Amy so well, this was the charity to donate a percentage to, and a way to supply them with the hair products that we’d developed together before her death, helping to raise the awareness that this new charity needs.

Also, secretly hoping that our new Princess Megan Markle, would take on board and pick to be a patron of! Knowing she has to pick the charities that she will represent for our Royal family incredibly soon! I think her understated, simply glamorous natural makeup, and soft sweetness would resonate the love that these girls so badly need!

How does Elisia remind you of Amy?

Elisia’s swagger and bravado remind me so much of Amy! The little looks she gives you before she thinks, the intrigue that she arouses, and her eyes. She got my heart instantly too!

With our first huge job together being Palm Springs Pride, I feel honored and blessed to say that I’m starting this exciting journey in the states with Elisia. A truly raw and youthfully talented artist, who I admire to the max!

It’s the continuation from a summer of love in LA, of a friendship to prosper, a shared love of the industry and it’s artistry, to all things wild and wonderful. I can’t wait to see where we go together, along with Cameron, who I’ve now known for over 15 years!

Elisia gives me the same excitement as Amy did, and I know for sure this girl is here to make her mark. Already compared to legends such as Lady GaGa as well as Amy, Elisia’s uber coolness is coming your way. I honestly can’t wait for you to all fall in love with her as I have!

Feel Good This Thanksgiving by Volunteering in Nyc