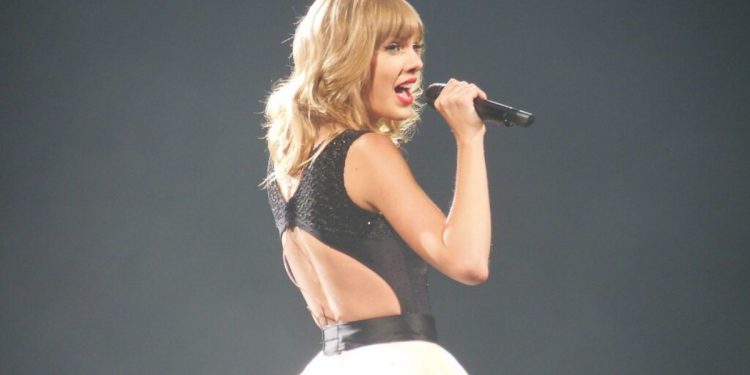 Taylor Swift gets thrown a lot of shade for having a repertoire of A-list boyfriends and then immortalizing them through her catchy songwriting. The female popstar received the Artist of the Decade Award at the American Music Awards 2019. She has been remarked as the voice of our generation and has seven albums, ten Grammy’s, and a net worth of 360M (OMG).

Most 30 years old’s have dated more than a couple of fellows, so c’mon, let the adult woman be. Taylor Swift is allowed to have has many boy toys, I mean boyfriends as she pleases. Without Taylor’s experience, many people would lose their breakup or unrequited love battle anthems. Her songs are one-note but are super relatable. The whole story is present in one line. “She wears short skirts/ And I wear t-shirts.” Taylor is the champion for your inner underdog.

As the artist said in an interview, “A man writing about his feelings from a vulnerable place is brave; a woman writing about her feelings from a vulnerable place is oversharing or whining.” Dr. Helen Fischer, a licensed psychologist and marriage counselor, recommends having 8-10 relationships before settling down because it helps the person discover what they need and desire from a partner.

With that said, below is the complete list of Taylor Swifts confirmed and unconfirmed boyfriends. Also, catch T-Swift in Andrew Loyd Weber’s Cats the movie in theaters this December. It’s the first film to use digital fur technology. Meow!

Below is the list of Taylor Swift’s boyfriends in chronological order.

Joe Jonas infamously broke up with Taylor Swift via phone call.  That’s okay, it prompted her to write her hit “Forever & Always.” The lyrics say it all, “Was I out of line?/ Did I say something way too honest, made you run and hide/ Like a scared little boy.” The song “Teardrops on my Guitar” is also thought to be about Joe.  The two singers have since grown past their teenage woes and can now laugh at their musical retaliations…sort of.

Taylor Swift found herself a cute cowboy. Lucas Hill you might recognize as the cowboy and love interest in The Hannah Montana Movie. Lucas and Taylor met while shooting her music video “You Belong to Me.” The two according to Lucas were too compatible. They were better off as friends. Sometimes you just need more of a spark ( we feel you).

Who can forget the Taylor-Taylor love connection? Unfortunately, it did not last with the teenage Twilight werewolf heart throb. The pair met on the set of the celeb heavy romantic comedy Valentine’s Day.  As many of us know, sometimes the only thing worse than getting dumped is doing the dumping. The song “Back to December” is about Taylor lamenting her decsision. It’s Taylor’s first time apologixing through song. The lyrics are tender, “I miss your tan skin, your sweet smile, so good to me, so right.”

Who hasn’t dated John Mayer? It’s like a celebrity rite of passage.  Taylor and John dated between December 2009 and February 2010. Mayer was 32 and Taylor had just turned 20. Needless to say, the affair was short-lived. “Dear John” humiliates Mayer to this day. His song “Paper Doll” is a direct response.

The Glee star and T-Swift went on a few dates.  It was an amicable experience. Even though Taylor did not know Cory well, she went on to write “Mine” about him, “a boy she barely knew.” She, like man, was heartbroken, to learn off Cory’s untimely passing and wrote a nice tweet on Twitter.

Drama, drama, drama for the Hollywood A-list actor and the popstar. “All too well” is known among Swift fans for the infamous red scarf. When they were dating, Taylor is seen wearing a red scarf that she claims Jake still has and has worn even after their break-up. If you ever need help with what to do with an exes stuff. Read our article on “What to Do With an Ex’s Stuff (With Help From Taylor Swift).”

The Owl City singer and T-Swift had some fireflies (intentional song reference). It was cute.

Taylor went on like one date with this Glee star. Who knows if she even had a chance to kiss that “trouty” mouth (Glee reference). Their relationship was a second.

Sadly, the British ginger hunk with green eyes and freckles was not enough to anchor Taylor’s heart. The two met on the set of the musical film version of Les Misérables

The two never dated, but EllenDeGeneres likes to playfully tease them. I mean c’mon they would be so cute together.

Not everyone can say they have dated a Kennedy.  Connor and Taylor met in Hyannis, Massachusetts ( so Kennedy-esque).  The 19-year-old Kennedy grandson got nervous when the singer bought a home near their compound. It was too much too fast.

The song “I Knew You Were Trouble” is rumored to be about the torrid affair with the British boy band heartthrob, Harry Styles.  Also, “Style” is a pretty clear giveaway.  Harry’s song “Two Ghost” seems to also be about his relationship with Taylor.

Taylor dated Calvin longer than anyone and their affair was certainly one of the most public along with the blowup. The two met at the Elle Style Awards.  “This is What You Came For,” is about Calvin. She writes about cheating on Calvin with Tim Hiddleston on her Reputation album.

The two met at the Met Gala. She ultimately left Tom for her current beau Joe.  She details her cheating (again) on album Reputation, “The ties were black, the lies were white / In shades of grey in candlelight / I wanted to leave him / I needed a reason.”( The truth can be brutal.)

Taylor seems to be in her element with her current boyfriend.  Taylor has written love songs not breakup songs for this relationship. “London Boy” says it all and has all the warm fuzzies.  Best of luck Tay Tay, you slay girl.