How modern-day music influences our relationships. 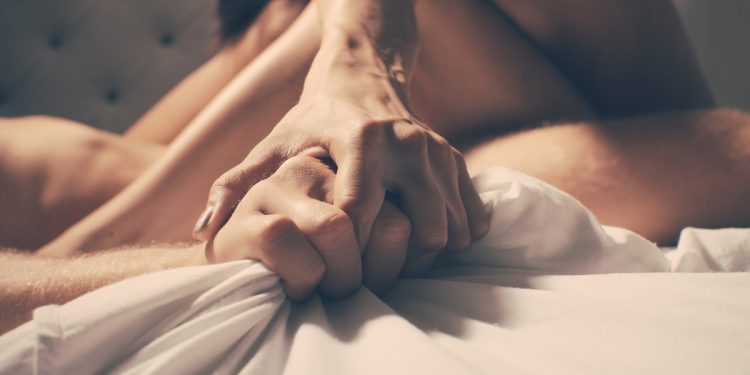 New songs like Cardi B’s “WAP” featuring Megan Thee Stallion, spends its 7th week at the top on the Billboard Hot 100 music charts and this week at No.2.

“WAP”, an acronym that plays on the radio as “wet and gushy” actually means “wet ass pussy,” and has gained a lot of controversy with sexually explicit lyrics like,

“He got some money, then that’s where I’m headed

He got a beard, well, I’m tryna wet it

I let him taste it, now he diabetic,”

The sexy song and raunchy video with celebrity cameos like Kylie Jenner have gained speedy popularity on social media. Many celebrities are trying to mimic the sexy dance as well as shockingly children.

Where is music heading and what is it teaching us and younger generations about sexual relationships?

These three things sell well by themselves and impact modern-day culture but when sex and music are combined those soundwaves hold weight. Add the impact and influence of social media and you may have something with good intentions but with a few bad outcomes.

Through different music genres, you’re sure to find content that is relatable and can soothe your soul, some may say the same for the other two since they all can be used as an outlet for times we wish to forget or for those times we wish to celebrate.

Social media platforms such as Instagram help promote songs with different challenges but dance challenges are usually the biggest ones. This sort of branding and free promotion works well for artists that just want to get their music out there.

Cardi’s “WAP” video showcases seductive choreography and had many people following along after its release.

This extra sexy dance involves lots of dry humping and movements that look like a great workout of sorts but isn’t one you would want your ten-year-old child doing.

Popular public free platforms like Tiktok, make it easy for young kids to post the dance and share it with their friends or the world which takes the fun out of a song meant for adult eyes and ears. This leaves young children susceptible to predators who can watch children do provocative moves in a matter of minutes.

Even though this song may open the door for parents to talk about s-e-x with their children, I doubt any parent really wants their child singing this,

This song, along with others from hit music artists are good examples of how music is evolving to include more mature content and themes to sell to listeners no matter their age.

Does this ultimately mean they want just sex and drugs? Possibly?

Though some artists sing from real experiences both good and bad, their personal lessons could also lead many to partake in their own that follow suit instead of checking for signs of a toxic relationship.

Ariana Grande’s 2019 hit, “Break up with your girlfriend, I’m bored,” talks of her separating her love interest from his current girlfriend to satisfy her needs. This could lead to a toxic situation if taken seriously and prove detrimental to all parties.

It’s no secret that some music genres like hip-hop and rap help to exploit women and stereotype them for only being good for sex and arm candy. Even though hip-hop is about more than that it’s hard not to miss the vulgarity of what some male rappers say about women and their bodies.

Shock and criticism follow some female rappers that demand control of their bodies and flip it back on men.

For example in the song “WAP” Cardi B raps the now-infamous lyric “I don’t cook, I don’t clean, but let me tell you how I got this ring,” informing listeners that she hasn’t succumbed to basic gender roles even in marriage.

Some may find this song a powerful form of women empowerment and sexual expression while others call it vulgar and dangerous for young minds.

Even though the artists talk only about their bodies there is a direct correlation between sex and monetary and material gain. This tells women that their general worth is based on how wet their pussy is which may encourage young girls to do the same for what they want from a man instead of getting it on their own and relying on themselves.

These kinds of lyrics can impact the impressionable minds of the younger generation by telling young girls they can do ‘A’ to get ‘B’ and young boys that exploiting and objectifying women is acceptable and sometimes admirable.

Parents should be the ones to control or monitor what their children watch but social media makes it hard minds to avoid it completely.

Music also sometimes teaches us that women have to be sexy for men to be into you, which puts a lot of pressure on women to fit unrealistic beauty standards and forces them to consider plastic surgery and compare themselves to others with privilege and money.

Music holds a lot of weight since it’s what drives a lot of people to feel/relate to different emotions but as music evolves what does this do to the subconscious mind?

Even if you don’t listen to pop hits like Bruno Mars “That’s what I like” or more recently such as BTS “Dynamite”, you’re sure to hear it subconsciously playing in the stores you go into or some of the places you visit in the background which may lift or sometimes lower your mood.

Now imagine listening to music that talked about a really bad/toxic relationship or one that exploited women for only being good for what’s between their legs?

This could lead people to believe the things they hear or maybe change their perspective on a relationship they’re already in.

“Can’t feel my face” a popular 2015 hit by The Weeknd is a song about drugs, cocaine and abusing it with a female partner.

The kid’s choice awards nominated this song for ‘Favorite Male Singer’. These aren’t the best tips we need to broadcast to a younger audience.

Though sexy songs about getting your freak on are wildly popular, you also have the songs that talk about love, breakups, loneliness, anger and you guessed it more sex. Even though those aren’t the only kind of songs out there, in a study by Lawrence Technological University, it talks about how popular music lyrics are becoming angrier and sadder over time while expressions of joy decrease.

“Since the researchers analyzed the most popular songs in each year, the study does not show that music changed, but in fact that the preferences of music consumers have changed over time.”

Music consumers taste in music changes over time given where we are in the world and how we culturally consume.

I think that overall if music gave out life lessons that worked for everyone and everything we wouldn’t need therapy or pizza.

Racism in the Beauty Industry: A Much-Needed Makeover