New York Gal » Songs to Get You Through That Snow Day

Songs to Get You Through That Snow Day

When the snow is falling and you're stuck at home, put this playlist on and indulge in some hot cocoa. 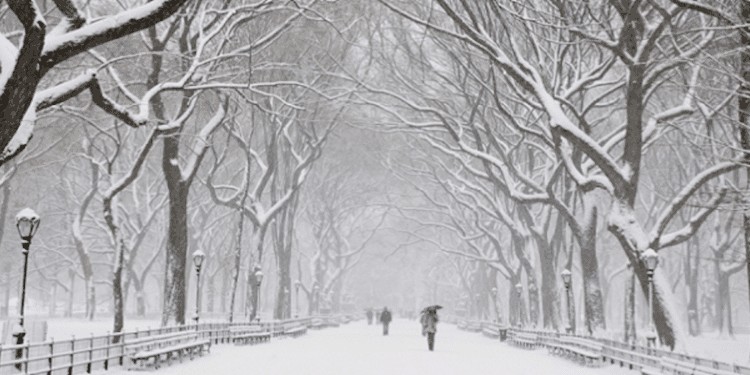 Last week NYC had its first snowfall of this winter and we are beyond excited. This means the holidays are approaching, along with days off and snowy days spent inside. Oh, and not to mention, the glittery dress season is here too.

We will be making Christmas playlists and a New Years Eve one too. For now, though, we made the perfect 10 song collection for when work or school gets canceled. Or, you just decide to take matters into your own hands and safely opt out of traveling and leaving your apartment. It’s almost too exciting waking up and seeing snow dusted of the street and on the tops of buildings. It’s similar to the first hot summers day when everyone’s mood seems overall lifted because of the weather.

Yes, there are major delays on the subway and roads. Even NYC pedestrians seem to have slowed down a bit. Who wants to end up on an “icy falls” compilation Youtube video, anyway? Which adds to the reasons why you should stay in. If you have the option that is. Being out in the snow is fun, for about an hour. Until your boots and bottoms of your pants are soaking with a brownish sludge. Looking at it through a window, while wearing your PJs and drinking a hot drink is a much better way to enjoy a snowstorm.

There’s an incomparable stillness when watching flakes float down from a low, cloud-covered sky.

It’s a happy kind of somber, one that is more comforting than melancholic. And so, with those feelings on a cold, wintery day, we felt obliged to add Julien Baker, Phoebe Bridgers and Snail Mail to the playlist.

In Baker’s song Turn Out The Lights she sings about facing up to her own problems because only she can deal truly with them. Bridger’s song, Smoke Signals, complains about a lack of communication with someone of great importance. Not only that but in the part of the song, which she sings about escaping from the world and problems, could be what a lot of people do on snowy days. By staying in with that someone and watching the light outside grow and fade.

Not everyone enjoys the snow. After a while, even those that do can get a bit irritated from being indoors and wearing 10 layers everytime they leave the house. Honestly, it’s a work out having to put on and then take off so many clothes. Lil Peeps captured that feeling of annoyance in his new posthumous album Come Over When You’re Sober Pt 2, in Runaway. The title is self-explanatory.

After watching Mac Miller’s tribute concert (amazing, go and watch it now), I, possibly quite tardily, discovered Njomza while she performed. She has a whole album very suitably named sad for you (amazing, go and listen to it now). Although all of those songs would have fit, the song with the same title was a great addition to an already solemn-filled playlist.

Christmas is coming. That doesn’t mean we wanted to make a premature Mariah Carey filled playlist just yet. We tried to add some songs that were actually about snow and winter – minus the Christmas. We lightly apologize for it.

Red Hot Chili Pepper’s Snow, Taylor Swift’s Back to December and Khalid’s Winter were the ones we felt would invariably make it feel a little bit more exciting to listen to while watching the snow build up outside. Plus, they are kind of sad too.

“But the days get harder in November/Love grows colder in the winter/All the things you say, I’ll remember/Promise that you’ll keep my love with ya”

Lastly, snow is fun and we didn’t want it to be entirely depressing or “relaxing”. You’re spending the day at home after all! In Roses Gabor’s song I Could Be Yours, it brings a slightly more upbeat mood to the playlist. She proposes that she could be someone’s someone along a dreamy, 80s inspired beat.

English rapper Loyle Caner’s song Ottonlenghi is both an ode to the chef and detailing his accomplishments. He raps about a cooking school that he opened for children suffering from ADHD, something Caner has too.