Songs to Make You Cry Buckets

The songs to help you wallow in your depression. 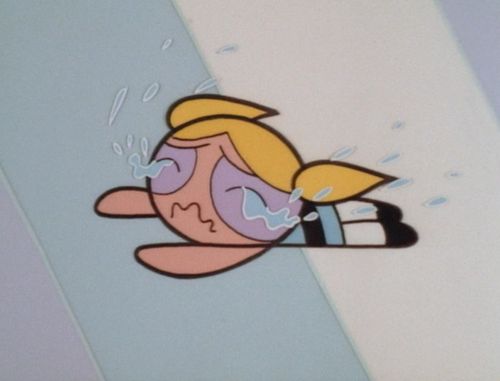 It’s cold. Everyone is staying inside. Our jeans, jackets, and jumpers are covering us more and more.

While the days get shorter our leg hair is left to grow and gets longer. We wanted this though, remember? The last few weeks of summer outstayed their welcome for long enough to make us reminisce about colder, duller days.

Unlike summer, the rad part about cooler months is there is no expectation of what your happiness is supposed to look like. Autumn doesn’t have an idealistic reel that has played in our heads like the summer we never had. Hazy dusks in shorts on a beach somewhere surrounded with beautiful people.

It’s acceptable to stay in and miss a few events. Yay.

It isn’t that you’re sad, sad. What everyone is feeling is possibly a content sadness. Matched with the weather, all you want to do is stay indoors, alone and adapt to a mellow routine. At least until next summer.

For this playlist, we tried to match that mood with some melancholy songs.

Ones to listen to when one is feeling more meh than happy. As the title states, this list is When The Party’s Over, and some other similar feeling songs. Billie Eilish released her latest, and probably most depressing single earlier last week. Her angelic voice aches along to this slowed down beat. Many of her fans recorded themselves crying to it.

Then, there’sAvril Lavinge. I’m with You, from her first album, Let Go is about being lost, in case you didn’t own this album and play it on repeat as a kid. She’s lost in a town on a damn cold night, in a situation, and in life. She’s waiting to be found and wondering why no one is looking for her.

It has been proven that sad songs can actually make you feel better. If that’s the case, there are also some songs that will make you cry, and possibly make you feel ecstatic. Ed Sheeran sings about Autumn Leaves, which makes for a perfect match. And a teary one. It’s about life and death, as he sings…

Similarly, Jorja Smith’s Goodbyes is a painfully heartbreaking song about losing a loved one.

“How could we know/That there wouldn’t be tomorrow?”

She asks, less certain than Sheeran’s song about the timing and end of a life but nonetheless giving us a stark reminder that we just never know.

Shiver by Lucy Rose is about losing a lover, but not from death, instead, it’s a “what if” tribute about someone that shouldn’t have been let go. Although things were bad at times, she notes, no one can make her feel the way that person did. And never will. Pass us the tissues, please.

Banks knows that if she lost this person, in Someone New, that she would be feeling that way too. Yet, she knows that she needs time alone, for herself and them. She begs them not to find someone else though, during this process that she reassures she will get over and return to whoever she sings about…

“Baby, be patient for me/And please don’t fall in love with someone new/I promise, one day I’ll come back for you”

Permission is given to a thoughtless person, for them to continue hurting Lâspley in Hurt Me. She sees it as inevitable because the relationship appears to be dwindling out. In some ways, she seems to be asking them to do it as a way for them to stay for longer.

Of course, sad songs can be more than acoustic, slowed-down music.

Foster The People’s Pumped Up Kicks, Kanye Wests All Of The Lights and especially The Killer’s Mr. Brightside are all popularly sung along to, but for the people that are unaware of the other two songs being somewhat pessimistic, google the lyrics.

For that reason, and for it not to become a “before bed” playlist (which is a great idea, thinking about it) we added SBTRKT’s Temporary View ft Sampha. The two have collaborated on more than a few occasions, resulting in the popular, and also the somber song, Hold On. The former being about a quick-fix of happiness, namely a one night stand.

Lastly, bilingual singer, as in she combines Spanish and English in her songs, Empress Of isn’t playing the victim card. In this situation, she is the dumper in When I’m With Him. And it’s screwing with her cabeza. Ending a relationship is undeniably hard on someone, as they are made to feel like a bad person. A failed relationship is hard on both parties, even the one that calls it a day…