How to Make Your Morning Commute Suck a Whole Lot Less

Dreading your morning commute? Here are some tips on how to improve it.

It’s 8:40 am on a Monday and you have no idea when that train is coming. The ETA on the screen above the platform just says “DELAYED,” without any indication of whether or not it’s even on its way. You think of just giving up and calling an Uber. But, then you remember that the morning traffic is no joke. And, there’s no way you’re going to make your way out of the overly packed subway platform.

After what felt like an eternity, the train finally arrives. But, it’s literally like a ton of sardines packed tightly into a can – you have no idea how you are going to fit on the train. You muster up all the strength you have in your body to fight your way on. Any sort of idea of personal space is forgone and you are right under the armpit of a stranger. The train seems to be going five miles per hour and stopping too frequently due to “train traffic.” You’re frustrated, agitated, and exhausted. The worst part is that it’s only Monday.

This scenario is way too familiar to all of us. It’s times like this that I really wish teleportation existed. But, that’s not going to be created during our lifetimes, or perhaps ever.

In the time being, we need to deal with this way of transportation. I don’t know if it’s only me, but it feels like many New Yorkers are nastier and crankier during the winter holidays than during any other time of the year, ironically. Perhaps it’s not the “most wonderful time of the year,” at least not in this city.

The truth is, we can’t make the MTA better or force our fellow commuters to be less douchey. However, there are small changes you can make to improve your morning commute. These tips aren’t going to miraculously change your commute, but they can definitely make it more tolerable. 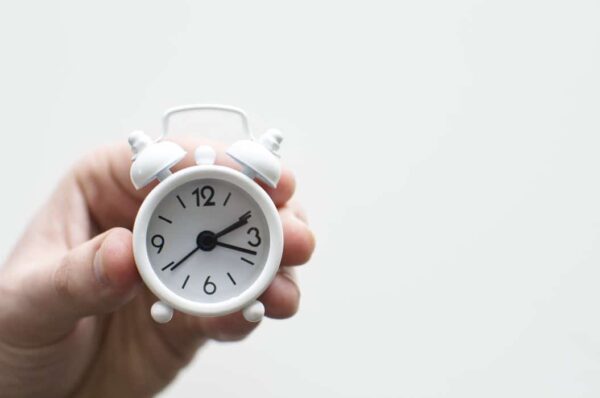 This sounds like a no-brainer, but leaving your apartment a few minutes earlier could score you a seat in an uncrowded subway car. Trust me, I’m so not a morning person, so I get it, it’s hard to get out on time, let alone early! But, on days I manage to be early, the difference of my subway ride is like day and night.

Instead of wasting those 10 minutes sipping on my morning coffee, I pour it into a traveler mug and drink it on the train. If your job pays you enough, it might be even worth skipping making breakfast and just grabbing something at a café near your work. Or, use the coffeemaker in your office if it has one. Whatever you can do to walk out the door earlier, will help!

Distract Yourself During the Ride

What makes the subway ride more annoying is thinking about the fact that it’s annoying. I know it’s easily said than done, but try to focus on something else. Personally, I’m a big fan of podcasts, and I listen to the New York Times’ The Daily podcast.

But, if the news and politics isn’t your cup of tea, there are dozens of podcasts you could listen to – there’s a podcast show for almost everyone. Or, get an audiobook of that book you’ve been dying to read, but never have the time for. Depending on the length of the audiobook and the length of your commute, it could entertain you during your morning commutes for a month!

Make sure to download the podcast episode or audiobook onto your phone, rather than just streaming it, because you wouldn’t want it to cut off due to the signal lost during the ride.

Use the Time to Practice Self-Care 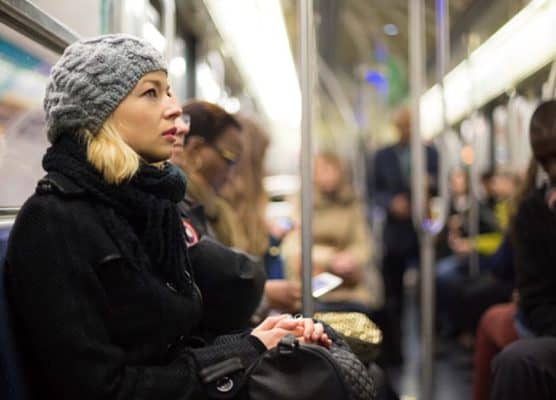 Similar to the last tip – instead of viewing the commute as lost time, view it as time gained. You’re probably busy from the moment you step into the office to the moment you leave. You hardly have any time to yourself during the day, so take this commute as time to take care of yourself and your mental wellbeing.

Perhaps you can start by showing a little gratitude for the things and opportunities that youdohave. Or, draft a text or email to a friend you’ve been meaning to reach out to. Repurpose that negative energy you have towards the commute into something positive and useful. 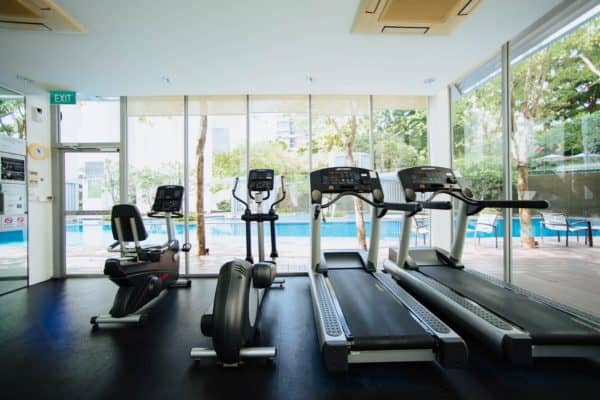 Again, I’m so not a morning person, so working out before work is out of the question for me. I like to work out at the end of my day, so I don’t need to rush to go anywhere. I like taking as long as I want at the gym. But, one of my close friends only can work out in the mornings. She says if she doesn’t work out first thing in the morning, then she’ll never get to the gym. If this is the same case for you, then you might want to consider going to a gym that’s closer to your work. Use that gym membership benefit that your job offers you. Not that many folks are on the train at 6 or 7am.

And, if you’re anything like my friend, that morning workout will energize you for the day. Since you’ll already be near work, you wouldn’t need to worry about that annoying commute. Just make sure the gym has showers, as your coworkers probably won’t appreciate you stinking up the office. 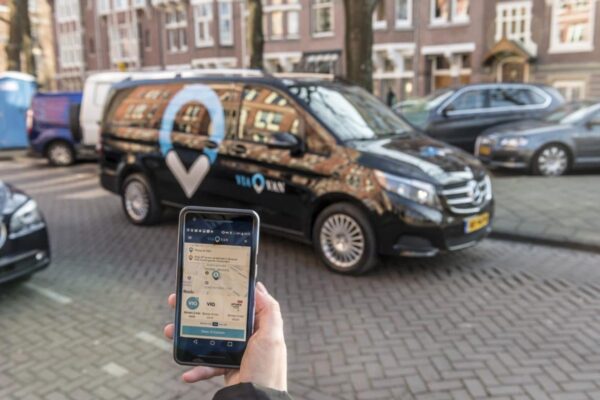 If you want to ditch the subway and bus completely, then you might want to try using Via. Via is an on-demand transit system that takes multiple passengers heading in the same direction and books them into a shared vehicle. Think of Via as a bus that’s smart enough to come when you want it and where you want it.

A ride starts at less than $5, but might be more if your work is farther away. But, for the most part, it would be $2.25 more than a subway ride. Assuming you use Via only in the mornings, it’ll cost you $11.25 more each week than subway rides. Most companies cover transportation fees, so you might want to chat with HR and Via. If they give you monthly unlimited MetroCards, which cost $121, you might want to ask them if you could use that amount towards you Via rides instead.

How to Pitch to NYGal Personal and NYGal Opinion 15 Foods You Must Eat Before You Leave NY

When it comes to one of the best things that New York has to offer, it’s more secret that food is one of them! Whether you’re looking for something sweet to eat... If there's one thing I know by being an avid concert-goer, it's concert venues. More specifically, Brooklyn concert venues. One of the greatest things about Brooklyn on top of its shopping and... How To Clean and Perfect Your Resume

When it comes to landing your dream job, the key lies in having the perfect resume! Whether you're looking for the best New York jobs or you're just browsing, these are some...