The striking statistics of sexual assault on the MTA and what you can do about it. 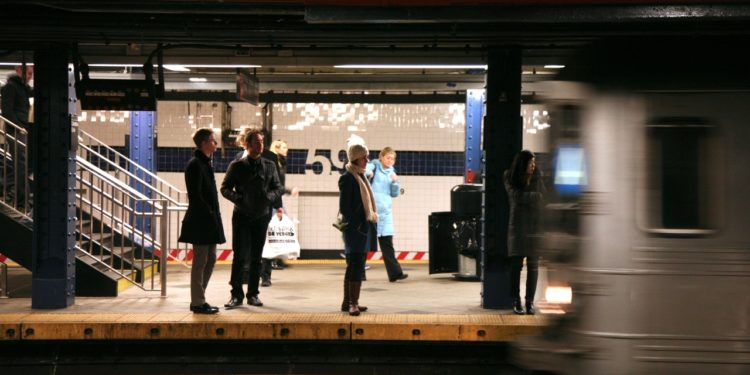 More than 3,200 people experienced sexual assault or sexual harassment on the NYC subway system in the last five years. These incidents include a wide variety of sex crimes.

And more than 40 percent of those sexual assaults and sexual harassment crimes go unsolved.

These stats are startling, yet not at all surprising.

Nearly 60 percent of women say that they have been sexually harassed.

And 43 percent of those said they were sexually harassed while in transit.

Sexual assault and sexual harassment are two of the biggest, hot-button issues plaguing American society today. Discussions around consent, lewd behavior and inappropriate conduct exploded in the wake of the Brett Kavanaugh and Christine Blasey Ford debate. But even before this, sexual harassment was a problem.

And the crazy thing is that people acknowledge that it’s a problem. 88 percent of men and 89 percent of women agree that sexual harassment is a problem. And yet these numbers show that while this behavior is seen as wrong, it doesn’t seem to be wrong enough for people to do more to eradicate it.

And one of the biggest places where sexual harassment runs rampant is on the MTA.

In the last three years along, reported sex crime numbers increased by 52 percent.

It’s likely that in some form or another, you or someone you know has experienced sexual assault. If you’re not sure, let’s break down what exactly this behavior entails.

What Is Improper Sexual Conduct?

Sexual harassment on the MTA comes in a variety of forms.

This sexual misconduct experienced on subway cars comes in the form of public lewdness and inappropriate sexual language that makes you feel uncomfortable. It can also manifest in ways more physical like forcible touching and sexual assault.

Here is the definition according to the MTA:

Hundreds of people experience sexual harassment on the New York City public transportation system. It’s a sad fact that the thousands of women living in the city must live with. But you don’t have to take it lying down.

If you’ve experienced sexual harassment or even sexual assault while on the NYC subway, there are a number of actions you can take.

What To Do After Experiencing Sexually Inappropriate Behavior

The first thing you should do after you experience such lewd and inappropriate behavior is to call the police. Seek out police officers or find an MTA employee. These people can help connect with you with the necessary resources and professionals to report the incident.

You should never be made to feel uncomfortable sexually — on the subway or off. And these crimes should be taken seriously.

Filing a police report or reaching out to an authority figure isn’t always the easiest thing to do. But it may help track down the perpetrator and stop these incidents from occurring again.

Even if you yourself aren’t a victim, but you see someone attacking or harassing someone else, you should still take action.

Another thing you can do is reach out to a number of different hotlines and online communities. These resource centers can connect you with support groups, medical professionals and others that can help you throughout the healing process.

For a more thorough breakdown, check out our piece on how to help someone who’s experienced a sexual assault.

Such behaviors and experiences can’t be forgiven or forgotten easily. But it’s a sad reality that millions of people in the city of New York face on a daily basis.

And it’s one that no one should ever have to experience.

There needs to be a real discussion in this country on how society perceives sex crimes. And while that conversation is gaining traction, there is still a long way for our country to go before real change takes action.

Road Trip Songs That'll Have You Singing Along